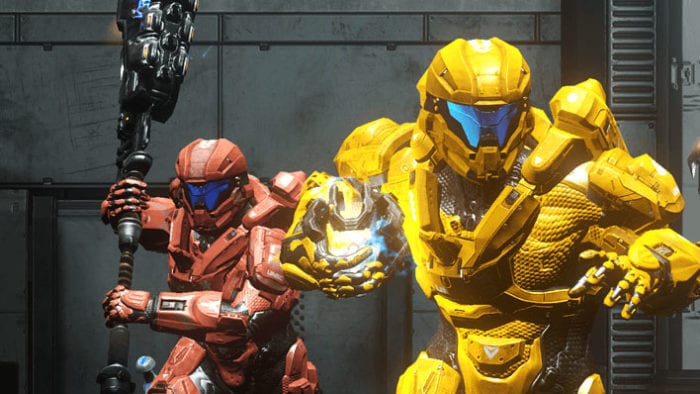 The last update to Halo 5 added Grifball, a variant on the Assault game mode that’s quickly grown popular since it first arrived in Halo 3. Now, there’s a new-ish version of Assault, and it takes the sci-fi series to a more magical bent. That’s right, Quidditch is now a part of Halo 5.

This mode, created in Forge as a Grifball variant, comes to us courtesy of xXHugabearXx. Similar to the game in Harry Potter, players throw the ball into a goal post for three points, along with scoring a point by killing an enemy with a Gravity Hammer. You can check out how it plays in the video below, and you can find both the map and game type by searching “Quidditch Arena” and “Quidditch”, respectively.

Tragically, there’s not a Golden Snitch to be found for maximum points. The closest thing would be that whoever holds the ball is gold, but life expectancy is a bit short in that regard. There’s also no Lee Jordan providing play by play commentary, which is a different tragedy all to itself.