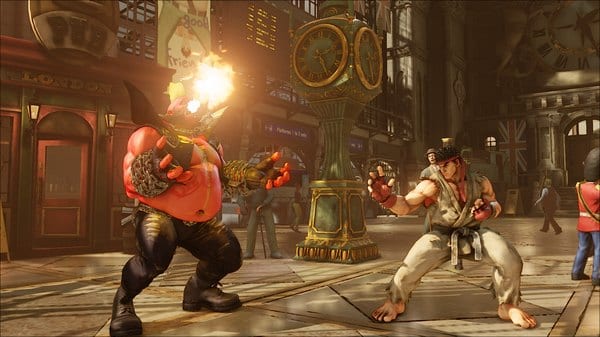 Even a baby can beat Street Fighter V, and we mean that literally.

A video surfaced earlier today showing a 6-month-old baby beating the story mode for Birdie in Street Fighter V. With nothing more than their father holding them and a pad to hit, they managed to plow through a story mode that many users have taken to calling threadbare.

Street Fighter V has divided the fighting community recently; some have alleged that the game is in an incomplete beta state. Others have pointed out that the release, while not having all of the intended features implemented yet, was purposefully rushed to market in time for competitive fighting players to use it. Added server issues present upon launch have further complicated the matter.

A new Street Fighter V content update is just around the corner, one that should address many of these concerns, adding additional features and Alex, a DLC character.