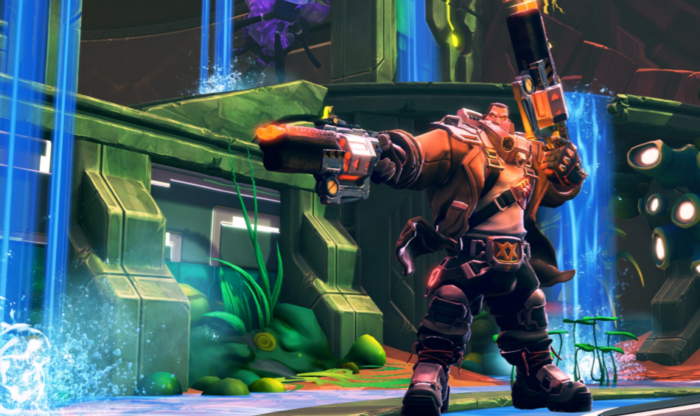 Now that Battleborn has gone gold, Gearbox is talking about their plans for the MOBA-shooter after the game’s May 3 release on the PS4, Xbox One, and PC. Like with Borderlands, you can expect a season pass and plenty of free stuff to come your way in the future months. The season pass will cost $20 and contain five DLC packs that each have new PvE side stories, skins, and taunts.

You can also buy each DLC pack separately for $5 when they come out, though Gearbox hasn’t given a window as to exactly when we can expect these to hit. If you buy the $75 deluxe digital edition, you get the season pass included with it, along with some extra cosmetic stuff.

Other cosmetic options for Battleborn will be sold via microtransactions, the pricing of which hasn’t been revealed, but Gearbox has admitted that these won’t affect gameplay in any capacity. As far the free content goes, there’ll be five new characters, maps, balance tweaks, modes, and community features, plus some extra stuff. Who can say no to free?