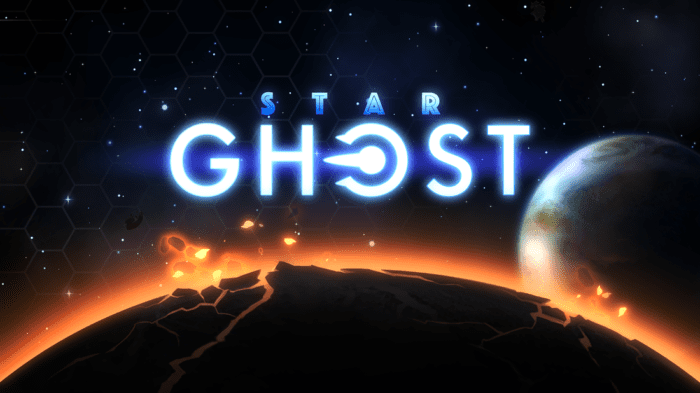 Retro Studios has made quite a name for itself in the video game community, as the developer for some of Nintendo’s contemporary classics, such as the Metroid Prime trilogy and the newest Donkey Kong Country games. The A.I. Lead over at Retro Studios, Rhys Lewis, parted ways with the company after the release of Donkey Kong Country: Tropical Freeze to found his own company by the name of Squarehead Studios.

The blossoming studio is nearly ready to release their first title to consoles, set on releasing an arcade-style shoot-em-up for the Wii U eShop titled Star Ghost. The game is essentially a souped-up version of Star Drift, their first project on iOS, with some intriguing new components.

Star Ghost features neon visuals, similar to Geometry Wars, boasting procedurally-generated levels spanning across 12 star systems to blast through. Another big selling point is the soundtrack, which is composed by David Wise, the renowned composer for the Donkey Kong Country series and the still-in-production Yooka-Laylee.

Additionally, Star Ghost will also include off-TV play through the GamePad, which is always a treat. Hopefully, Lewis’ experience contributing to some of the most beloved games to grace Nintendo’s hardware will lend a hand to Star Ghost being another excellent addition to the Wii U’s digital library. Plus, lasers.

You can nab your own copy of Star Ghost when it releases on the Wii U eShop on March 10th. For more information on the Squarehead Studios and the game, you can check out the official site right here.