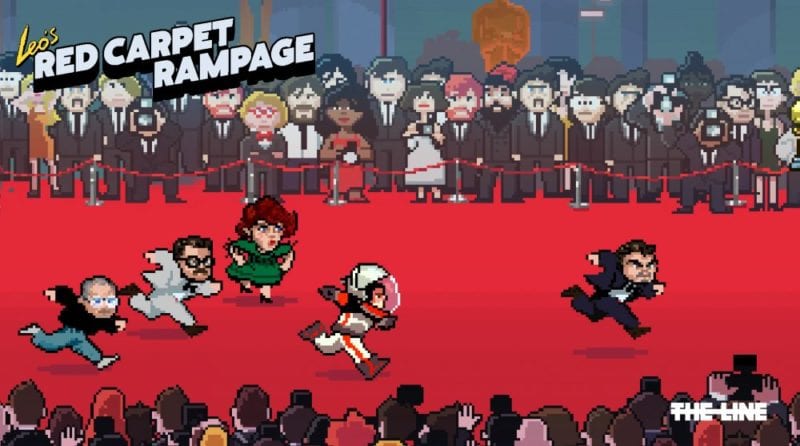 We’ve all heard of that acting guy, Leonardo DiCaprio. Been in a lot of films, most of them involving Martin Scorsese or him dying. To a lot of people, Hollywood has yet to recognize his genius and give him the Oscar he so rightly deserves after having to take a lot of drugs and get possibly assaulted by a bear. Fortunately, if you so choose, you can correct this yourself with the Flash game Leo’s Red Carpet Rampage.

The game is pretty simple: you sprint down the red carpet in the hopes of grabbing an Oscar. While you run, you need to avoid those pesky paparazzi and take on challenges that’ll help you gain that oh, so coveted award that’s slipped through his fingers. One such challenge involves mimicking DiCaprio’s hilarious car crawling scene in The Wolf of Wall Street, appropriately titled “Quaalude Overdose”. Others include “acting harder”, or finding the black nominee from a lineup (that one’s pretty short this year). You can also race against other Oscar nominees such as Matt Damon. If this at all sounds interesting to you, you can play it here.

The Academy Awards will hit TV screens on Sunday, February 28, which gives you more than enough time to practice. If you’re reading this yourself, Leo, this would be a good consolation prize if you don’t win for The Revenant…