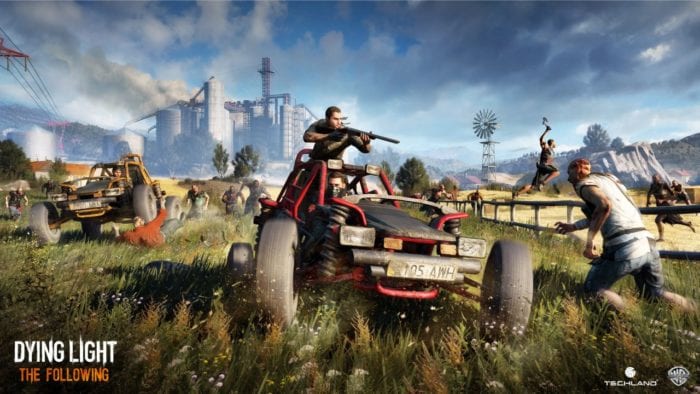 Dying Light: The Following lets you do some really cool things. One of those is the ability to ride shotgun with one of your friends as you speed around in one of those slick new Buggies. There’s nothing like cruising through the Countryside blasting infected with your firearm of choice, and just singing at the top of your lungs. Who new that a zombie apocalypse could provide such good times?

But you may want to be extra careful while enjoying The Following’s vehicular mayhem. The player in the back can pop out to get a clearer view or take out some enemies at break neck speed. If the driver crashes you may lose a bit of health, but if they hit something breakable you’re toast.

Take a look at this poor soul above. Just joyriding with his best pal in the whole world, but you can see he senses something wrong. He looks up frantically, “slow down!” he screams to the driver. But he was too late. That little picket fence was tired of people racing by and decided to do something about it.

All it took was a split second and a bad drift. That fence took all 200 health points in an instant and left the poor player on the side of the road. Just another body in this world of death.

Don’t become a statistic, keep your head inside of the moving vehicle at all times. The infected are hungry, and your corpse at the side of the road would make a great entree.