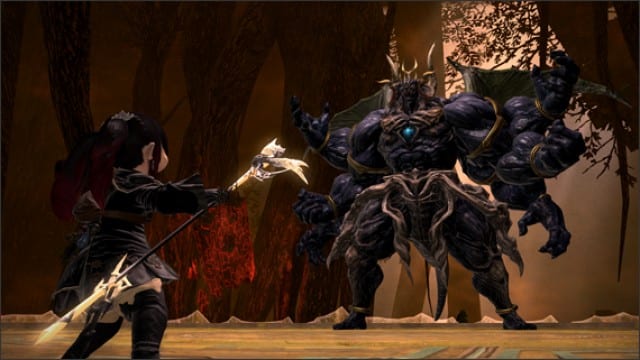 Final Fantasy XIV’s director Naoki Yoshida recently had the chance to sit down with Famitsu, as he and the FFXIV development team are prone to do every now and then, and provided more details on the next FFXIV update, Patch 3.2, The Gears of Change. The interview, translated by BG Forum user Slycer, goes even more in-depth on what we already knew about Patch 3.2 as its Feb. 23 release date quickly approaches.

Arguably, the most notable piece of information from the interview was the thought process behind the upcoming changes to tanks in 3.2. Many fans know about the changes to VIT and how it will effect damage, but it is good to hear Yoshida reaffirm his commitment to buffing jobs that need some help like Paladin, instead of nerfing jobs currently in the spotlight such as Warrior. Here’s what Yoshida had to say about the issue to Famitsu:

“In patch 3.2, will the tank adjustments be carried out individually?

Yoshida: No, it’s different from that. Each of the three tank jobs has attacking and defensive stances, and the main adjustment will be to return the advantages and disadvantages of switching between stances on the three jobs to level the playing field. In patch 3.2 we changed a number of calculations and made upward adjustments for the jobs that did not reach the assumed numerical values. We did not reduce the numbers for any particular job to balance the tank role jobs.

So it’s upward adjustments across the board?

Yoshida: No. Because warrior was originally strong, it’s been left alone. It seems there were some rumors and people were sure Fell Cleave would be adjusted, but we didn’t make any changes to that.

Yoshida: Fell Cleave is certainly quite strong, but I don’t think it needs to be adjusted for job balance. To even out the jobs this time, our basic policy for the adjustments was that the gaps would be addressed by making upward adjustments.” via BG Forums, Famitsu translation by Slycer.

Longtime Square Enix MMORPG fans that date back to Final Fantasy XI can tell you how a job can be useful one day, and nerfed into oblivion the next. It’s nice to see that the FFXIV seems to be more careful regarding job balance.

Tanks aren’t the only jobs getting adjustments either.  Yoshida also spoke about the following change to the Bard ability, Warden’s Paean.

“Are there any adjustments planned for Warden’s Paean?

Yoshida: Expect it to have the effect of Esuna. Not only will it be able to prevent future abnormal status effects, but it will also be able to erase currently inflicted debuffs. The cast and recast timers were also adjusted to match the effect.” via BG Forums, Famitsu translation by Slycer.

“How often do you plan to perform PvP balance adjustments?

Yoshida: We plan to do them most frequently with the “3.X5” patches this time around. There are many players who participate in PvP who have the opinion that things should always be changing. In the past, we did not want to change things too much to avoid having a different set of rules for PvP and PvE, but we got too hung up on this and eventually wound up not satisfying either of those, so we plan to perform action adjustments on the PvP side frequently moving forward.

And some of these may be large-scale balance changes, for instance?

Yoshida: The large-scale balance changes will be performed to match the timing of when seasons begin.” via BG Forums, Famitsu translation by Slycer.

Also, Yoshida spilled some more information about the newest primal fight, Sephirot of the Warring Triad. According to the interview translation provided by Slycer, Sephirot will NOT be tied to the main scenario. So players can go straight for the Sephirot normal fight, and if they win, can then go and challenge the extreme version as well. Yoshida also provided more clarification about how the boss fight will progress which may include a jump rope mechanic.

“In the trailer, it looked like the boss became huge during combat…?

Yoshida: The second half of the battle was starting at the end of that scene. After Sephirot falls off, he becomes huge and uses his ultimate technique. After that, he remains that size for the rest of the fight.

I heard that you were joking about a “large jump rope” with the people in charge of development, did we get a glimpse of that in the trailer this time? I feel like we didn’t see it in the “baby Sephirot” scene.

Yoshida: No, you can’t see it in the trailer. It’s after Sephirot gets bigger. Once you see the mechanic you’ll feel like “what’s going on?” and then you’ll see it and be like, ‘oh, there it is!'” via BG Forums, Famitsu translation by Slycer.

You can read the full English translated version of the interview at BG Forums. It’s definitely worth a look if you want the full breakdown on the push towards a more popular PvP mode in FFXIV, more job adjustment information, some additional Alexander news regarding mobility in the fights, and more details on the training modes.

Excited for Patch 3.2, The Gears of Change? Sound off below FFXIV fans.