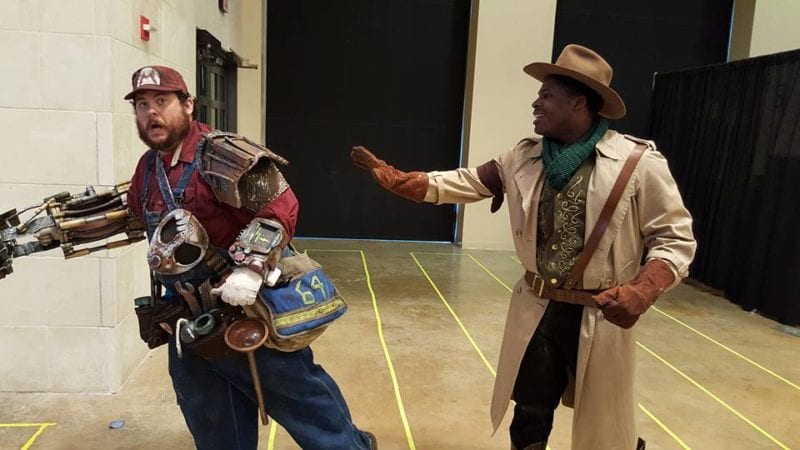 With a pip-boy, a little rust and a lot of dirt, almost any franchise can be mashed up with Fallout. Even the smiling faces of Nintendo aren’t immune to nuclear fallout, and thankfully we have the Fallout Mario cosplay to prove it.

Reddit user 3dbdotcom starred as Fallout Mario at this weekend’s PAX South. He made all the costumes himself, with his wife and friend starring as Peach and Luigi.

All three of the dirt-caked Mario characters wandered the convention floors, posing with fellow wastelanders and getting the hell away from Preston. You can check out their pictures in the album below.

What Fallout crossover cosplays do you want to see? Let us know in the comments, and for more, check out some of today’s top stories below.