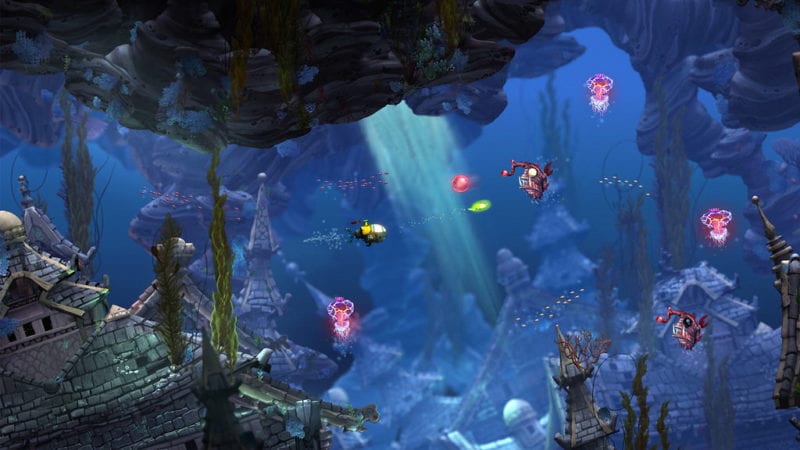 Insomniac Games CEO and company Founder Ted Price has announced that their recently announced title Song of the Deep is going to be published by Gamestop in what Ted Price calls a “non-traditional developer-publisher relationship.”

According to Price, Insomniac Games will have full creative control over the game “and GameStop has been incredibly collaborative and supportive of everything we’re doing.” Instead, Gamestop will be handling the games marketing and promotion.

Gamestop will also be the only place that gamers will be able to buy physical copies of the game, but digital copies will be available on the PlayStation 4, Xbox One, and the PC.

There will also be tie-in toys, PopVinyls, and other Song of the Deep merchandise which will only be available for purchase at Gamestop. By teaming up with Gamestop, Insomniac Games Song of the Deep will be sold as a triple-A game.

According to IGN, Insomniac Games decided to work with Gamestop after Ted Price met up with Gamestop’s Mark Stanley at Insomniac’s Burbank offices. Ted Price explained that “We’ve all noticed a resurgence of indie titles over the years, and what’s awesome about that is that the smaller titles tend to take more creative risks and deliver something that’s very different than, say, the triple-A, more realistic titles. For us as a company that thrives on creativity and loves building new worlds, that’s a place we love to be as well.” He also noted that “When Mark and I were talking about how the market’s evolving and looking ahead and bringing more to players, we started connecting on that particular topic, and we were serendipitously working on a pitch for Song of the Deep, and sparks ignited.”

While Mark Stanley was asked if Gamestop are interested in publishing more games, he didn’t answer, instead noting that the  company will wait to see how Song of the Deep does before deciding what to do next.