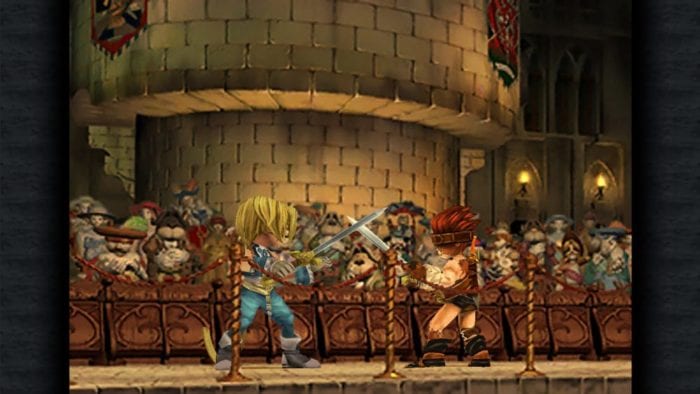 On the last day of 2015, Square Enix surprised gamers by announcing that they will be porting Final Fantasy IX over to the PC and smartphone early this year. Final Fantasy IX’s Steam page recently went live, revealing that the upcoming port won’t be a straight port either.

The Steam page shows that Final Fantasy IX will be getting an autosave feature, as well as achievements and high-definition movies and character models. While the character models themselves like nice, they do contrast a bit from the low-res backgrounds, but I guess that can’t be helped. Final Fantasy IX will also come with seven boosters, which the Steam page revealed will include a high-speed mode and a no encounter mode. This means you’ll be able to turn off random attacks from the wildlife/Alexandrian military when you just want to continue the story.

Final Fantasy IX was originally released for the PS1 back in 2000, but was mostly overshadowed because it released near the end of the PS1 lifespan and was being developed at the same time as Final Fantasy X. The game was later re-released onto the PSN in 2010 as a PS1 Classic.

So what do you think of the new boosters, high-def movies and character models coming to Final Fantasy IX? Let us know in the comments below.