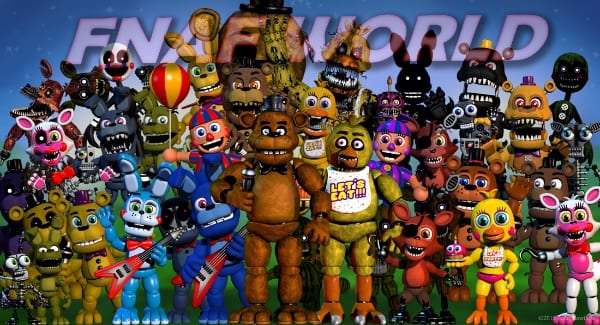 As I’m sure you’re well aware by now, Five Nights at Freddy’s is a series of horror games that has become rather popular over the past year or so. As such, series creator Scott Cawthon decided to make a series spinoff, titled FNAF World, an RPG where players take control of the creepy puppets that traumatized you in the original games.

FNAF World received a surprise early release on Steam yesterday and the reception was… less than desirable. There have been dozens of negative user reviews complaining about the unintuitive battle system, bugged mini games, and several other game breaking issues that plagued the new RPG.

After seeing the negative response to FNAF World, Cawthon himself issued a public apology on the Steam forums:

“Hi everyone.
This isn’t exactly an announcement that I’m enjoying writing, but it’s one that I feel I owe to the community.
You know, I’ve been accused of rushing my games ever since FNaF 1, but I’ve never felt that I’d released a game too early… until now.
There are a lot of features that this game should have had before release, features that I was told about, but ignored and didn’t implement. Features such as being able to see what abilities do during battle, or being able to see a stats page for your characters. These are features that any good RPG would have.
I got too eager to show the things that were finished, that I neglected to pay attention to the things that weren’t.
I’m going to fix this, and I’ll be updated the game with these features in the coming weeks.
So I say this to a community that I’ve enjoyed and respected for over a year and a half now- I’m sorry. I will continue to add features to the game and make it right.”

I’m not exactly a fan of Five Nights at Freddy’s, but I am a fan of creators who take responsibility for their own work. What do you think of FNAF World and the series as a whole? Will you purchase the game after it’s been patched?