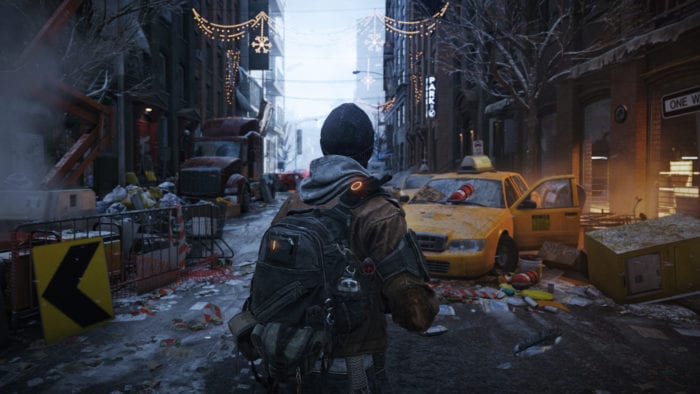 In this new gameplay trailer for Tom Clancy’s The Division, Ubisoft shows off what players can expect once they finally step foot into a post apocalyptic New York City.

In the trailer, the game highlights how players can make a difference rebuilding New York City. More importantly, the trailer also gives us a glimpse on some of the cooperative aspects of the game’s multiplayer. Using a variety of tools, such as turrets and portable cover — different agents work together to bring down what looks like a heavily armored cousin of Team Fortress 2’s Pyro.

At E3 2013, the game was officially announced but after plenty of delays the game launches later this year. Players can finally get their mitts on Tom Clancy’s The Division when it launches on the Xbox One, Playstation 4 and PC on March 8, 2016.

Are you excited to finally get to play this new game from Ubisoft? What are you expecting? Let us know in the comment section below!