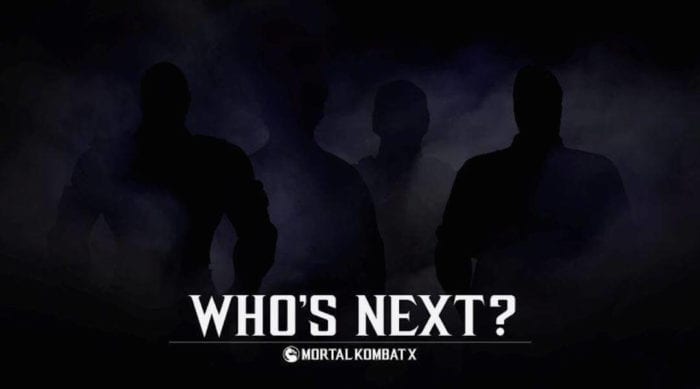 Ed Boon, the creator behind the Mortal Kombat series has sent out a little teaser that we may be seeing some new DLC for NetherRealm’s latest game, Mortal Kombat X. According to a Tweet he posted earlier today on Twitter, Boon said “Really looking forward to attending @thegameawards on Thursday with the exclusive reveal of ‘Who’s Next’ in MKX!” while displaying the image the company has used in the past to announce new DLC for the game.

NetherRealm announced back in September that’d we’d be seeing more characters get added to the game via DLC, and they would release sometime in early 2016.

The Game Awards take place this upcoming Thursday on December 3rd, and airs at 6PM PST/9PM EST. And aside form seeing who the next fighters will be in Mortal Kombat X, it was also promised that’d we’d be seeing 10 ‘world premieres’ during the show.

What characters do you hope to see them bring to MKX? Past DLC characters included Predator, Jason Voorhees, Tanya, and Tremor.

Mortal Kombat X released back in April of this year for the PS4, Xbox One, and PC, while the PS3 and Xbox 360 versions of the game have since been canceled.