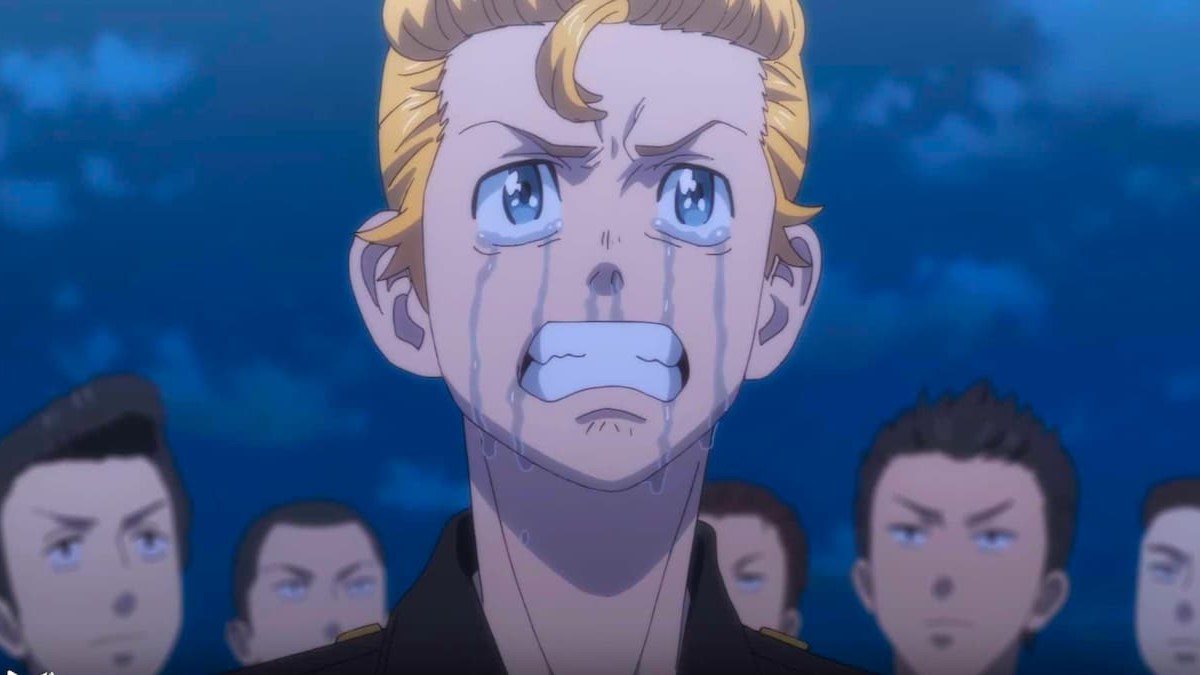 Takemichi Hanagaki is widely known as the Cry Baby of the Tokyo Revengers series due to his tendency to showcase sad emotions in almost every episode and chapter. Even if you fast-forward to a random scene or skip a page, you’ll most likely find him bawling his eyes out as he screams some character’s name at the top of his lungs. In response to this constant vulnerable state, some believe he is the weakest shonen protagonist out there, and I was initially one of the people who agreed with this assumption.

My first impression of Takemichi was not entirely positive, since there were times when I found him outright annoying as a fragile main protagonist. As you look through his history, you’ll see that he barely wins any battles, never gets physically strong, and makes a lot of mistakes as if he has done them on purpose. Because of this, it caused me to look at Reddit posts, where I asked, “When will Takemichi get stronger?” or “Does Takemichi ever get better?”

Yet, everything changed when I watched Tokyo Revengers a second time, and I realized how wrong and biased I was for ever thinking this way. I started to genuinely listen to various characters’ words as they expressed their admiration for Takemichi’s will to never give up. For instance, Mikey and Draken discuss how their world is full of good fighters, but only a few, like Takemichi, stand against others who are more powerful than them.

From then on, I discovered that I had been subjected to the standard of macho male shonen protagonists, and believed anyone below that was considered weak. Just take a look at all the famous characters in anime and manga; so many of them are unnaturally strong and buff, along with an untarnished record of victory against powerful enemies. On the contrary, Takemichi is the opposite of this persona and is instead tougher mentally than physically.

Unlike other anime, the main protagonist of Tokyo Revengers doesn’t get a training arc, nor does he get muscular over time. Nevertheless, this isn’t necessarily bad, since the only way this character can win the ongoing battle is by increasing his confidence and remaining loyal to his mission to save everyone as the Time Leaper. In particular, his words are why the gang avoids bloodshed, and a few enemies change sides due to his compelling speeches.

More often than not, there have been several times when Toman members ultimately give up during the battle, despite being extremely strong. Still, out of everyone on the field, Takemichi is the one that never backs down (even though it looks like he may die in every battle) and inspires the gang to keep going. In the manga, he eventually accepts his inferiority in brute strength and realizes his true power is his perseverance.

When comparing the character to other shonen underdogs, you can see how different his resolve is from heroes like Izuku Midoriya in My Hero Academia and Tanjiro Kamado in Demon Slayer. These protagonists aren’t powerful in the beginning — especially since Deku doesn’t initially have a Quirk — until they get stronger physically as time passes; ergo, they have something to strive for.

On the other hand, Takemichi does not have the same end result and works hard, despite knowing he will never be as robust as Toman’s leaders. His main motivation is to help his friends, displaying how selfless he is as a character and his bravery against formidable enemies.

Shinji Ikari from Neon Genesis Evangelion is another protagonist you can compare to Takemichi, because these two have similar journeys in regard to being known as frail individuals. While Hanagaki tries to see the value in his weaknesses, Shinji goes down a sinister path and views his inferiority as a flaw. That said, the Tokyo Revengers’ main protagonist could have succumbed to the darkness, but he changes it up by being optimistic about his situation.

Although Takemichi makes mistakes along the way, these errors accurately reflect what it means to be human. Of course, it may be frustrating to watch him fail repeatedly, yet that’s what makes him more relatable. We also have to remember that this character is fighting to save the future primarily on his own, aside from the few who help him in various ways. Therefore, it’s completely understandable that he continues to cry, especially when he has watched countless people die right in front of him.

Takemichi’s girlfriend, Hinata Tachibana, even commends him for crying and sees it as a unique talent because he allows himself to be openly vulnerable to others. In addition, Toman members rarely see his Cry Baby persona as a flaw but rather another characteristic that makes him more lovable.

Besides his tremendous mental grit and tenacity, what sets him apart from other stereotypical shonen protagonists is that he already has a girlfriend at the start of the series. Anime/manga typically feature long romantic journeys where the characters get together in the end. Nonetheless, Tokyo Revengers changes this aspect by allowing us to see the growth of their relationship, not to mention the fact that they are a healthy couple that generally communicates their feelings.

With all this in mind, you can undoubtedly say that my impressions of Takemichi have changed. Looking back, you can see that his losses are triumphs in disguise since he never stops trying. Even if he doesn’t follow the traditional training journey of other shonen protagonists, he is strong enough to stand against unbeatable odds through his words and confident state of mind.

Takemichi paves a new way for the standard shonen protagonists by being proud of his emotions and vulnerability. Not every main character needs to be strong, and not every underdog needs to inherit their strength in the end. Needless to say, Tokyo Revengers isn’t that type of story, and it continues to break the mold of the stereotypical macho male tropes.