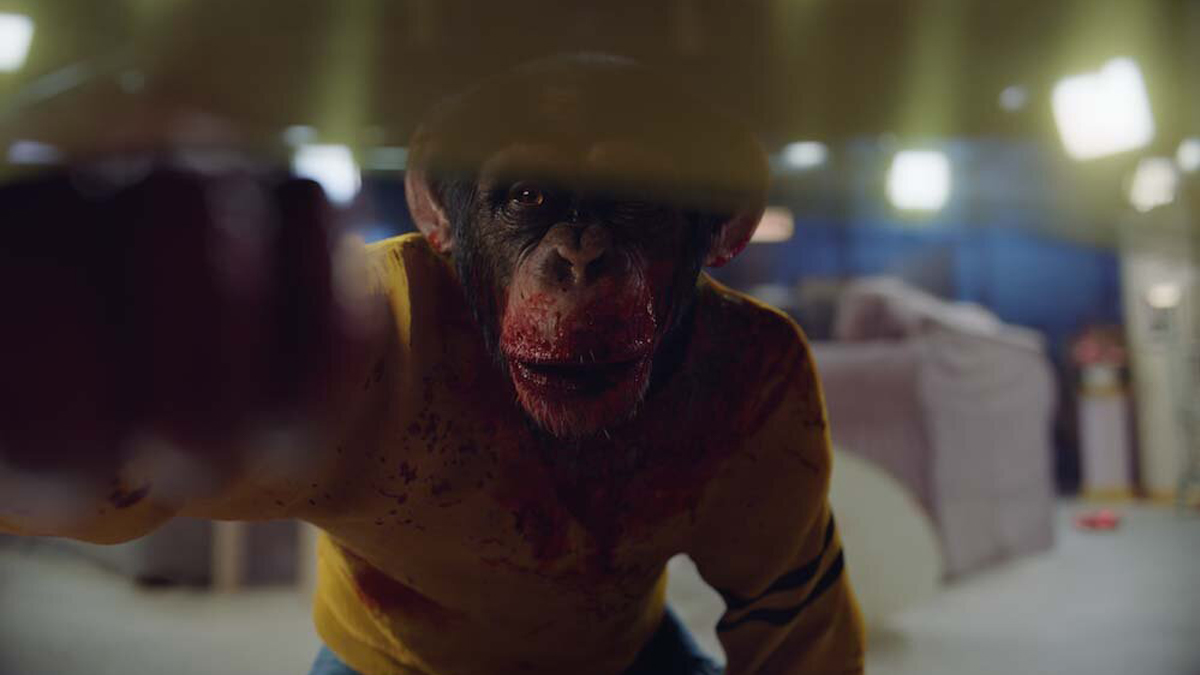 Nope is the last movie from director Jordan Peele and tells the story of OJ (Daniel Kaluuya) and his sister Emerald (Keke Palmer) and their adventure in trying to get “the Oprah shot” of a strange UFO in the clouds over their ranch. At the start of the film, there’s a scene where a monkey goes crazy on the set of a 90s TV show and kills almost everyone. During the movie, you understand the connection between that scene and what’s happening with the UFO, and also why did the monkey go crazy in Nope.

Why Did the Gordy Kill Everyone in Nope?

The monkey went crazy in Nope because a balloon popped due to the hot stage lights, scaring the animal and starting a rampage that killed and maimed everybody on set except Ricky “Jupe” Park (Jacob Kim in flashbacks, Steven Yeun in the present).

This being a Jordan Peele movie, the story of Gordy, the killer monkey, is also used to tell us something more. The film’s theme is how humans will do anything for profit, even trying to use an unpredictable living being like a chimpanzee or a UFO while not thinking of the possible consequences.

Why Didn’t the Monkey Kill Jupe?

The monkey didn’t kill Jupe because he didn’t make eye contact with the predator and was silent under the translucent tablecloth. A common theme of the movie was to not look the dominant creature in the eye to avoid its wrath, just like Jean Jacket.

When Gordy finally saw Jupe, it was through the tablecloth, with no eye contact, and all the balloons had already popped off, making the chimpanzee calmer. The animal wasn’t in aggressive survival mode anymore and tried to do the rehearsed fist bump between him and Jupe before being shot to death.

The experience of that deathly day on set might’ve been traumatic for Jupe, but he’s still profiting from it twenty years later. When he didn’t learn anything from his previous experience and tries to do something similar with the UFO, it becomes his downfall.

Now that you know why did the monkey go crazy in Nope, you can look for more guides and news for Nope and its director Jordan Peele on Twinfinite. From other horror movies of 2022 to 7 shows similar to Black Mirror, and 10 dead horror projects that have to come back.