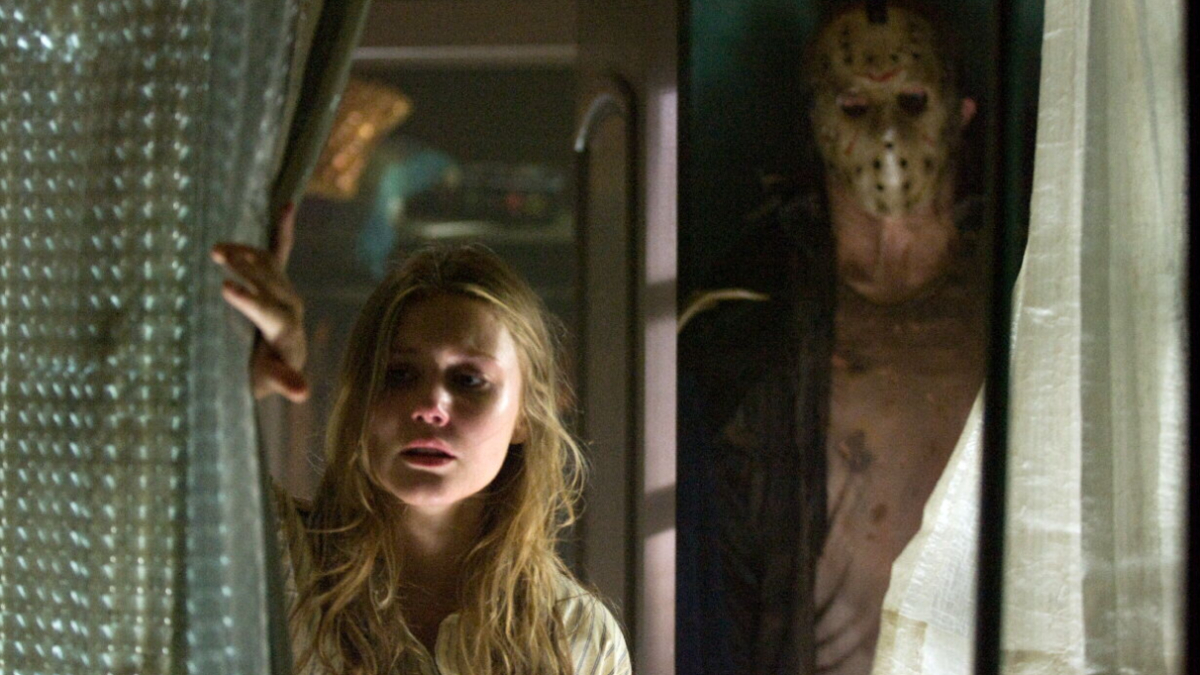 The horror movie landscape has remained relevant in the age of superhero movies and shows. But there are still several horror projects that have effectively died due to a long period of inactivity. They say that absence makes the heart go fonder, and this should apply to several horror franchises that still have the potential to entertain. Whether it’s for standalone movies or TV shows, there’s still a market out there for an audience to be captured.

These range from straight-up horror movies such as those centering around ghosts and killers to scary films that have their own twists like freakish accidents befalling the characters or monsters out to get them. What makes the idea of reviving these stories more interesting is how some of them can be adapted to fit the current environment and what today’s average fan likes to see. So, let’s see which dormant horror movie series deserves to scare us all over again.

A release from the Final Destination series was something of a grisly tradition for over a decade. There were five movies between 2000 to 2011 before they abruptly stopped. It’s understandable why, though, seeing as each movie repeated the same outline of characters dying in gruesome ways after initially avoiding death.

The long gap since the previous entry is exactly why it’s worth reviving the series since a whole new generation of viewers can experience it with a fresh perspective. The advancements in 3D mechanics and the technical aspects of filmmaking will enable the deaths to veer more toward the horror category than before. The previous two Final Destination films used 3D as a gimmick, but the hiatus can prove fruitful by utilizing new techniques to deliver a better experience.

This can include motion capture as seen in the Avatar films – the actors can perform death scenes that can be made to look realistic in post-production. New 3D mechanics also allow greater functionality for long takes, so the next Final Destination can have authentic-looking death scenes that take place in real-time without any camera cuts.

Jason has gone everywhere in the universe to kill people – this includes going to Manhattan and even to space… in the future! It might seem like there’s nothing left for him to do, but fans might enjoy seeing him again since it’s been a long time. 2009’s Friday the 13th remains the latest entry, which feels like an eternity considering how many horror movies have been released since.

The series needs to evolve and feature character arcs rather than simply being about the kills. It would be interesting to watch a Friday the 13th movie where there are genuine stakes involved, such as protecting someone from Jason rather than running for their own lives. Jason has been known to make creative kills, which is an aspect that slasher fans would like to see again. The series could do with a serious atmosphere, something that would bring a certain edge missing from the last several entries.

A Nightmare On Elm Street

A Nightmare On Elm Street is a franchise that got overexposed at its peak, with several releases in a short time span. The 2010 reboot attempted to take it away from the comedic style it had veered into and return to its horror roots. While the film was successful, critics found Freddy to be too dull now that he’d stopped making wisecracks.

A revival should be on the cards now that we know what really makes the best out of the franchise – a blend between horror and lighthearted characters. A Nightmare On Elm Street can take a page out of Child’s Play’s book to deliver a villain who retains an air of smugness and lack of empathy but is still horrifying to confront. Audiences today enjoy dark material with supernatural elements like Stranger Things and The Sandman, so there is a market for A Nightmare On Elm Street to return. A potential TV series would be a better medium to ease fans back in compared to a movie.

Times have changed since the previous film’s release and Hostel can return with a toned-down presentation. The rise of HBO and Starz TV shows, which contain a lot of nudity has meant that viewers have become accustomed to graphic content, but they also contain in-depth characterizations. Hostel can win viewers over by having solid protagonists and antagonists with developed personalities – the extreme nature of the material won’t be an issue if there’s a genuine story to follow.

The Hills Have Eyes

The Hills Have Eyes is a series about cannibal savages in the desert who target people passing by. The horror franchise had promise due to its portrayal of gnarly elements. However, the potential for stories wasn’t enough following a few entries. What made the installments interesting, though, is the gap between their releases since viewers were prepared for another creepy horror.

With 15 years since the last movie, The Hills Have Eyes can make a comeback and feel like a new story. Slasher movies have the potential to add a different element with the current generation, as seen with Scream 5. The Hills Have Eyes’ unique backdrop of the desert works well if it’s framed as a survival horror movie, which works in its favor since the movie already has a hook to draw viewers in.

The Vacancy movies are about people who arrive at a motel and end up fighting for their lives upon learning that the employees intend to make snuff films out of them. There’s a real thrill that goes into these films since audiences are shown the protagonists’ point of view as the villains terrorize them. There hasn’t been a Vacancy film since the prequel, which makes a proper sequel the natural option.

It’s been a while since a high-profile scary film has been released about protagonists who need to escape from their captors. Horror movies and shows have centered around big casts for a while now, so another Vacancy will be a good change from the norm. Much like Luke Wilson and Kate Beckinsale appearing in the first film, well-known stars in a Vacancy sequel will definitely bring a lot of eyeballs to the story.

28 Days Later was a marvel at the time of release, with its zombified world influencing the entertainment industry as everything from shows like The Walking Dead to games like The Last of Us have incorporated its elements. The movie’s success led to an action horror sequel named 28 Weeks Later, although the series has been dormant ever since.

Fans have been clamoring for a potential 28 Months Later, which makes even more sense given how much time has passed since the previous film’s release. The zombie genre has changed dramatically since then, so 28 Months Later can be the one to be inspired by other works. Most fans would love to see the characters played by Cillian Murphy and Naomie Harris return – a sequel can bring viewers up to speed with their whereabouts and how they’ve continued to survive.

Silk is a 2006 movie about the discovery of a ghost child whom the main characters try to communicate with. But their attempts to do so unleash an even greater threat, which they now have to escape. Silk didn’t receive the biggest response but has since become a cult favorite.

The reason why reviving the project with a sequel would be worth it is due to the hidden potential. The idea of harnessing the energy of ghosts can be channeled into the sci-fi horror genre. Silk could also be rebooted to amp up the horror atmosphere since the original focused more on dramatic elements. A do-over is justified given viewers continue to be fascinated with the project, and taking things in bold directions will usher in new fans as well.

Siren is about a bachelor party gone wrong, where the main characters free a seemingly imprisoned woman before realizing she’s a terrifying monster. It’s a plot-line that not many horror movies can claim to have, so it’s a shame that Siren didn’t get much attention upon release. A reboot can revive interest in the main idea, but Siren can be more interesting by adding greater characterization to the main cast.

It would be more compelling for each character to have a reason for them being targeted, whether it has to do with past misdeeds or any hidden regrets. This will give the story the proper pacing needed, as the protagonists will have to race against time before they are punished. A Siren sequel will still have some intrigue since the first film’s plot twist can be expanded upon.

The BloodRayne films are action-horror films about vampires where the main protagonist goes on a quest for vengeance. The movies had a B-level quality about them that denied the series a mainstream audience but fetched a cult status that enabled it to have multiple sequels.

The perception around female protagonists has changed a lot by now, as they aren’t seen solely for their sex appeal anymore. While changing this would be altering BloodRayne’s identity, it would be better for a new entry to focus on the main character empowering herself to fight for herself. The main story of her bid for revenge can still remain and the scary elements from the various monsters also have an evergreen quality. A BloodRayne IV in the current landscape has the chance to take the series to mainstream heights.