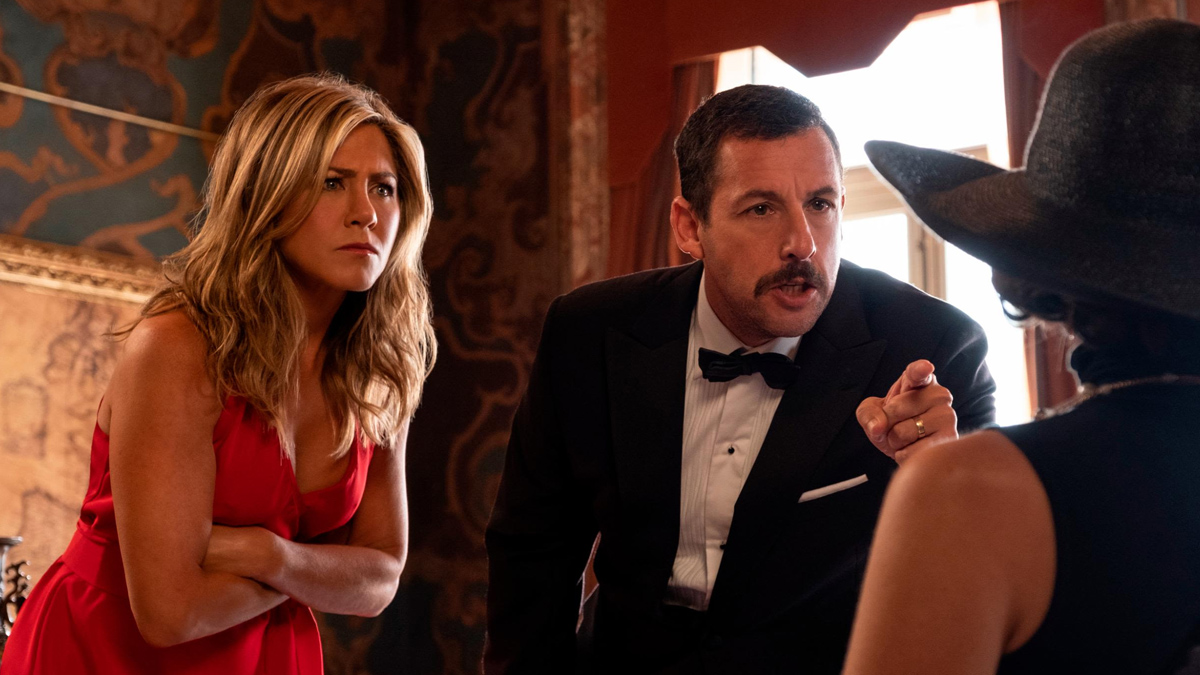 Murder Mystery debuted in 2019 and broke some records for Netflix, which meant that bringing Adam Sandler and Jennifer Aniston back could be a recipe for success. If you’re a fan of the original movie and can’t wait for its successor, fear not, it’s coming. Scroll down to know when Murder Mystery 2 comes out on Netflix.

Murder Mystery 2 is set to debut on Netflix on March 31, 2023, as confirmed by Collider. The sequel was confirmed in 2021, and the movie wrapped its filming in Feb. 2022 and had since been in post-production.

Adam Sandler and Jennifer Aniston are surely returning to their roles as Nick and Audrey, and Adeel Akhtar is repeating his character as The Maharajah and John Kani as Colonel Ulenga. Some new additions to the cast are Mark Strong, Mélanie Laurent, Annie Mumolo, Jodie Turner-Smith, Kuhoo Verma, Enrique Arce, Tony Goldwyn, and Zurin Villanueva.

The sequel to Netflix’s comedy replaces the director Kyle Newacheck with Jeremy Garelick but keeps James Vanderbilt as the writer. While the plot is not yet revealed, we know that there will be some international intrigue as the movie was shot in Hawaii and Paris.

Now you know when Murder Mystery 2 comes out on Netflix. Before you leave, make sure to check our other entertainment content at Twinfinite to find out more about Netflix’s hottest Murder Mystery or the top 10 best detectives in movies.