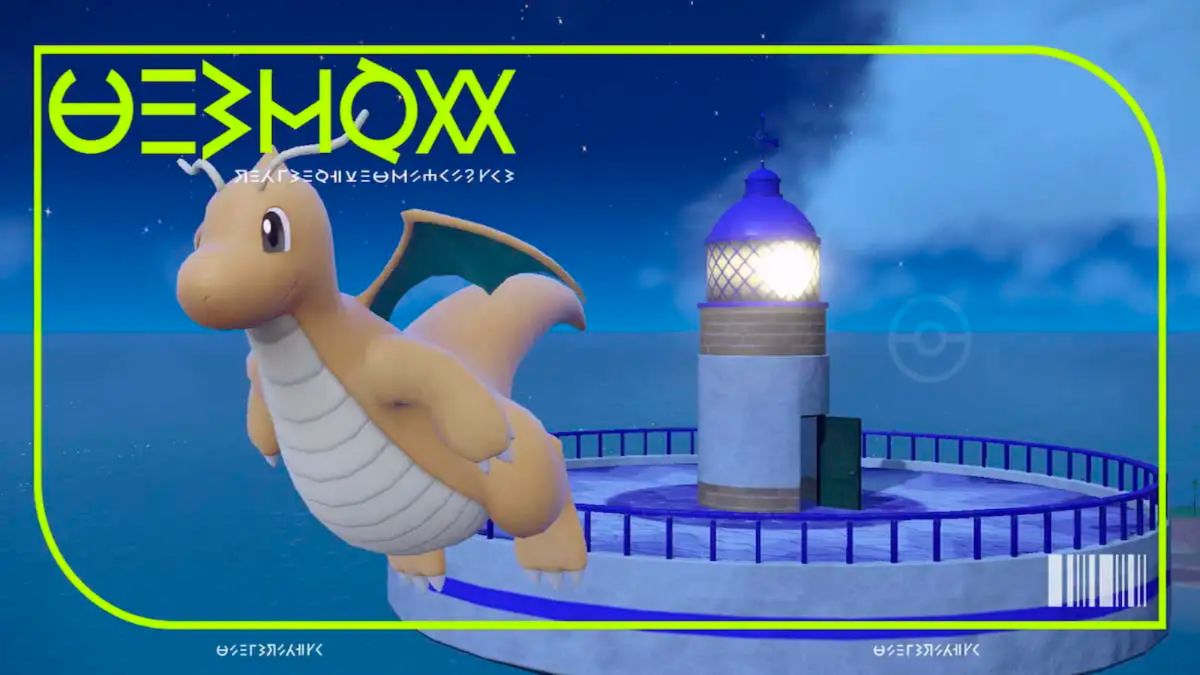 Dragonite is one of the most iconic and well-beloved Generation 1 Pokemon. However, Dragonite doesn’t just fill the role of nostalgia, but also makes one of the best choices of Pokemon to use in competitive battle within Scarlet and Violet. If you’re looking to add this fabled Dragon-Type to your competitive team, then don’t worry; we’ve got everything you’ll need to know. Follow along below for how to catch Dragonite and the best competitive moveset to use in Pokemon Scarlet and Violet.

Where To Find and Catch Dragonite in Pokemon Scarlet & Violet

As stated in its Pokedex entry, Dragonite is one of the few Paldean Pokemon that has its habitat listed as unknown, meaning it is not available to catch in the wild like most Mons’.

However, you can still catch Dragonite’s pre-evolution, Dragonair, and then evolve it to obtain your own Dragonite. As indicated in the map below, Dragonair is found within one large habitat of the Northern Paldea Region, but to further narrow down your search; the area in which Dragonair can be found and caught is Casseroya Lake.

Keep in mind that Dragonair is a rare Pokemon with a low spawn rate, so stumbling across one may take a little bit longer than the average Pokemon hunt. Don’t worry though, you should find one soon enough, and then you’ll be free to evolve it into Dragonite. This can be done simply by raising Dragonair to level 55, which will cause the evolution process to trigger automatically.

Once you have your newly evolved Dragonite, it’s likely you’ll be looking to start increasing its stats and coming up with a build for competitive play. From nature to moveset, here’s all the best choices you’ll want to consider when preparing a Dragonite for use in ranked battle.

When preparing a Dragonite for competitive battle, the best Natures to consider are Jolly, or Adamant. For more information, here is a complete breakdown of the benefits and cons each Nature brings to Dragonite, as well as some reccomended EV spreads to round out the stats.

A Jolly Nature gives Dragonite a boost to Speed with a small hit to it’s Sp. Atk. This can be useful if you’re wanting to approach battles with the opportunity of outspeeding your onnent, and the EV spread buffing the Attack and Sp. Atk, Dragonite can be optimized as a strong competitive contender.

Adamant boosts its powerful Attack stat even further, taking a small hit to Sp. Atk. With an EV spread that buffs Attack and Speed, Dragonite can be used as an offensive powerhouse, bringing down opponents with strong physical moves, such as Outrage.

Best Build and Moveset for Dragonite with a Jolly Nature

The moveset best suited to best optimize Dragonite’s offensive abilities with a Jolly Nature is Extreme Speed, Hurricane, Fire Punch and Outrage. here’s a complete breakdown of each move and why it’s a useful addition to Dragonite’s overall Jolly build.

Equipping Dragonite with a Weakness Policy is a brilliant choice for this build, as it will raise Dragonite’s Attack and Sp. Atk stats by two stages when hit with a super-effective move. When combined with the effects of Dragonite’s Hidden Ability, Multiscale, it can survive a otherwise devastating hit as well as get a handy boost from its hold item.

Best Build and Moveset for Dragonite with an Adamant Nature

The moveset best suited to best optimize Dragonite’s offensive abilities with an Adamant Nature is Dragon Dance, Extreme Speed, Earthquake, and Ice Spinner. here’s a complete breakdown of each move and why it’s a useful addition to Dragonite’s overall Jolly build.

Equipping Dragonite with Heavy-Duty Boots provides Dragonite the guaranteed safety of entering the fight, as they block the traps set on the battlefield. This is incredibly useful when runing Multiscale, as the damage caused by the effects of these moves can ruin the opportunity of Multiscale being activated. On top of this, it pairs very well with Ice Spinner to shut down Pokemon that strongly rely on Terrain combat.

Other Viable Moves To Consider For Dragonite

Other viable moves for Dragonite include: Thunder Punch, Earth Quake, Iron Head, Dragon Dance, Hurricane and Roost. These moves can be switches in and out of both of the builds above, depending on how you’d like to fine tune its capabilities to your playstyle and battle plan.

That’s everything you need to know about how to catch Dragonite and the best competitive moveset in Pokemon Scarlet & Violet. For more helpful gameplay guides, check out the rest of our Pokemon content. We have a variety of topics to help you overcome any obstacles on your journey through Paldea, such as all TM locations, how to reset EVs, and every special evolution, explained.