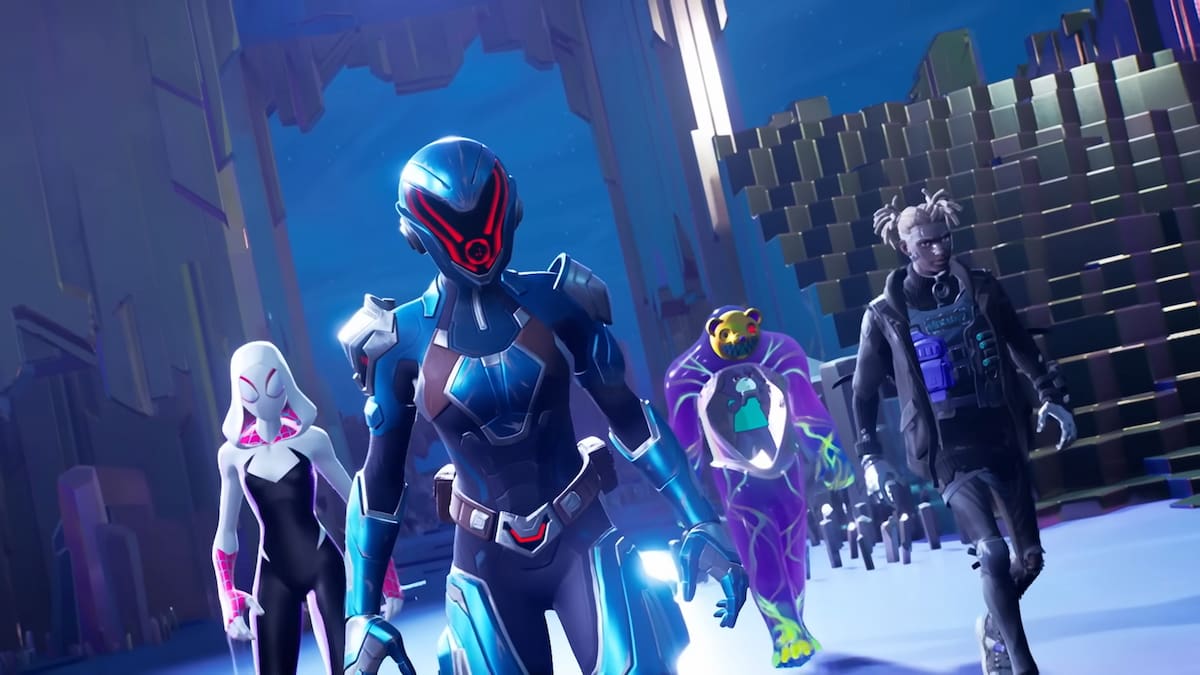 Fortnite has a plethora of skins in its store. From Anime-licensed skins to original ones, you’ll have a wide array of outfits to choose from each time you load into a battle royale game. To help you choose the best among the rest, we’ve gathered the top seven Fortnite skins to use in-game.

The iconic Banana mascot of Fortnite, Peely, is a classic when it comes to the game. Hailing back from Chapter 1, Season 8, this adorable Banana offers a unique and comical look during your battle royale games. It adds a sense of being an “OG” player, which you can brag about with your friends.

Drift is another classic skin that Epic Games released during the astronomical rise of Fortnite. The skin has multiple styles called stages that you can select each time you enter a match. Drift is most likely an allure to the street word Drip, which means a fantastic sense of style.

Ezio Auditore, the man that built the Assassin’s Creed franchise (yes, we know, Altair was the pioneer character) from the ground up, has finally arrived in Fortnite. He seeks to assassinate anyone in his way with his sleek white and red robes.

He has two styles to choose from, a hood (up) or hood (down) style. We highly recommend the hood (up) version since you’re an assassin, and it looks way cooler. He already looks fantastic without a back-bling, which says a lot about the incredible character design.

If you want a ninja-based skin that can eventually transform into a dragon, then Hybrid is the right choice. You start as a ninja—then, you gradually evolve into a fierce dragon with electricity running through your body. You can choose the color combinations for the armor and the dragon itself, which adds great variety to the skin.

Spider-Gwen A.K.A. Gwen Stacy is an iconic character from the Spiderverse, which made its way to Fortnite as part of the Chapter 3 Season 4 Battle Pass. She sports a sleek and clean look, reminiscent of her appearance in comics and especially in the movie Spider-Man: Into The Spider-Verse. Spider-Gwen feels at home in Fortnite since her design doesn’t stray far from the game’s classic skins.

A bear inside a bear — Grriz’s design is what captivated us to include him in the list. He rocks a fantastic bear mask with a Monokuma-esque (from Danganronpa fame) vibe, and his cosmic body looks alluring to the eyes. There’s also the adorable mini-bear holding a controller inside the torso of the cosmic outer body, which is just a delight.

Fortnite first introduced The Reaper skin, a blatant knock-off of the popular character John Wick in Chapter 1, Season 3. This knock-off was the only way you could become Keanu Reeves’ badass hitman character until Fortnite acquired the license to release an actual John Wick skin, a much cooler variant of The Reaper.

While we highly recommend getting the John Wick outfit as it is much more detailed than the Reaper, we still have to give credit to the OG “John Wick at home” skin.

Midas is among the most popular skins to use in Fortnite. The popularity stems from his sleek and clean agent look, topped off by the gold accent on his hands and guns. As the name suggests, Midas’ inspiration came from Greek Mythology, whose main power was turning everything he touches into gold. Midas was available during the Chapter 2: Season 2 Battle Pass once you reach level 100.

Midas has an available “Golden Touch” variation, turning his whole model into pure gold. However, we prefer to use his default skin as it keeps every aspect that made him an iconic Fortnite character.

One of the most iconic villains to ever land the cinematic landscape, Darth Vader is one of the best skins you can wish for in Fortnite. Players in your lobby will surely be petrified upon seeing the Sith Lord. Think of the song “Imperial March” as he waltzes along the battlefield while killing everyone who gets in his way. Darth Vader was available during Chapter 3: Season 3 as a reward for players who maxed out their Battle Pass.

While tons of skins are available in Fortnite, we decided to keep the list small to help people focus more on what each skin offers in terms of in-game aesthetics. Here are some of the other skins that deserve an honorary mention.

Those are all the skins you will need to completely level up your Fortnite account. All of these offer different effects and styles to keep your options diverse.