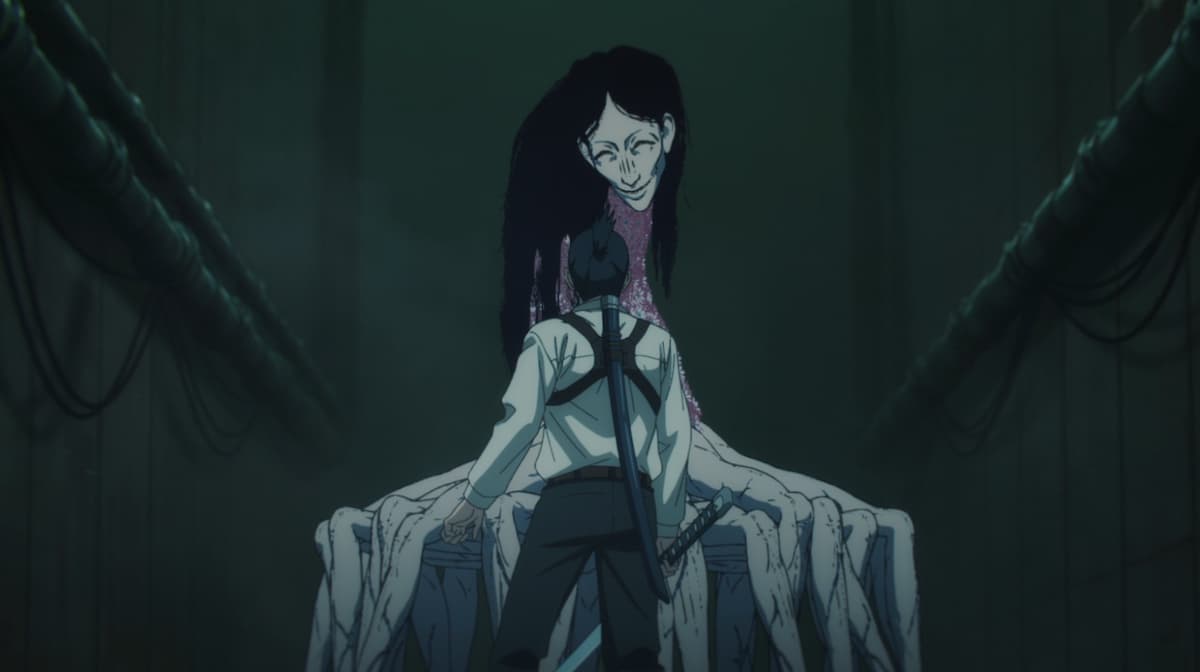 One of the joys of being a Devil Hunter in Chainsaw Man is making a contract with a Devil, borrowing their powers in exchange for sacrificing body parts or life force. When we first meet the sinister Ghost Devil, it was under the control of Himeno, but now it seems to be serving a new master. So why is the Ghost Devil trying to kill Aki in Chainsaw Man? Let’s try to unpack this stunning betrayal.

Why Has the Ghost Devil Betrayed Aki in Chainsaw Man?

Himeno’s contract with the Ghost Devil originally came at the cost of her right eye, allowing her to summon its spectral hands to do her bidding. As powerful as it appears, even this hulking ghoul had second thoughts about entering the fray against the mysterious young girl Sawatari and her Snake Devil during the ambush with the Yakuza assailant.

It wasn’t until Himeno paid the ultimate price, offering her whole body in an effort to protect Aki, that it acquiesced. Despite this sacrifice, the Snake Devil made short work of the Ghost Devil, decapitating it and defeating it outright. It’s a good thing Himeno wasn’t alive to see how little her death actually helped.

When Aki next encounters the girl who had so easily overcome this trump card, she commands the Snake Devil to spit out its prey. To his shock, the Ghost Devil now stands before him, and it has bad intentions and no shortage of arms to carry out its whims.

The Ghost Devil attacks Aki at the order of the Sawatari, seeming to have now become subservient to her following its earlier defeat. There is no clear sign that they had made a new contract in the meantime, however Devils are entirely sentient beings with their own agendas.

Just as the Ghost Devil had initially elected not to fight out of fear, it may now find itself doing so for the exact same reason. It had no loyalty to Aki or the other members of Special Division 4 in the first place, and its temperament could be one that draws it to the master it considers most powerful.

It is also worth noting that Himeno offering her entire body to the Ghost Devil may have some influence on its actions, as it is not something we had seen a Devil Hunter do previously. We do know that Fiends are created when they possess the body of a human host, and can speculate whether this carried any similar effects.

We may not understand the full scope of why the Ghost Devil is trying to kill Aki in Chainsaw Man, but at the very least we know that it is not here for a cuddle. As Mr. Topknot fends for his life, you’ll want to find out if he used the cursed sword in this episode, and just what he sacrificed in his contract with the Future Devil. The future rules! And so do you, friend.