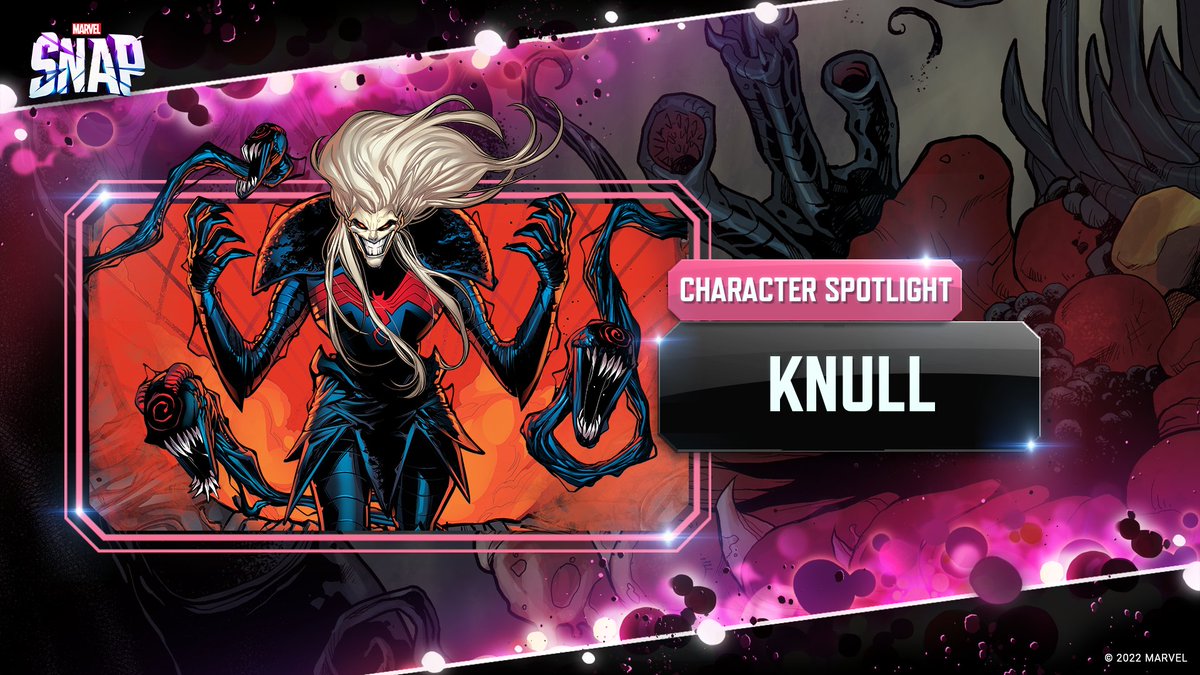 Marvel Snap players finally got the chance to pull Galactus once Second Dinner rolled out Collector’s Tokens along with Series 4 and 5. Galactus has an incredibly unique ability, where he destroys all other locations, forcing players to fight for one single lane head up.

He also happens to pair incredibly well with Death, which is a 9-Cost card that gets discounted each time a card gets destroyed. By the time you get Galactus out on turn 4 or 5, you’ll likely be able to destroy a whole bunch of cards, resulting in a 0-Cost Death.

Enter Knull, who’s set to be the next Series 5 card that gets added to Marvel Snap. Knull is a 6-Cost, 0-Power card with an Ongoing ability that lets it gain the combined Power of all cards that have been destroyed during this game, which is absolutely insane. This makes Knull a natural pairing with both Galactus and/or Death, and going up against a big powerhouse like this might be a fool’s errand.

There are ways to counter this of course. Cards like Leader, Shang-Chi, and Enchantress to a lesser extent can deal with Knull, but you have to be aware that Galactus decks often run Spider-Man as well. If Galactus gets out on 4, and Spider-Man gets played on 5, you won’t be able to respond on turn 6, which usually means an automatic loss.