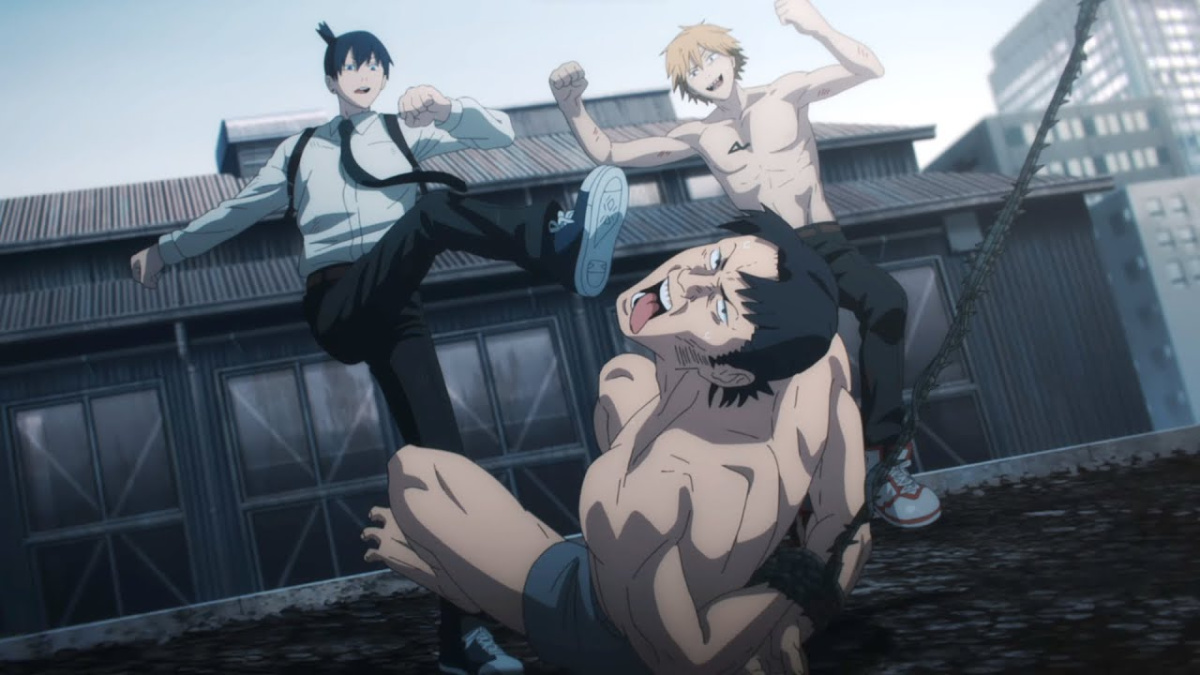 The fates of certain characters in Chainsaw Man are left rather nebulous even by the end of the Public Safety Saga, and none are as unclear as that of Katana Man, aka Samurai Sword. Following the beating his balls suffer at the hands of Denji and Aki, he isn’t mentioned or seen again until much later in the series. Even then, his return comes alongside characters that definitely bit the big one, raising the question: Is Katana Man dead in Chainsaw Man, or has he simply been incapacitated and captured?

Well, after digging into the available material from the series, we’ve got an answer for you. Do be warned, though: There are *Major Spoilers* for the Public Safety Arc’s conclusion ahead.

As it currently stands, Katana man is more than likely still alive in Chainsaw Man. This is because he has the same pseudo-immortality that Denji has as a Hybrid.

It’s because of this ability that he was able to survive being cut in half by Denji in their final battle during the Katana Man arc, and how he was able to survive Denji and Aki kicking him in the balls long enough to be detained by the police. Following this, he was detained and incarcerated, upon which he was placed under Makima’s control using her Control Devil powers.

From there, Katana Man isn’t seen again until the final battle between Denji and Makima. Even when the final battle occurs, Denji is never shown to have definitively killed him. Instead, he’s only shown to have been cut in half again, which he very easily could have brushed off and recovered from even after the battle ended and he was removed from Makima’s control.

Where is Katana Man in Chainsaw Man Part 2?

Past that, though, it’s anyone’s guess where Katana man ended up following Denji and Makima’s final battle in Chainsaw Man. Given that he was being used by Makima, it’s unlikely that the remaining members of Public Safety would have let him go.

This is doubly true, considering he attempted to wipe out the Public Safety Divisions and attacked Denji, making it highly likely that he was incarcerated again and remains imprisoned during Chainsaw Man Part 2.

However, this also means that he could return and become a thorn in Denji’s side at some point in the future. Chainsaw Man Part 2 has already seen some characters return from Part 1, and we wouldn’t put it past series author Tatsuki Fujimoto to bring one of Denji’s more detested foes back at one point or another.

Hopefully this cleared up whether or not Katana Man is dead in Chainsaw Man. For more on the series, check out our other guides covering topics like whether or not Akane is dead, what Easy Revenge means, and who Quanxi is. We’ve also got plenty of non-guide articles for you to peruse at your leisure down below.