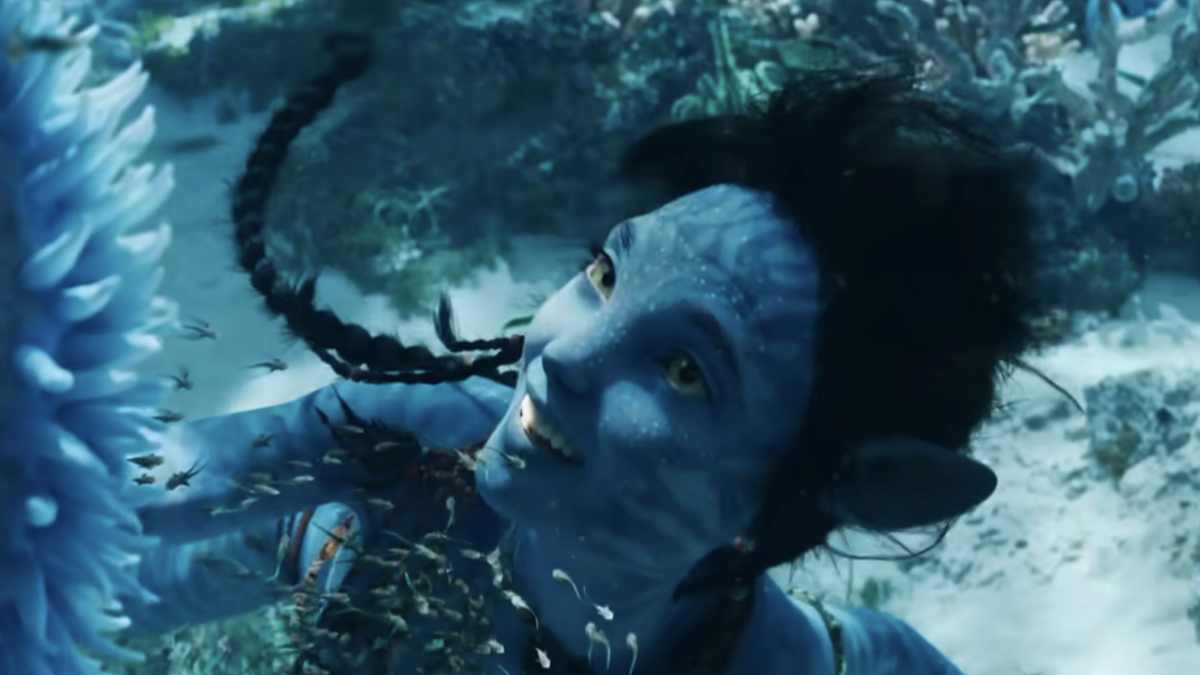 Avatar: The Way of Water is a visual feast that makes the sea and its creatures look incredible. Most of the film happens in Pandora’s eastern seaboard where the Metkayina reef people clan live. Their whole life largely consists of eking out an existence in the sea. How do they do it? Can the Na’vi breathe underwater in Avatar: The Way of Water? Here’s the answer.

Do the Na’vi Breathe Underwater in Avatar: The Way of Water?

Even if the Na’vi can hold their breath for longer periods of time under the sea than most, there’s still the possibility they might drown if they don’t come up for air. That’s one of the many troubles they find themselves in during the movie, especially in the final battle.

They do also have a creature that they can connect with that does let them breath underwater that look like a jellyfish combined with a cape. Unfortunately, they aren’t everywhere.

Now that you know if the Na’vi breathe underwater in Avatar: The Way of Water, feel free to look for more guides and news about the movie here at Twinfinite like is there an end credits scene or who are the villains in the movie, or maybe how much the film needs to break even.