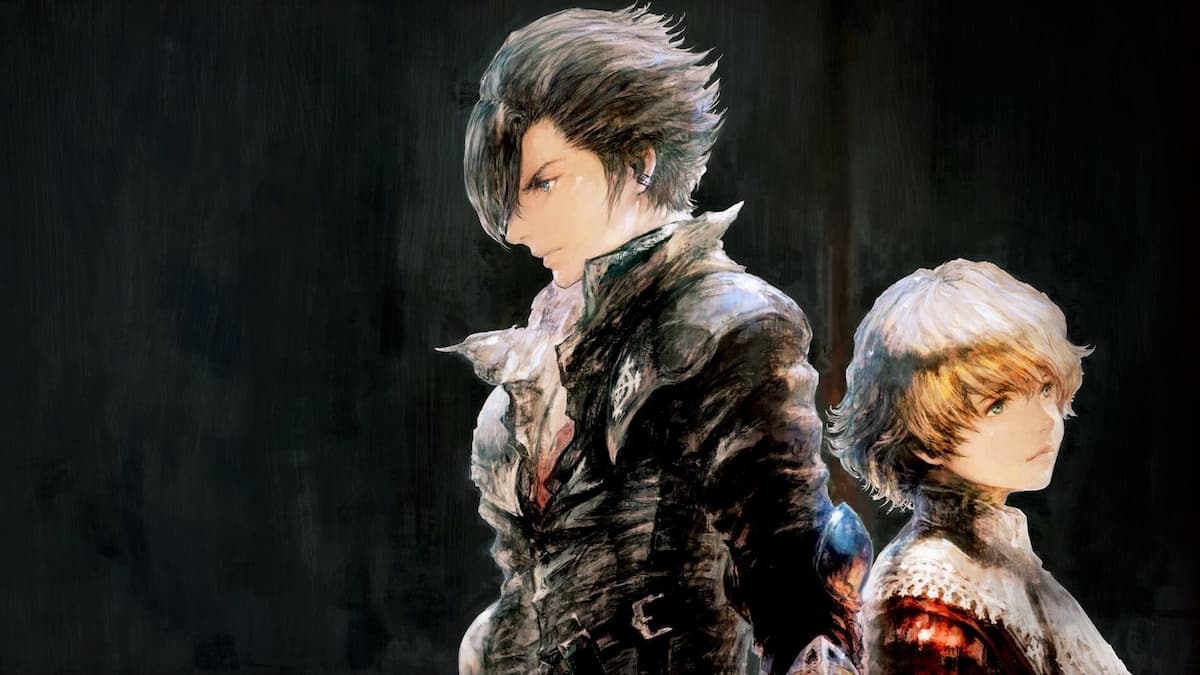 2023 is shaping up to be yet another exciting year for role-playing games, and if you’re a fan of the genre, there are plenty of new releases to look forward to in the next 12 months. To get you hyped up, here’s a list of all RPGs that are releasing in 2023.

Do note that this list includes every RPG with a confirmed release date, as well as titles that are slated for a 2023 release window.

You can never go wrong with a One Piece RPG. While One Piece Odyssey doesn’t necessarily break new ground, you’ll get the chance to play as various iconic characters from the anime while sailing through the New World in search of new adventures.

Odyssey promises to deliver new enemies and new stories set in the One Piece world, which is an exciting prospect in and of itself.

Persona 3 put the Persona series on the map, and Persona 4 refined that dungeon crawling/dating sim formula to a beautiful shine. Both games are finally getting released on modern consoles in 2023, and if you’re at all interested in RPGs, you absolutely owe it to yourself to check out at least one, if not both of these games.

P3P will likely feel a bit dated by today’s standards, especially if Atlus doesn’t update the controls, but Persona 4 Golden is timeless. The turn-based combat might be slower than what you’re used to in Persona 5, but it still holds up well, and we still maintain that it has the best cast and story in the series so far.

There’s no such thing as too much Fire Emblem, and Intelligent Systems knows that. Nintendo and InSys are kicking off the new year with Fire Emblem Engage, a spin-off game set on the continent of Elyos. Players will step into the shoes of Alear, who’s tasked with taking out the Fell Dragon.

Along the way, you’ll be able to use Emblem Rings, which are used to summon iconic heroes from previous games including Chrom, Marth, Ike, and of course, our Three Houses faves.

We can’t believe Forspoken still isn’t out yet, but it looks like we’ll finally get to see what it’s all about in January 2023. The game follows Frey Holland, who gets transported from modern-day NYC to a mythical world called Athia.

It’s not entirely clear how Athia is linked to the real world, but there will be plenty of magic spells and mystical creatures to discover in Forspoken as Frey learns more about the plight of its citizens.

It’s crazy to think that Disgaea’s still going strong after all these years, but here we are. The tactical RPG series is back with its seventh mainline game, and this time, it’s set in a Japanese-style Netherworld known as the Hinomoto Netherworld Cluster.

The traditional and modern Japanese aesthetic definitely helps to set it apart from other games in the series, and while the fun tactical combat is still here for all to enjoy, there’s also a larger focus on overworld exploration this time around.

I don’t know about you, but I’ve been dying for a proper Harry Potter game for years, and Hogwarts Legacy truly looks like it could finally fill that void. With a proper character creator, the ability to explore Hogwarts itself and its surrounding grounds, along with a proper mysterious narrative to follow, Hogwarts Legacy is shaping up to be one of the most exciting RPG releases of 2023.

Being able to finally live out our wizarding dreams in Hogwarts is going to be huge, and we’re excited to see what Hogwarts Legacy has in store for us.

With the Monster Hunter series finally breaking into the mainstream, it’s no surprise to see that other studios are gonna want in on the action as well. Enter Wild Hearts, a new monster-hunting game from EA and Koei Tecmo, where players are tasked with killing and hunting fantastical beasts with technology and other types of interesting equipment.

Wild Hearts is set in medieval Japan, and yes, you will be able to hunt solo or in a pack with two other friends.

Octopath Traveler was a refreshing breath of fresh air when it first released, featuring eight distinct characters and story paths, and an incredibly fun turn-based combat system that adopted elements from Bravely Default. The one big complaint, however, was the lack of a proper overarching or interconnected narrative arc.

Octopath Traveler II is in a prime position to rectify that mistake. From everything we’ve seen so far, it looks like the sequel is aiming to address all the complaints that fans had with the first game.

Team Ninja and Koei Tecmo struck gold with Nioh, and they’re looking to make even more fast-paced and challenging action games after their success with the Feudal Japan setting. Enter Wo Long: Fallen Dynasty, an action game with Souls-like combat set in the Three Kingdoms era.

It’d be a disservice to call Wo Long a simple Souls-like, of course, as it’ll undoubtedly be infused with Team Ninja’s brand of arcade-y style action and extensive skill trees that really help to make every build feel unique.

The Legend of Heroes: Trails to Azure (March 14)

Without a doubt, Final Fantasy XVI is set to be the biggest RPG release of 2023. This is an exciting one for a few reasons; the last mainline game we got was XV, which ended up being a little lackluster, so it’ll be interesting to see how Square Enix follows that up. Secondly, it’s being headed up by Naoki Yoshida, who’s known for his work on FFXIV. He was credited with reviving what should’ve been a dead MMO and turning it into one of the most popular MMOs on the market today.

Final Fantasy XVI looks to have a much darker tone than recent mainline games as well, and we absolutely can’t wait to see what Yoshi-P can do with the main series.

Baldur’s Gate III has been in early access for a while now, and while it still doesn’t have a firm release date, the game has continued to look pretty solid. It’s being headed up by Larian Studios, best known for making Divinity: Original Sin, who’ve proven that they absolutely know what they’re doing when it comes to creating a truly immersive role-playing experience.

We won’t deny that Baldur’s Gate III still has some rough edges to it, but hey, that’s what the early access program is for. Fingers crossed that we’ll finally see the full release in 2023.

The MMO market isn’t exactly saturated, but it’s certainly hard to break into it especially with the likes of WoW and FFXIV still reigning as the top dogs of the market. We’ve seen some success with newer MMOs like Lost Ark and New World, but still nothing that can really give those games a run for their money.

We don’t necessarily expect Blue Protocol to shake up the MMO market in any major way, but it’s hard to look away from its breathtaking visuals and pretty anime aesthetic. Just from what we’ve seen so far, Blue Protocol has a ton of potential. The action combat system alone is enough to get me interested, and it’ll definitely be one to watch to see if this ends up appealing to a western audience.

Eiyuden Chronicle: Hundred Heroes is essentially a spiritual revival of the Suikoden series, and that’s definitely something to be excited about in 2023. The game boasts over 100 playable characters — a claim that would make me nervous, if not for the fact that it’s being handled by Suikoden devs Yoshitaka Murayama and Junko Kawano, who have proven that they have the chops to incorporate a large number of characters into a game and still tell a cohesive story.

Classic JRPGs are few and far between these days, and Eiyuden Chronicle: Hundred Heroes is definitely one to look out for if you’ve been looking for a trip back to yesteryear.

While it doesn’t have a set release date just yet, Final Fantasy VII Rebirth is easily one of the most anticipated RPG releases of 2023. After the explosive ending of Remake and all the implications that come with it, we’re intrigued to see what Square Enix does with this beloved IP next.

We’ve already gotten a look at Yuffie in Episode Intermission, and we have a general idea of where the story is going to go next. But even so, we can’t wait to see Square Enix recreate the other iconic locations of FFVII in glorious 4K.

After the success of The Messenger, it’s hard not to get incredibly excited about Sabotage’s next project, Sea of Stars. This is a retro turn-based RPG with lovely pixel art and a combo-style combat system that looks very reminiscent of Chrono Trigger’s cross attacks.

The one thing The Messenger got right was nailing the retro 2D platformer aesthetic while also making sure it could appeal to a modern audience, and we’re absolutely looking forward to seeing how Sabotage applies that same philosophy to the 2D JRPG genre as well.

Starfield is set to release in 2023, but I’ll believe it when I see it. What we have seen of the game, though, does look pretty promising. Big Bethesda RPG releases are always an exciting affair, and of course, this is already shaping up to be the studio’s biggest game yet.

If Bethesda’s early claims are to be believed, there are tons of planets to explore, all packed with side quests and various intricate storylines to follow. Only time will tell if this new IP will live up to the hype that comes with a new Bethesda game, but for now, we’re liking what we’re seeing.

And those are all of the RPGs set to release in 2023. Which ones are you most looking forward to playing? Let us know in the comments down below.