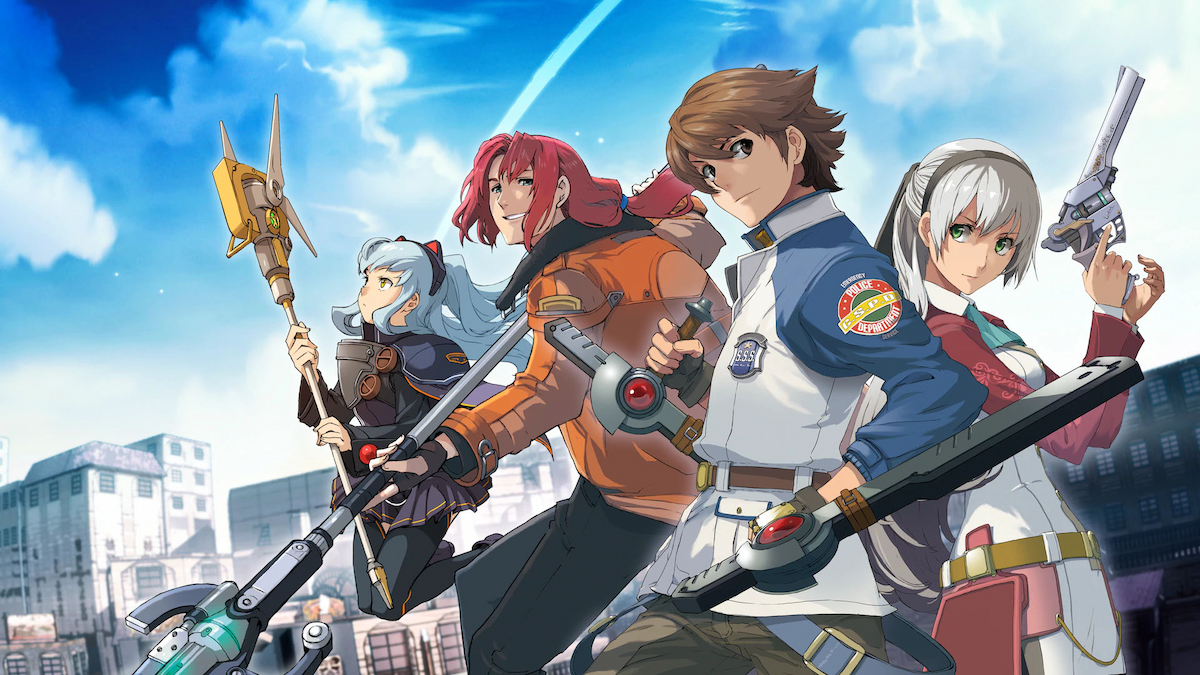 The Legend of Heroes: Trails from Zero on PS4

Trails from Zero tells a story that has been a long time coming. Originally released as Zero no Kiseki in Japan back in 2010, it follows the exploits of Loyd Bannings and his colleagues in the Crossbell Special Support Section. It is the first part of the Crossbell arc of the larger Legend of Heroes franchise, which continues in the sequel Trails to Azure, due out in the West in early 2023.

It’s all a little confusing if you weren’t already in the pocket for this long-running JRPG franchise, which began back in 1989. While less well-known than contemporary series like Final Fantasy and Dragon Quest, the Trails franchise has a growing and fiercely loyal fan base eagerly awaiting each release.

The series features many touchstones that are present in each game, like an overarching political drama that moves the gargantuan narrative ever forward, and a cast of incredibly likable protagonists. Perhaps most compelling of all, at least to a veteran JRPG aficionado, is the incredible attention to detail put into every line of dialogue, and the relatively low stakes of the entire affair, at least initially.

Virtually every NPC in the game has something to say, and something else to say after the narrative moves forward. Characters feel like they have a place in the world, and they will reference each other, making the game feel truly lived in. That city slicker, weary of the daily grind and wistful of the rural life his brother leads? You had better believe you can run across his more pastoral sibling if you look hard enough, whose life isn’t quite as idyllic as might be imagined.

The Special Support Section is a newly created division of the Crossbell Police Department. The goal is to improve public opinion of the service and stick it to those meddling Bracers. The rivalry between the SSS and the Bracers (who we played as in the Sky series of games) is good-natured, and allows for some incredible callbacks to earlier entries. This simple setup serves as a gameplay mechanic and one of the main driving forces behind the game’s narrative, at least initially.

Citizens will submit support requests, which function as the usual JRPG sidequest fare; while the majority are basic fetch quests and monster elimination missions, each serves to build out the game world, and add to that lived-in feel that is often missing in games of this ilk.

As a game that was originally released on the PSP more than a decade ago, Trails from Zero feels dated graphically and comes from the era of fixed camera angles, which can take some getting used to. It also features polygonal character sprites that feel like a relic, but are hard to fault when you remember that it’s incredible that we ever got a Western release for this game. Character artwork, however, is excellent, and shows Falcom was ahead of the curve in this department, even back then.

Players coming to Zero from the Trails of Cold Steel series should remember that the combat system here, while essentially the same in most meaningful ways, is a generation behind and thus feels much simpler. So while you will still be engaging in turn-based combat, and managing the distance between your party and the enemy, the Link system has yet to make an appearance, and it can often feel like you are just trading blows in longer engagements.

Thankfully, Trails from Zero features a fast-forward function that can be mapped to any button, which is a godsend when you need to backtrack or engage in some grinding.

You will meet a colorful cast of characters throughout your time in Crossbell, from the hard-smoking chief of police Sergei, to the over-the-top journalist for the Crossbell News Service, Grace Lynn. While characters will join your party from time to time, either directly or in a supporting capacity, the show’s real stars are the Special Support Section themselves.

While protagonist Loyd is perhaps a bit bland at times (in the same manner as Rean is in the Cold Steel games), this feels more like trappings of the genre than a matter of poor writing. A driven and skilled young detective, his powers of deductive reasoning shine through time and again, even if he is kind of a goody two shoes.

Elie Macdowell is the granddaughter of Crossbell’s mayor, and, while sweet and proper generally, has a particular keen sarcastic streak that comes through, especially when dealing with Randy. Randy Orlando is a laid-back womanizer, but fiercely loyal and deeper than you would initially suspect. Finally, Tio Plato is basically a trope, being a teenage genius inexplicably allowed to join the police force at the age of 14, but she eventually opens up and becomes endearing in her own right.

It’s hard to talk about Trails from Zero without talking about Crossbell itself, which is a fantastically realized city, and where you spend much of your time. Besides being the game’s central hub, where you receive support quests, upgrade your gear and tinker with Orbments, Crossbell is a city in a unique political situation and a fantastic like no other.

While it can seem overwhelming initially, each neighborhood has a flare all its own, and navigating it becomes second nature. I genuinely looked forward to checking in with certain citizens after major events in the game, to get their take on things, which is a testament to the strength of this series’ character work.

Trails from Zero is kind of a miracle in its own right, the fact that we got a Western release after so many years, and that Trails from Azure is right around the corner, still feels surreal. But, for all its strengths, this is still a game from more than a decade ago, that was originally designed for the PSP. If you can get past that, then Trails from Zero won’t disappoint, and whether you are a series veteran or a newcomer, it provides a wonderful world in which you can truly lose yourself for hours at a stretch.

The Legend of Heroes: Trails from Zero