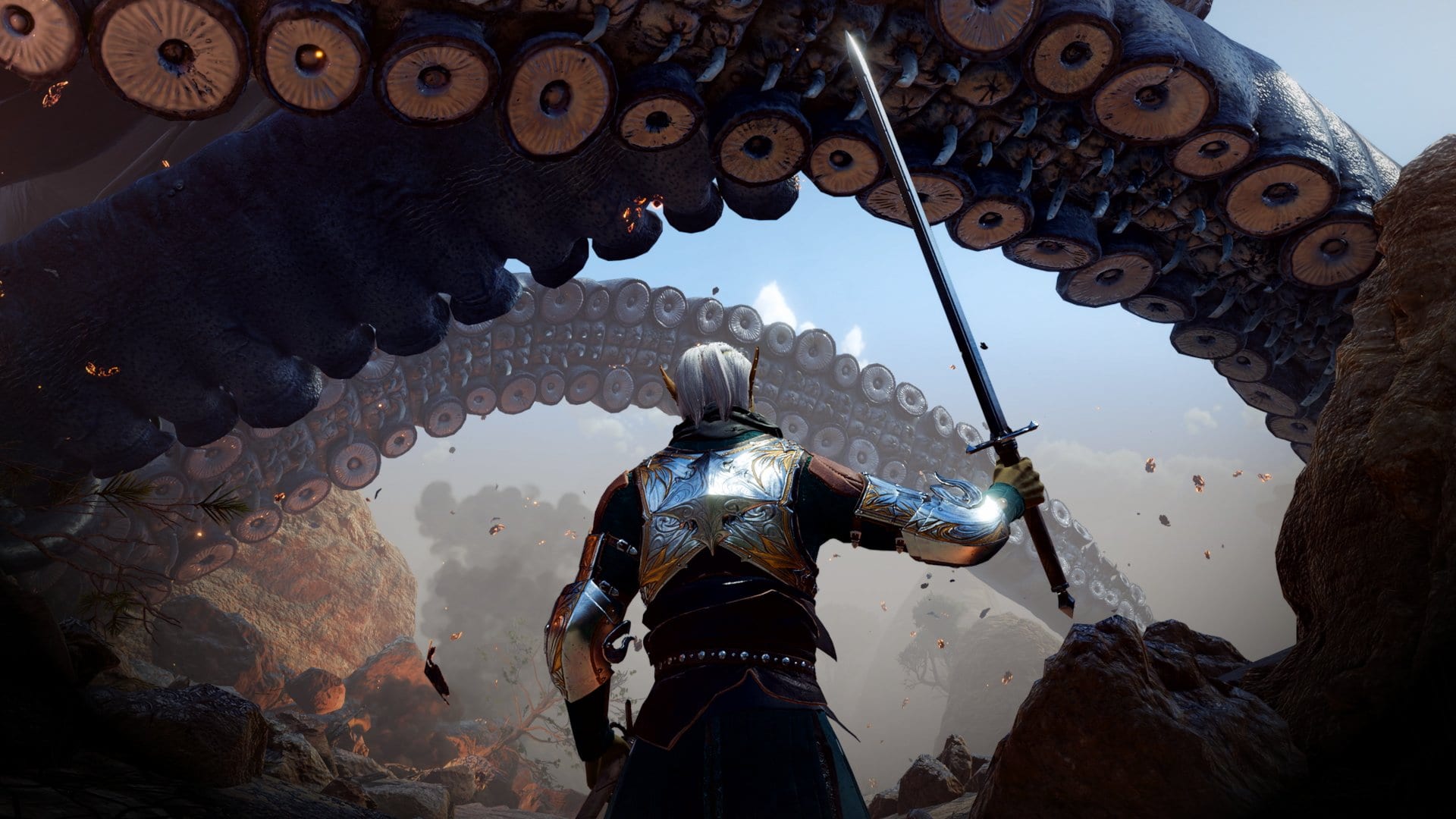 More than two decades after Bioware and Black Isle Studios released Baldur’s Gate II: Shadows of Amn, a new entry in the storied franchise is finally upon us. But before you start planning your next epic journey, there are a couple of caveats you should be aware of.

Baldur’s Gate 3, developed by Larian Studios (of Divinity: Original Sin fame), is now available in Early Access. It will remain in Early Access until the final release is ready, with Larian hoping to launch a 1.0 version in about a year if all goes according to plan.

Twinfinite was given access to a pre-release build a few days before the Early Access version went live, and in that time yours truly spent a dozen or so blissful hours slaughtering goblins and exploring the incredibly dense area in which the initial part of the game takes place.

So does it live up to the hype, to the crushing weight of expectations from fans and newcomers alike? Yes and no. Baldur’s Gate 3 is a beautiful, buggy conglomeration that is screaming with promise, but one I think is worth waiting for in its final incarnation.

While there is certainly a lot of content to engage in with the Early Access release, it’s hard to get too invested when you know that only the first act of this three-act epic is playable. Couple that with the knowledge that progress you make is likely to be reset with larger updates, frequent crashes, and bugs, and it’s kind of a hard sell right now.

Diehard fans of the series, of which I consider myself one, will also have to reckon with the turn-based nature of combat (the original games had a pausable real-time combat engine), and the overall Divinification of the game as a whole, both of which might be offputting to some.

Every aspect of the game, from the elementally emergent tactical combat and the environment to character interactions and dialogue options, and even down to mechanical elements and the UI, is clearly influenced by Larian’s earlier Divinity games, and it can take some getting used too.

On one hand, it’s a good thing, because the Divinity games are fantastic… but on the other, outside of its settings and window dressings, Baldur’s Gate 3 doesn’t really feel like a Baldur’s Gate game. Its an evolution, certainly, but it took me a couple of hours to really get on board with it.

All that aside though, what is available is pretty promising, if you are willing to go along for the ride.

The first thing you do upon starting a new game is to create a custom character to play as, and man is it gorgeous.

There is a fairly impressive amount of pre-made options for you to mix and match, and you can choose one of nine races, each with their own strengths and weaknesses.

Class selection is limited in Early Access, but there are still six to choose from. Each plays quite differently, as you would imagine, with Rogues launching sneak attacks from the shadows and Wizards destroying their enemies with arcane magic.

When you are done creating your character, Baldur’s Gate 3 opens with a bang. You are a prisoner aboard a trans-dimensional craft known as a Nautiloid, to begin with, and the opening cinematic gives the narrative thrust that will drive your early hours of gameplay.

Infected with an Illithid tadpole that will eventually transform you into a nightmarish mind-flayer, you need to escape and find a healer capable of removing the unwelcome parasite.

The Nautiloid serves as a tutorial dungeon, and it’s an effective way to onboard both new and old players to the different mechanical direction Larian has taken the series in, which is simultaneously more interactive and reactive.

The combination of escalating combat encounters and exploration of a sinister and mysterious prison are reminiscent of Irenicus’ dungeon in Shadows of Amn, and its a really effective way of drawing you into the experience.

Once you do escape, the initial area you find yourself in is both massive and extraordinarily dense. Within minutes, you will find companion characters to interact with, combat encounters to overcome, and quests to engage with.

Baldur’s Gate 3 is a semi-open world game, taking place on a series of large and detailed maps, and while you can wander wherever you like, you will quickly find yourself running into fights you aren’t ready for.

Battles are pretty tough, even once you do get a handle on the new combat system, and there is only the default difficulty setting available right now.

When a battle begins, each character roles for initiative at the outset, and takes their turn in sequential order. You can move, take a major action like attacking or casting a spell, and also make a bonus action like using an item or throwing an object.

Like the Divinity games, there is a complex elemental underpinning that adds a lot of strategy and dynamism to the whole affair. Targeting an enemy standing in water with a lightning spell might not be such a great deal if one of your companions is nearby, for example, and fires can rage across the battlefield, forcing you to rethink your positioning.

The companion characters who can join you in battle are pretty fantastic throughout, with the voice acting, in particular, being top-notch. Whether you bring along the sarcastic elven vampire Astarion, the wise-cracking mage Gale, or the taciturn Githyanki warrior Lae’Zel, each will comment on your actions and environments, and occasionally savage each other with biting comments.

The Early Access release purportedly contains more than 20 hours of gameplay, and its enough to justify the purpose, provided you are aware of its scope.

That being said, I think I have seen enough, I’m sold. What’s playable right now is fantastic, but I want to lose myself in Baldur’s Gate 3 for days on end in its final form, once all the kinks have been worked out.

It’s different, that’s for sure, and the new direction of the series might take some getting used too (especially if you grew up with the older games). But Larian has laid the foundation for something special here, and after waiting this long, I can wait a little longer.