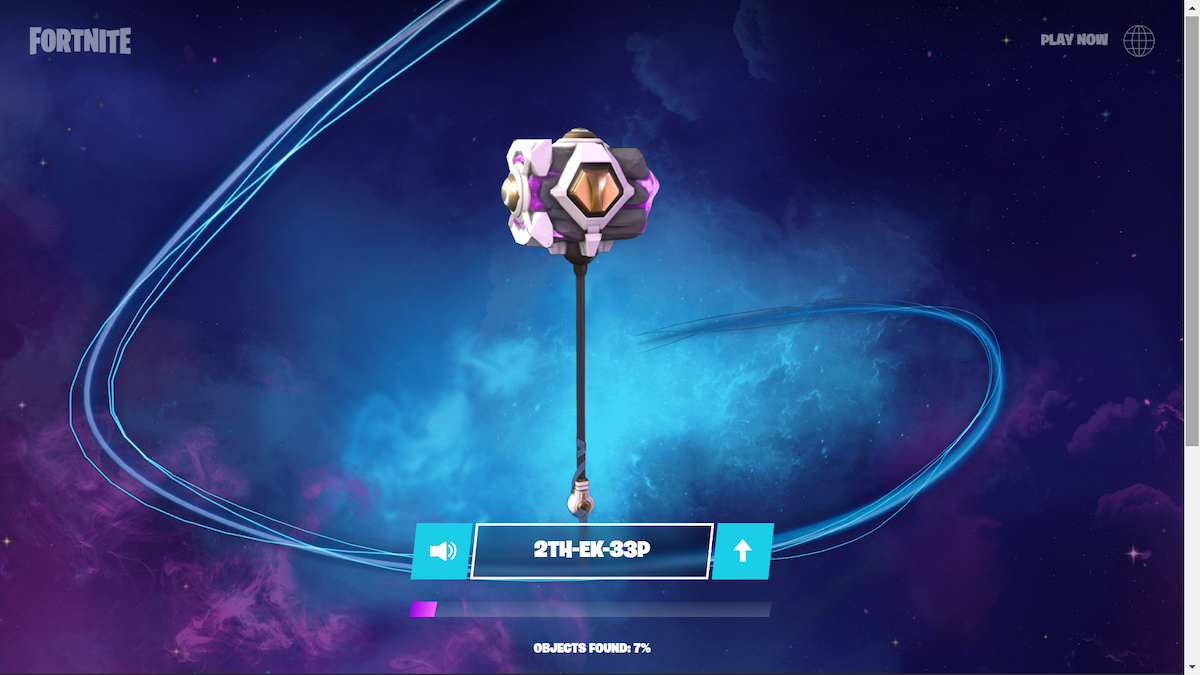 As Fortnite has gone into downtime for the upcoming Chapter 4 launch, fans are left with too much time they would usually spend playing the game. Epic Games has thought ahead, however, and have given players a scavenger hunt to unlock teases for Chapter 4 content. Here are all of the Object Coordinates in Fortnite Chapter 4.

With the current server downtime, players can head over to the official website for Chapter 4. On this site, players are prompted to “enter coordinates and discover objects together.”

Each working coordinate reveals a fun little tease released to Chapter 4. At the time of writing, the website says 7% of objects have been found. The coordinates aren’t like map coordinates, either.

These are the codes that have been found so far:

Considering the first two translate as “kneel before me” and “to the keep,” there are likely much bigger hints to be found.

The third coordinate was tweeted out by Brie Larson, so it’s likely the rest will trickle out over the next several hours until the game comes back up.

While these are all the coordinates we know about, for now, we will continue to monitor the Twitter accounts of other notable Fortnite voice actors like Joel McHale and Rahul Kohli to see if they have anything to add.

For the moment, these are all of the Object Coordinates in Fortnite Chapter 4. It’s nice to see motorcycles confirmed for the new season. The first time we heard about motorcycles in Fortnite, dataminer HYPEX found evidence of them coming in June.