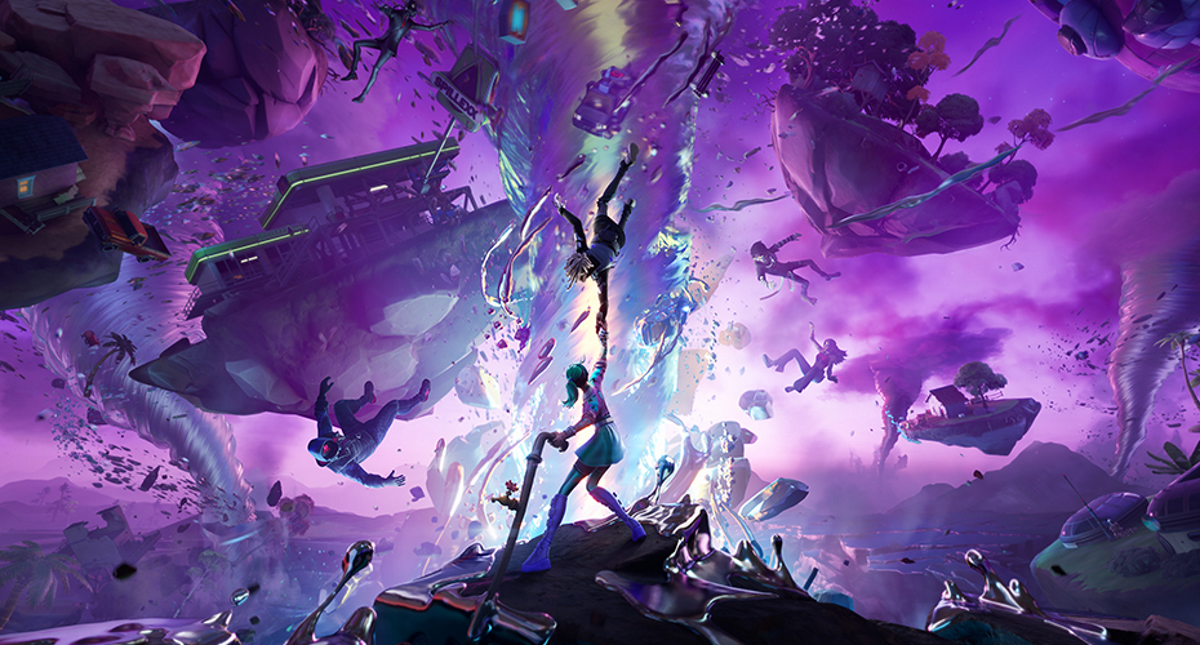 The Chapter 3 Season 4 of Fortnite had concluded on Saturday, Dec. 3, and the servers have been taken offline in preparation for the upcoming first season of Chapter 4.

The latest chapter and season ended with the finale “Fracture” event, teased earlier this week, which saw the island get engulfed by the recently introduced chrome goo and subsequently explode by the Herald. Then players were treated to an astral scavenger hunt, collected orbs, and caused the island to reshape into a different form.

The event ended with teases of The Hulk on a motorcycle, My Hero Academia, and YouTuber Mr. Beast followed by the player characters relaxing on a nearby asteroid looking at the newly reformed island floating in space.

Chapter 3 was one of the shortest chapters for Fortnite: Battle Royale, launching almost exactly one year ago in December 2021 and contained only four seasons.

Epic Games has not yet revealed when the Fortnite servers will be back online on all platforms with Chapter 4. Historically, the start of a new season has mostly come one day after the ending of the previous season, which would place the beginning of Chapter 4 Season 1 sometime on Sunday, Dec. 4.