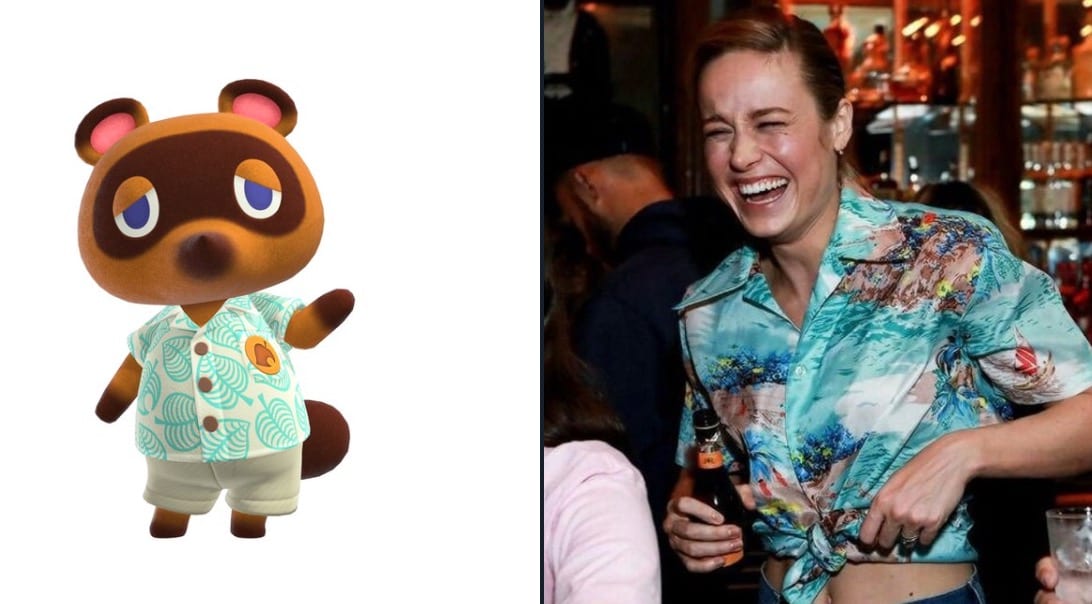 You all may know Brie Larson as the actress who’s played roles such as Captain Marvel in the MCU, Envy Adams in Scott Pilgrim vs. the World, and she even appeared in a couple of episodes of Community. That being said, she’s a fantastic actress that’s also known for her various clothing styles, clothing styles that could be comparable to several Animal Crossing villagers. Yup, this is an Animal Crossing article.

This brings us to one of the most amazing Twitter threads that I have laid my eyes upon and we all need to thank @tessaracts for the hard work and dedication on this.

They have managed to put together side-by-side images of Brie Larson and several Animal Crossing villagers that look strikingly similar to the actress.

First off is Tom Nook. Larson really knows how to work a Hawaiian vacation shirt. And we also have this cute little bear(?) with flowers all over them, but of course, Larson one-ups them with cute little bird on her shoulder.

She is really working all of that pink in the first photo.

This is how I imagine Mr. Resetti looks in the real world.

Who knew that Brie Larson had so much in common with the Animal Crossing community of characters.

Hopefully, this thread keeps you occupied until New Horizons launches next month.