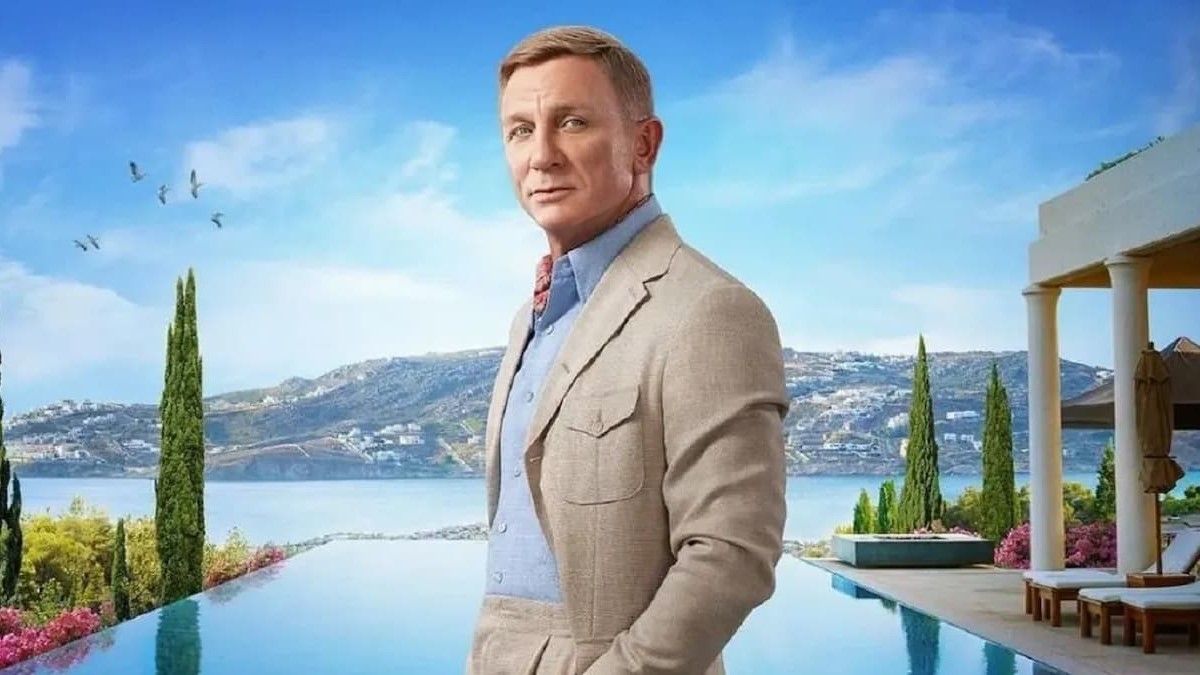 The Knives Out series features many classic mystery tropes, including the intelligent detective, a twist ending, and the obvious suspect. Yet, there are other concepts of the whodunnit genre that expand the franchise further, especially with the modernized approach of Rian Johnson. So, now that the third installment is in the works, here are 10 mystery tropes we want to see next in Knives Out 3.

Time is one of the essential aspects of any murder mystery since it can help establish alibis and provide more information about the victim’s time of death. In particular, Knives Out uses this concept in a scheme to throw off the Thrombey family, resulting in a fabrication of when the actual killing took place. Then, we see another theme of clocks in Glass Onion with Miles Bron’s obnoxiously loud ‘Dong!’ that sounds off hourly.

For Knives Out 3, this concept could reach new heights with the ‘A Clock Discrepancy’ mystery trope, where the audience believes an event happens at a particular time, despite being a false lead. An excellent example of this approach occurs in Saw II, a series known for its shocking reveals. In the story (spoilers for this movie), a detective must watch a “live feed” of his son, who has been trapped in a house with strangers. However, at the film’s end, we learn that the video was previously recorded, and the events occurred in the past.

The next Knives Out could include a similar idea to deceive whodunnit fans with an unexpected plot twist. As an audience, we often think that time is on our side with murder mysteries because it is a concept that typically can’t be messed with. Therefore, with the ‘A Clock Discrepancy’ trope, viewers will be tricked by this arrangement, increasing the mystery element to a greater extent.

Inspired by a True Crime Story

A fictional murder story on its own can definitely keep the audience at the edge of their seats with the right kind of storytelling. Still, there’s something more chilling about a narrative inspired by a true crime event since it happened in the real world, differing from the fictive portrayals we’ve seen in Knives Out and Glass Onion.

Many famous movies, such as Scream, Zodiac, and The Strangers, have utilized real-life scenarios. For instance, the killer of the original Scream is based on the Gainsville Ripper, who murdered many college students. Of course, Knives Out 3 doesn’t have to be about a factual occurrence entirely, but it can possibly influence a character or the killing in the story to bring a unique aspect to the upcoming film.

In Knives Out and Glass Onion, there has primarily been a single killer who is the mastermind of a secret ploy. The third installment can take it a step further by having multiple accomplices where everyone is responsible, which could even deceive the great Benoit Blanc.

At this point, there has always been someone in the group that Blanc could trust in both films, making it easier for him to understand the case overall. On the contrary, the ‘Everybody Did It’ mystery trope could alter the detective’s convictions due to his theme of helping good people. You can see this characteristic in Knives Out when Blanc trusts Marta Cabrera, even if he suspects everyone else in the house. With this in mind, the third installment could change this formula where no one is innocent, and the detective must face the case alone.

Death in the Clouds

If you are a murder mystery fan, you’ve probably seen the classic whodunnit train films, like the variations of Murder on the Orient Express. However, what if Knives Out 3 takes the crime story to the skies with the ‘Death in the Clouds’ trope? Those unfamiliar with this term should note that it derived from Agatha Christie’s detective novel of the same name, in which a passenger on a plane dies while in the air.

Using this concept, the next Knives Out could change the pace with a completely enclosed space, along with the isolation of being up in the air. Rian Johnson can also use the ‘Death in the Clouds’ trope to have a diverse cast of characters who are strangers to each other.

Remember that the first installment involves a wealthy family, while the second showcases a group of friends. So, all things considered, fans will experience a new aspect of the franchise with this plane idea, widening the film’s scope.

A plot of a fake death to frame a specific person could spice up the franchise, where the victim is revealed to be alive after some time has passed. For the most part, each killing in the series has proven to be accurate, whether it’s a brutal slash to the throat or a subtle drink poisoning. Nonetheless, there can still be an accidental homicide for the sake of the murder aspect, with the exception of the initial victim, who is the true villain.

One movie that remains successful with this concept is Gillian Flynn’s Gone Girl, a narrative that persuades viewers to think the victim is completely innocent when there is much more to the story. Knives Out 3 could mimic this approach by investigating a killing that was never committed and uncovering the truth about the suspected guilty party.

Insists on Being Suspected

The detective, Benoit Blanc, is the franchise’s most beloved character due to his passion for solving mysteries and eccentric personality. In the span of two movies, he has predominantly been the outsider looking in, prohibiting the character from being a suspect. To change this perspective, the third installment can place him as one of the accused in a case, potentially an accidental situation or a self-defense scenario.

Although the ‘Insists on Being Suspected’ mystery trope doesn’t necessarily mean that Blanc is the killer, it does cast some doubt on the character. This term mainly focuses on the detective considering themselves suspect, meaning they can’t be trusted. Thus, could Knives Out 3 alter our bias toward the charismatic Benoit Blanc? Only time will tell if Rian Johnson will feature this twist.

Since the Knives Out franchise is widely known for its star-studded cast, the series can expand on this by taking place on a set in Hollywood or any theatrical location. From there, the story will be able to include the ‘Not-So-Fake Prop Weapon’ trope, a scenario where an actor accidentally kills a fellow cast member due to a prop mix-up. The killer could almost be anyone on the set, such as the actors, the production crew, or an outsider who wandered into the area.

With this trope, we could see an exaggerated version of famous stars we know and love, bringing the fourth-wall-breaking element into the series. It would also be amusing to see how Blanc deals with actors and actresses, who could mislead him with their performance skills.

Lastly, the ‘Not-So-Fake Prop Weapon’ concept could be a full-circle moment for the series based on the scene where Harlan Thrombey holds a knife and states, “Playing life like a game, without consequence. Until you can’t tell the difference between a stage prop and a real knife.”

The amnesia card has never been done in the franchise, and it could be a new outlook of the series that furthers the mystery of what really happened. For instance, the story’s hero could enlist Blanc’s help to solve a murder due to their memory loss. In return, fans can interpret their own conclusions from scratch as the film dives deeper into the character’s past.

Besides the heroic tale, Johnson may go a darker way and feature an amnesiac villain who has no idea they are responsible for the killing. This method could either go two ways: the character finds out and tries to cover it up, or they aren’t the same person they once were when the crime occurred. On that premise, we hope to see the amnesiac trope in the Knives Out series, allowing the audience to build a timeline piece by piece.

The Knives Out cast has generally been adult figures, including parents, a well-established CEO, and many more. With the third installment, Rian Johnson could change this element by including a younger group of characters with a school murder mystery. This technique is a common concept in novels, anime, video games, and several movies. Additionally, the franchise would still have adults in the cast for those who don’t prefer this approach, thanks to the role of teachers.

Like the actor trope, it would be interesting to watch Benoit interact with children or teenagers because we’ve only seen this side of him briefly with Jacob Thrombey in the original installment. Nevertheless, the detective barely spoke to this character in this film, along with the absence of younger individuals in Glass Onion. So, if the third installment does showcase a murder mystery in a school setting, Benoit Blanc will undoubtedly have his hands full with the next generation.

The ‘Consulting a Convicted Killer’ trope is a typical situation where the characters must get help from a convicted murderer in order to capture a new villain. Rian Johnson could use this concept to his advantage by including a surprise cameo of one of the killers from Knives Out or Glass Onion. For instance, a recent killing could mimic the style of the previous antagonists from the franchise, forcing Blanc to talk to them in prison.

Even though each film features a new cast, the storyline is connected through Benoit Blanc, and we could eventually see the other characters come back. Moreover, fans usually love when there are references to past projects, and this method could stir up the community with the return of a killer.

Whichever way the series goes, the future looks bright for the Knives Out franchise, and Glass Onion is proof of that now that the film has taken off on Netflix.