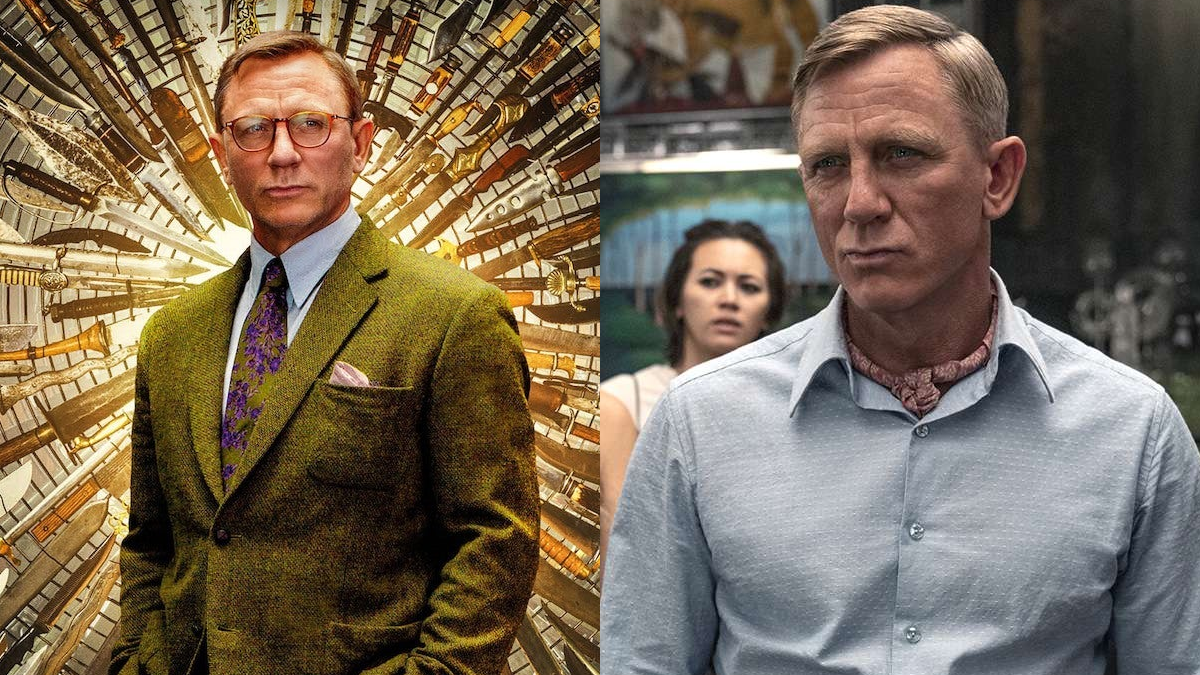 The murder mystery genre has undoubtedly grown over the years, from the timeless classic Clue to the modern-day Knives Out series. What sets these movies apart is how much the audience becomes invested in every aspect of the story, where they have to look for hidden clues and detect subtle lies to discover the killer’s identity. So, now that the sequel to Knives Out has officially been released on Netflix, whodunnit fans can experience the thrill all over again with a new star-studded cast.

Since Glass Onion is the second installment in the franchise, you can’t help but compare it to its predecessor. More importantly, which movie is better? The only way to answer this question is by looking at each aspect of these films and seeing which one does better.

The Thrombey family of Knives Out is an eccentric bunch of characters who pride themselves on one thing, money. After the murder of Harlan Thrombey (the head of the household), each member deals with his death differently, and you can truly see how much wealth affects their judgment as they try to claim his inheritance. On the other hand, there are characters like Marta Cabrera (Ana de Armas) and Benoit Blanc (Daniel Craig), who don’t even care about money and only want to uncover the truth about the killing, showing a more compassionate side.

However, when it comes to diversity, Glass Onion excels in this aspect, primarily because the first installment focuses on a family. In contrast, the second centers on a group of friends as they play a murder mystery dinner party. With Knives Out, everyone has a similar background of being raised in an affluent household, except for Marta and a few others. You could say the same for the characters of Glass Onion, yet they all stand out in their own way because they all have different stories and distinct personalities. On top of that, the characters’ origin story of how they all met is a mystery, differing from the family aspect of Knives Out.

But, of course, there’s nothing wrong with focusing on a family, mainly since the Knives Out characters also have differences that showcase their individuality. Nonetheless, the variety of Glass Onion still outshines its predecessor, giving fans more of a chance to like/relate to a particular character.

Likability is another concept to look at when comparing the two groups of each film. One of the main protagonists of Knives Out, Marta, is incredibly relatable because of her nervous tactics and naivety throughout the whole murder scenario. Besides Cabrera, Blanc is an exceptional character that steals the show every time and even makes it onto Glass Onion thanks to his quirkiness and ability to solve complex puzzles.

Despite the appeal of Marta and Benoit, the sequel takes things a step further by expanding the likability rate. The characters may be rich and selfish at some points, but many moments make you want to laugh due to their outlandish actions and funny one-liners. Additionally, if you enjoyed Blanc in Knives Out, you’ll certainly love him in Glass Onion because you get to see him in a different light with a new set of characters.

The acting performances of both Knives Out and Glass Onion are some of the best in the murder mystery genre. Every cast member portrays their characters exceptionally well, and you almost forget that they are playing a part in a film. Not to mention the fact that both movies are packed with famous stars, such as Jamie Lee Curtis, Chris Evans, LaKeith Stanfield, Edward Norton, Kate Hudson, and others.

All things considered, the performance from Knives Out is relatively more believable than Glass Onion because the cast makes you feel like they are rich selfish schmucks. First, there’s Jamie Lee Curtis, who embodies her character, Linda Drysdale; a mother who consistently tells people how successful she is, even if she gets help from her father. Next, we have Toni Collette’s character portrayal of Joni Thrombey, who showcases raw human emotions effortlessly with every scene.

Although the actors in the first installment are beloved in Hollywood, they somehow still made themselves these astonishingly off-putting characters. In some cases, audiences can unknowingly have these biases toward individuals like Chris Evans, widely known for his heroic role in Captain America. Nevertheless, in Knives Out, you don’t see this side of him, and you sincerely believe he is a bratty snob.

There are times when the cast of Glass Onion does make you want to hate them, yet the actors of Knives Out blow it out of the water with their acting. Getting the audience to like the characters is one thing, but making them abhorrent is complex, especially with a famous star-studded cast.

Every good murder mystery always has a series of plot twists that keep you on your toes with each scene. That said, Rian Johnson utilizes this story mechanic in a specific way, showing the audience a shocking reveal in the middle of the film, then closing out with one last reveal. Based on plot twists alone, Glass Onion is the clear victor here by having many surprises throughout the film.

Whether you have watched the Knives Out trailer or the movie, you go into the film knowing that Harlan dies. Alternatively, Glass Onion does not explicitly state who the victim of the storyline is, increasing the mystery of who perishes. Is it the pompous billionaire know-it-all? Or is it the annoying party girl? There’s no way to tell since there are many plot twists at every turn, possibly more than its predecessor.

Going back to the surprise in the middle of the story, Glass Onion does this relatively better. In Knives Out, the big reveal practically compels the audience to believe that the case has been solved midway because the killer’s identity is somewhat disclosed. As a result, you may not think there is anything left of the film since you already know who the murderer is, despite there being other mysteries at the very end.

Glass Onion’s twist at the halfway point plays out differently because there is no resolution on the killer’s identity. Instead, it only gives you a piece of a puzzle by providing the audience with a new perspective that changes the game.

Like most murder mysteries, the climax is where everything comes together, and the truth is finally unveiled. While Knives Out ends with a bang, Glass Onion takes things up a notch with an explosive conclusion that will leave you speechless. Honestly, there’s no way to predict the sequel’s finale even if you tried because it is so outrageous and entirely out of the left field.

Now that we’ve looked at both films, Glass Onion proves that sequels can be just as good as the original. It’s not that its predecessor is necessarily worse; it’s more so that the series is improving each time. Plain and simple: Knives Out walked so that Glass Onion could run.

Everything you like about the first movie is even better in Glass Onion. Those who liked Benoit’s wackiness in Knives Out will undoubtedly love his upbeat behavior in the second installment, especially the hilarious scene where he becomes frustrated when playing Among Us. Although his partner, Marta, isn’t in this storyline, Andi Brand (Janelle Monae) continues what she started and expands it further.

The modern take of Glass Onion also makes it feel more realistic with its theme of technology and interpretation of the pandemic. In particular, one scene alone displays each character’s personality, where the audience can see how they wear masks. For example, Birdie Jay (Kate Hudson) wears a glamorous mask with holes, and Duke Cody (Dave Bautista) doesn’t even put one on. These hints are subtle, but they allow us to get to know them without many words, and it also feels familiar since we’ve all encountered someone like them, whether we like it or not.

All in all, Glass Onion: A Knives Out Mystery shows that murder mysteries can thrive in modern times. Now that there are a variety of new devices and lifestyles, there are more elements to use in these genres for plot devices and surprises. We’ll have to see what happens in the future of this beloved franchise and what other twists may unfold in the possible third installment.