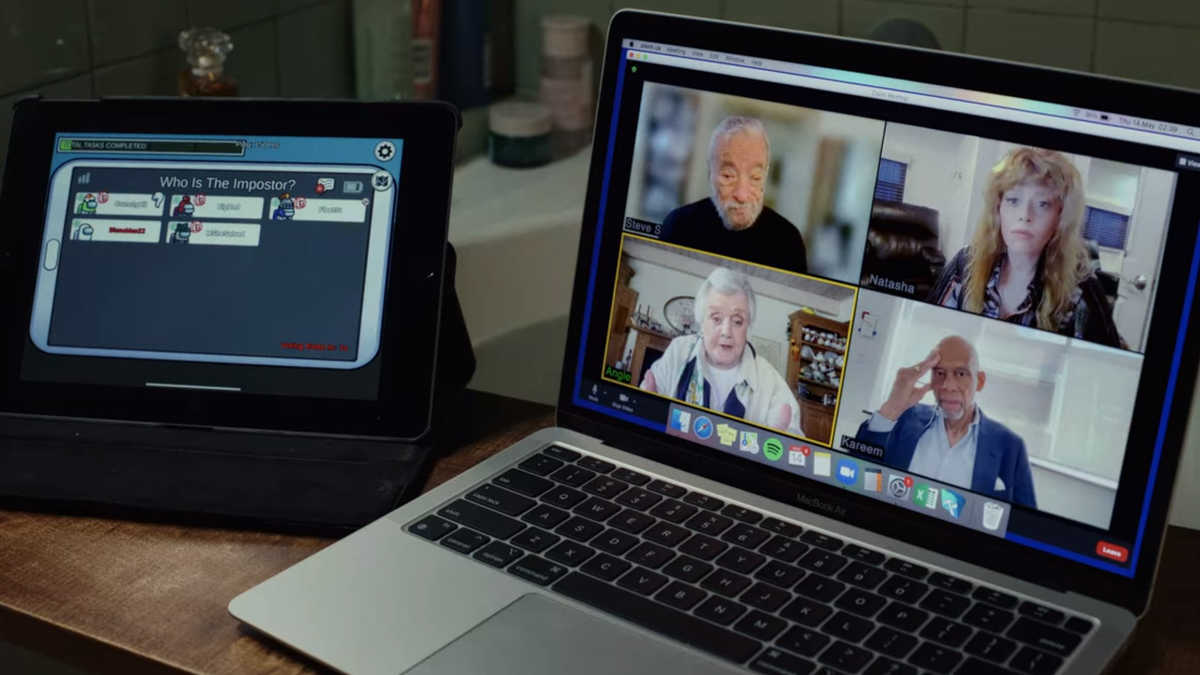 Benoit Blanc’s introductory scene in Glass Onion pairs him with a collection of virtual stage-mates that would make any Hollywood party blush. Among the video conference callers playing the video game Among Us with Blanc in the tub is film and television icon, Angela Lansbury, whose understandable ignorance of the game’s mechanics made for a charming collision between generations, according to The Hollywood Reporter.

The hilarious reintroduction to Knives Out’s renowned detective shows him in a state of considerable melancholy, for which his very famous friends (Angela Lansbury, Stephen Sondheim, Natasha Lyonne, and Kareem Abdul-Jabbar) have lovingly gathered to lighten him up by way of distracting him with a video game. Blanc, not grasping the subtleties, loses immediately, for which he is openly mocked by Lansbury and the others.

Lansbury, who shot to global fame in her role as Jessica Fletcher in the classic murder-mystery television series, Murder, She Wrote, struggled with understanding the nuances of the 2018 multiplayer game as director Rian Johnson did his very best to give the famed actress the background she needed for the scene.

Always the professional, Lansbury listened patiently to Johnson’s explanation, before conceding the new generation’s source of murder mystery was beyond her, telling the director, “Just tell me what the lines are. I’ll trust you.” The talent she was, Lansbury’s short performance came out as sharp as if she were a veteran of the whodunit video game.

A long-time enthusiast of the genre, Johnson was ecstatic to have one of its biggest stars play a part in his most recent work, albeit just before Lansbury’s passing on Oct. 11, 2022. Her legacy lives on in her last scene on film in Johnson’s Glass Onion, and her incredible 8-decade-long body of film and television work.