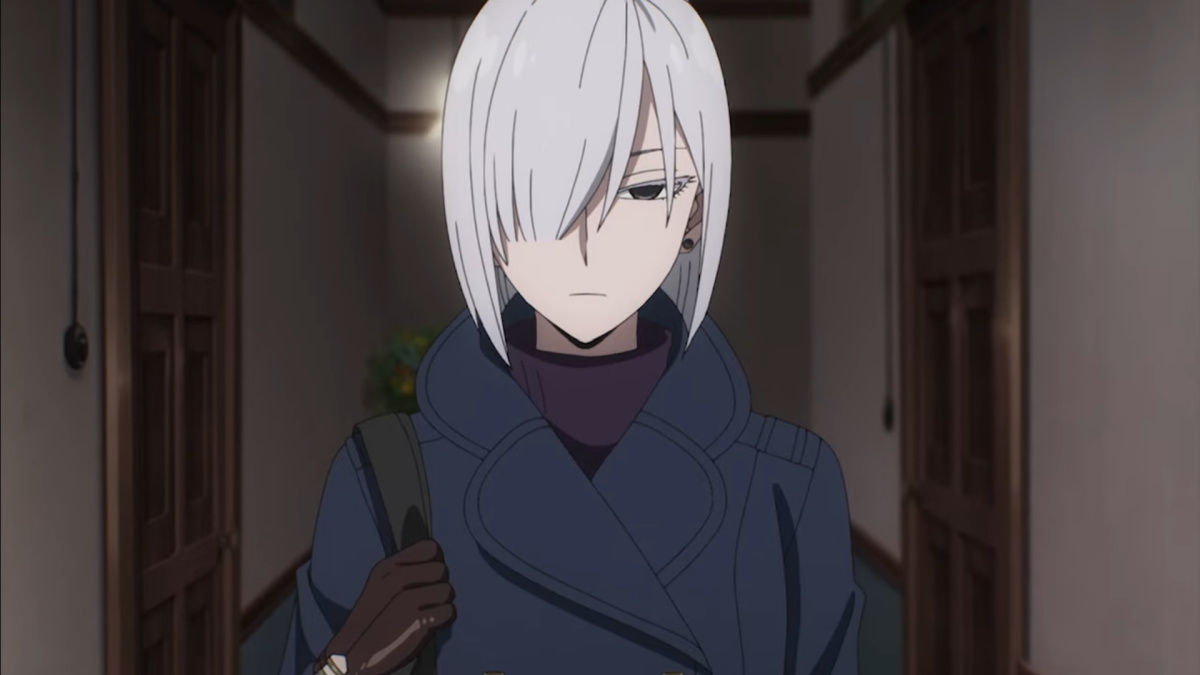 While it may not have come as the biggest surprise to more established anime fans, Fiona Frost’s introduction into the cast of characters in Spy x Family marks a big turning point for the series. In addition to providing a romantic rival for Yor, it also presents a new avenue for hijinks and storylines to play out among both Fiona and the core cast of Loid, Yor, and Anya. With that said, though, you might be wondering: Who is Nightfall in Spy x Family, and where was she during the earlier portion of the series?

Like Loid, Fiona Frost is a secret agent and spy working for the WISE agency in Spy x Family.

She entered the agency sometime after Loid and was trained by him in the arts of espionage. It was during this time that she began to have feelings for him and embraced his teachings to an excessive degree. This is what led her to adopt her constant icy expression: After being told by Loid that spies must always hide their true feelings, she became determined never to let her feelings be revealed, resulting in her having a constant look of apathy.

Though she wished to act as Loid’s wife during Operation Strix, it was determined that it would provide better cover if he found a wife not tied to WISE. This led to her instead providing a supporting role as another employee at the hospital he works at, where she has acted as a go-between and provided mission updates to him while he plays his role as a doctor.

Following her introduction into the series proper, though, she starts to try and make herself the better option for his stand-in wife. She mainly does this by competing with Yor in a variety of areas to prove her superiority. Due to Yor’s abnormal physical abilities, though, she always loses, resulting in Fiona training and attempting to overcome Yor at a later point.

All the while, Yor remains largely oblivious to her true goals. Loid, meanwhile, seems to understand that Fiona has some sort of feelings for him but doesn’t confront her about them due to not wanting to hurt her feelings.

Where Was Fiona Before the Main Story?

As for where Fiona Frost was before the events of Spy x Family proper and why she joined Wise, it’s still unknown. While Loid and Yor have each received detailed flashbacks explaining how they came to be where they are now, not much is known about Fiona outside of brief glimpses of her training with Loid. This isn’t likely to change anytime soon either, as arcs centered around Fiona are few and far between.

However, this isn’t to say that her past will never be elaborated on. Most every main or supporting character has received a deeper backstory up to this point, and Fiona most definitely fits the bill as the story goes on. As such, it’s highly likely that she’ll receive a proper fleshing-out of her story via a flashback at some point in the future.

Hopefully this cleared up who Nightfall is in Spy x Family. For more on the series, we’ve got other explainer guides on topics like what Project Apple is and what Bond’s powers are. Likewise, we’ve got a slew of articles related to anime in general which you can check out down below.