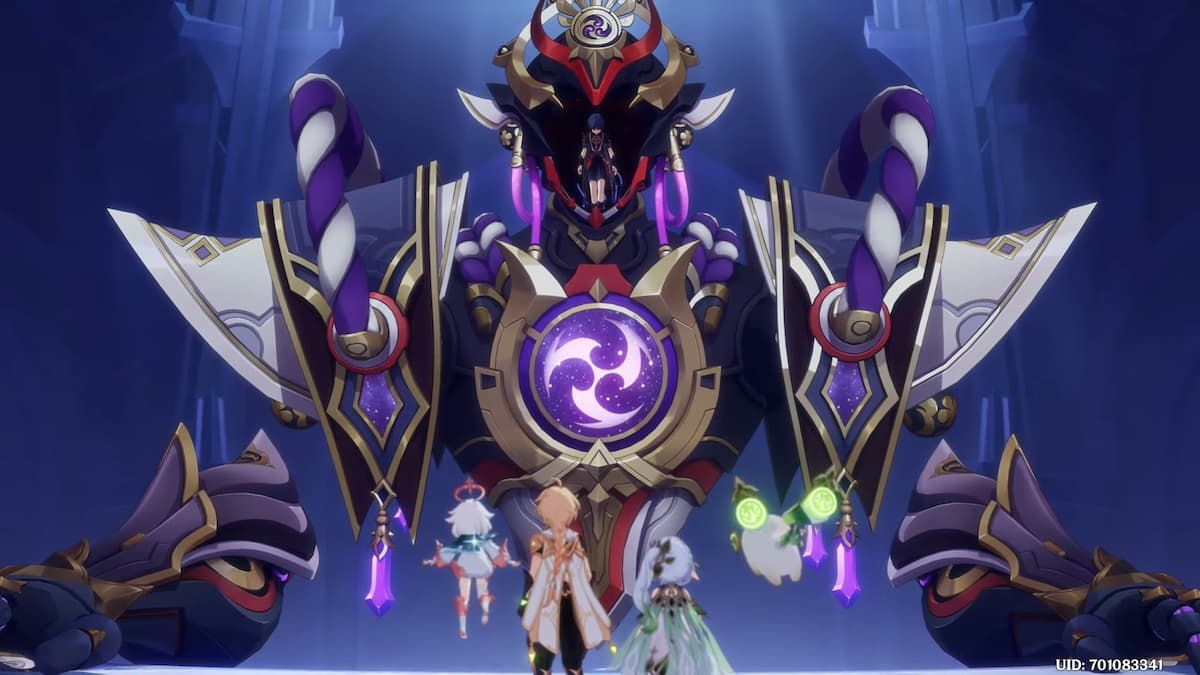 How To Reach and Unlock Scaramouche Boss in Genshin Impact

The Scaramouche Boss is located in Genshin Impact’s Chinvat Ravine, Sumeru region. To be more specific, it’s found within Joururi Workshop, and we’ve marked its exact location in the above image.

One can encounter the Scaramouche Boss after meeting the following requirements:

The Akasha Pulses, the Kalpa Flame Rises is a three-hour-long quest. Therefore you’ll need to spend plenty of time to access the boss if you have not already completed the quest.

To easily defeat Scaramouche Boss in Genshin Impact, we recommend forming a party of characters with ranged elemental attacks. Here’s our recommendation for the best party composition to fight against Scaramouche Boss:

Tighnari is the first five-star Dendro character, who is the captain of the Dawson Rainforest. Tighnari throws a Vijnana Stormheart that deals AoE Dendro damage and creates a Vijnana-Khanda field that confuses enemies within. Tighnari also gains the Vijnana-Penetrator effect, which decreases Wreath Arrow charge time by 1.5 seconds. This effect ceases after three Wreath Arrows are fired.

Nahida is a 5-Star Dendro character that sends forth karmic bonds of wood and tree from her side, dealing AoE Dendro DMG and marking up to 8 opponents hit with the Seed of Skandha.

Fischl’s elemental skill summons Oz. The night raven, forged of darkness and lightning descends upon the land, dealing Electro DMG in a small AoE. For the ability’s duration, Oz will continuously attack nearby opponents with Freikugel.

That’s everything you need to know about finding Scaramouche Boss in Genshin Impact. Before leaving, don’t forget to check out some of our other Genshin Impact-related content here at Twinfinite, like how to Pre-Install Genshin Impact 3.2 update & download size, the best Genshin Impact presets, and more.