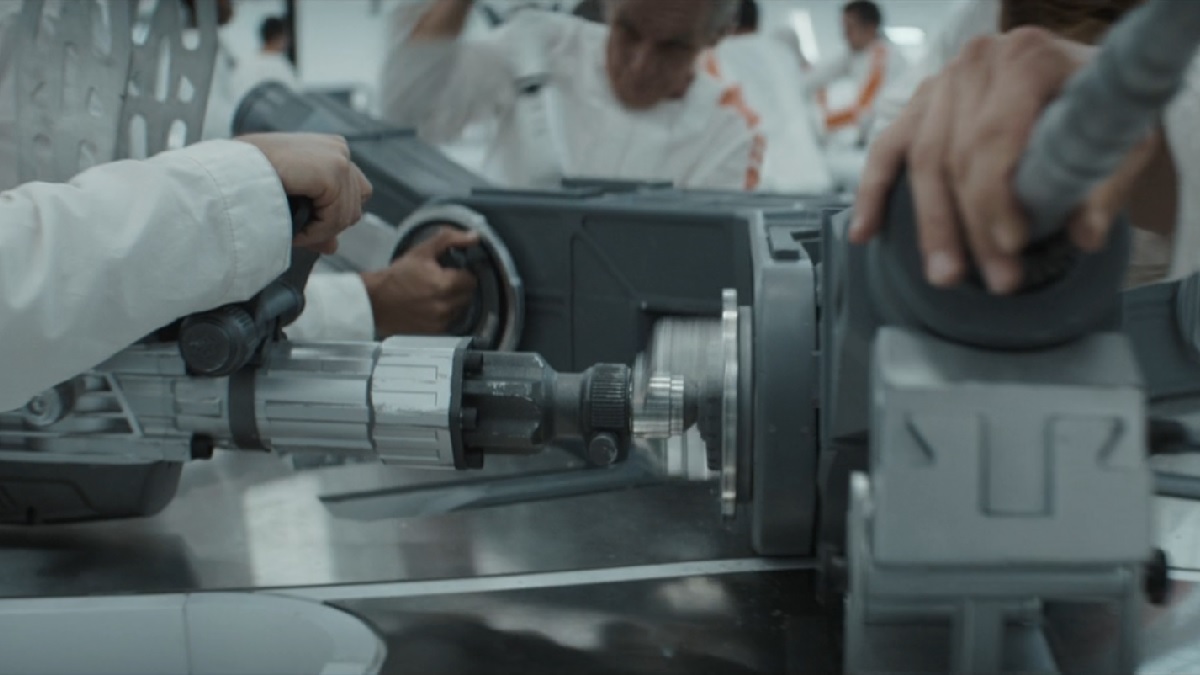 In Andor’s Narkina 5 prison arc, Cassian must endure grueling labor in a race against other prisoners on his block. The arc’s plot focuses on the conflict between Cassian and the prisoners and the eventual escape plan; the oddly shaped items they manufactured were ever-present in the background. While that is going on, though, something is being built for the Empire. Here is everything you need to know about what the prisoners were building in Andor.

UPDATE: In a post-credit scene at the end of Episode 12, the items the prisoners were building are confirmed as parts of the Death Star still under construction. Lucasfilm took a page out of the MCU’s playbook and provided fans with the unexpected post-credit scene after the season finale.

After the credits fade, the scene begins with a small droid welding a piece into place on a larger metal sheet (paralleling the bomb-making in the episode’s opening) before pulling back to reveal hundreds of droids working and skittering along the surface of a structure in space. It continues to pan out, and the Death Star is revealed, with its massive laser cannon still under construction.

There have been many schematics and blueprints of the massive weapon of destruction over the years, and we do have some references to the various parts of the Death Star. Now we can see the parts the prisoners were building are connecting jigs holding together the panels of the “Superlaser Focus Lens,” the concave circle where the deadly laser blast is emitted. The scene leaves fans with a taste of the ominous future they all know eventually awaits Andor in Rogue One.

Now you can confidently say you know exactly what the prisoners were building in Andor. Check out our other Andor-related content, such as is Luthen a former Jedi, the bold sacrifice of Kino Loy, and what is behind the madness of Saw Gerrera.