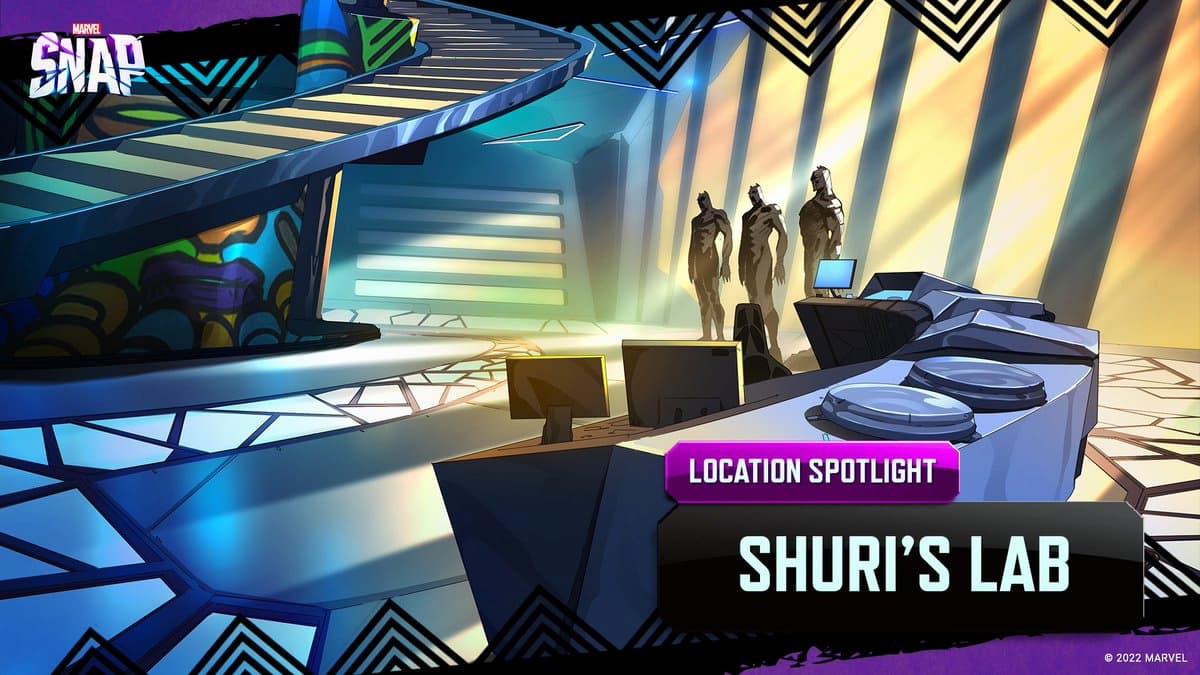 The Warriors of Wakanda season has just gone live in Marvel Snap, and there’s already a brand new Featured Location to go along with it. It was initially teased in this week’s developer update video, but the new location is Shuri’s Lab, with the following location effect: When you play a card here, double its Power.

It’s essentially Black Panther‘s card ability, except you can double the Power of any card you play there. This will, of course, work well with Black Panther, allowing him to get insanely powerful. However, this is also basically Shang-Chi’s paradise, as he can destroy all cards at 9-Power or above in a single lane.

Shang-Chi is likely going to be a very popular tech card this season, and if you’re planning on leaning into Black Panther’s ability and Shuri’s Lab, you may want to put Armor in your deck as well, though that may interfere with the Arnim Zola play line.

Just like previous Featured Locations, Shuri’s Lab has a 40% chance of appearing in your matches for the next 48 hours.