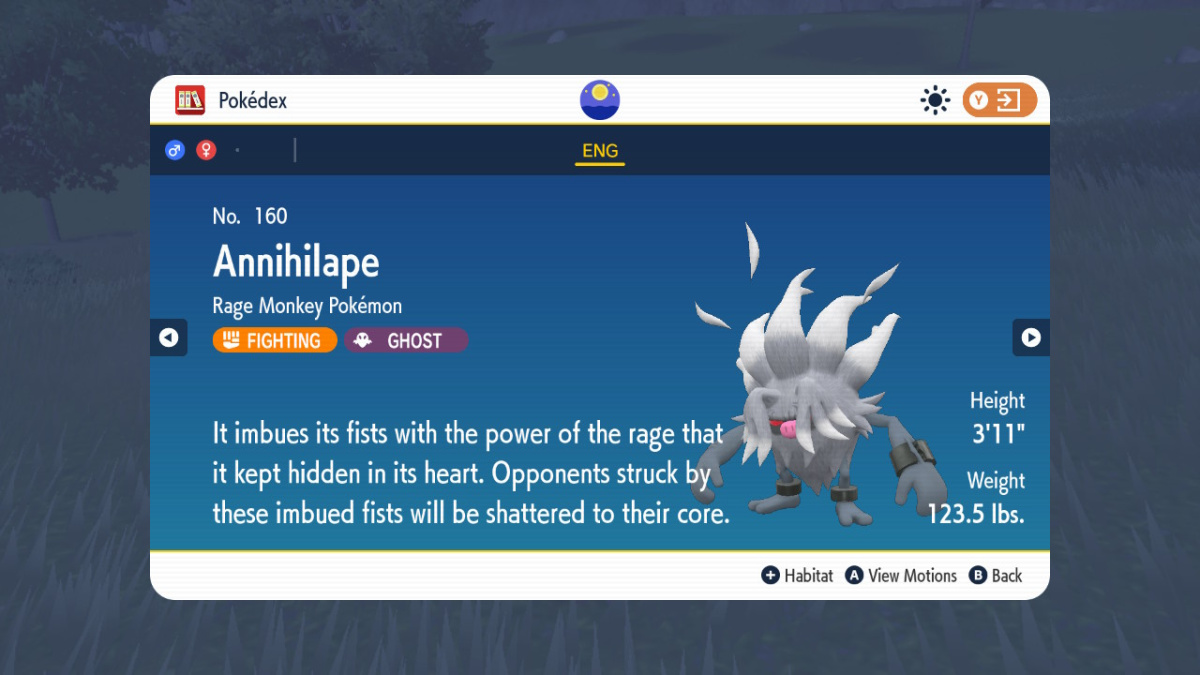 Pokemon Scarlet and Violet has a slew of new evolutions for existing Pokemon, but one of the trickier ones to pull off is Primeape’s transformation into Annihilape. Not only do you need to learn and use a specific move, but you also need to use it in a specific way or else you won’t get the seething simian your heart desires. Worry not though. We’re here with a guide to make sure you know exactly how to evolve Primeape into Annihilape in Pokemon Scarlet and Violet.

The obvious first step toward evolving Primeape into Annihilape in Pokemon Scarlet and Violet is to get yourself a Primeape. The easier way to do this is to catch one in the wild. They’re most commonly found right outside Medali in the west Province Area 3 zone. They’ll be between level 28 and 31 too, which is a big bonus.

However, this isn’t to say you can’t get a Primeape another way. You’re also more than welcome to catch a Mankey in the Southeastern and Western portions of the map, and then train it up until it evolves at level 28.

Once you have a Primeape, you’ll then need to train it up to level 35. This can be done the traditional way via battling, or through the use of Exp. Candies and Rare Candies. Once it reaches this level, it’ll be able to learn the move Rage Fist, which is a Ghost type move that can be used 10 times before being depleted.

Teach it this move, and then head out to any area where there are Pokemon that won’t be immune to Ghost type moves. Then, fight said Pokemon with your Primeape and only use Rage Fist. You’ll need to use it 20 times without visiting a Pokemon Center and restoring its PP that way. Given that Rage Fist only has 10 PP though, it’ll run out halfway toward this marker.

Luckily, using items like Ether is fine, so all you need to do is have one handy for this process. They can be found scattered throughout the game’s open areas in the form of Poke Balls on the ground denoted by glowing red spots. Track one down if you need to, and then set about using Rage Fist 20 times.

Once you’ve used the move enough times, you’ll then need to level Primeape up once. This can be done through battle, or via Exp. Candies and Rare Candies. Once it levels up, it will then evolve into Annihilape, a Ghost and Fighting dual type Pokemon with a ton of damage dealing potential.

Hopefully, this cleared up how to evolve Primeape into Annihilape in Pokemon Scarlet and Violet. For more on the games, check out some of our other guides covering topics like how to get Baxcalibur, how to get Ice Stone, and where to find Roaming Form Gimmighoul. We’ve also got plenty of other articles related to the Pokemon series in general, which you can find down below.