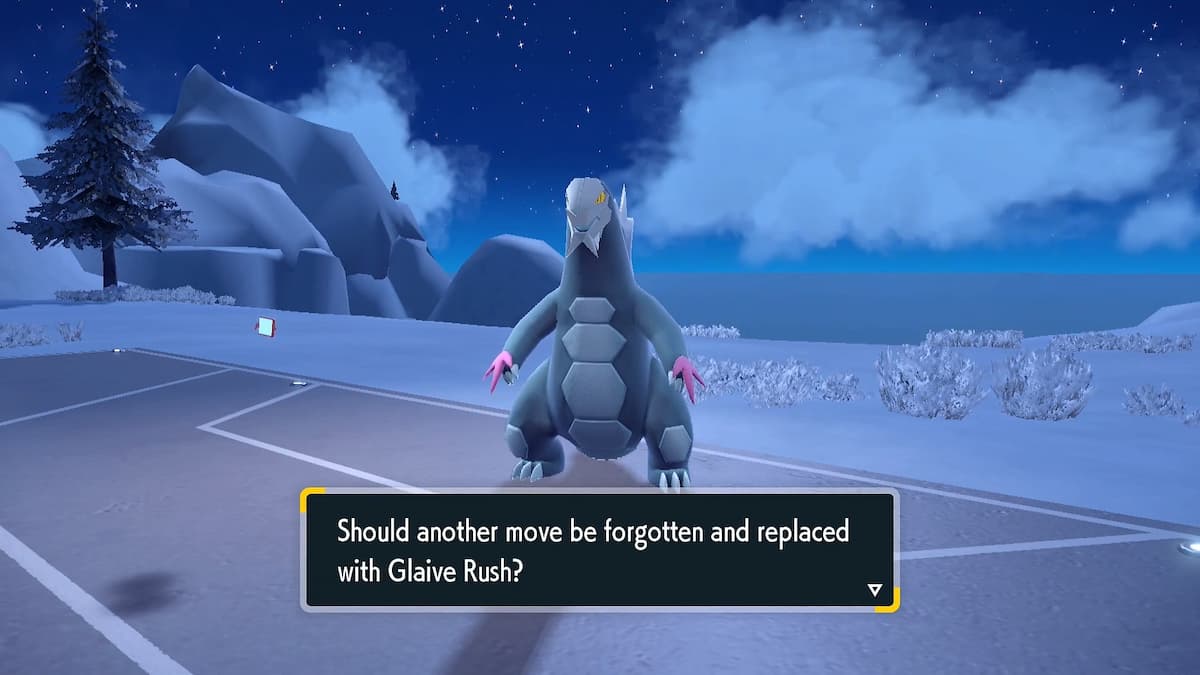 Baxcalibur is a seriously strong Pokemon because of its high attack and built-in healing with Ice Body plus Snow. It’s also great against other Dragon Pokemon because it takes advantage of Dragonite and Garchomp’s double Ice weakness. You’re probably wondering what the best way to raise this Pokemon is to maximize its potential, so here’s everything you need to know about the best Baxcalibur nature in Pokemon Scarlet and Violet.

What Is the Best Nature for Baxcalibur in Pokemon Scarlet and Violet? Answered

The best Baxcalibur nature is Jolly because it already has an insane 145 base Attack, so it’s more important to boost this Pokemon’s speed stat to take KOs and heal with Ice Body. This Pokemon has a lot of health and can take a few hits, plus Intimidate and redirection moves like Rage Powder give you more turns to fire off powerful attacks with little repercussion.

A move set for Baxcalibur should look something like this: Glaive Rush, Icicle Crash, Iron Head, and Snowscape. Ice and Dragon typing cover Dragon’s Ice Weakness and Ice’s Fire weakness, but Fairy is a problem that Iron Head can solve. Glaive Rush is as powerful as Outrage but doesn’t lock you in to a move or cause confusion. Icicle Crash comes with a chance to flinch opposing Pokemon, which combos with the extra speed from a Jolly nature.