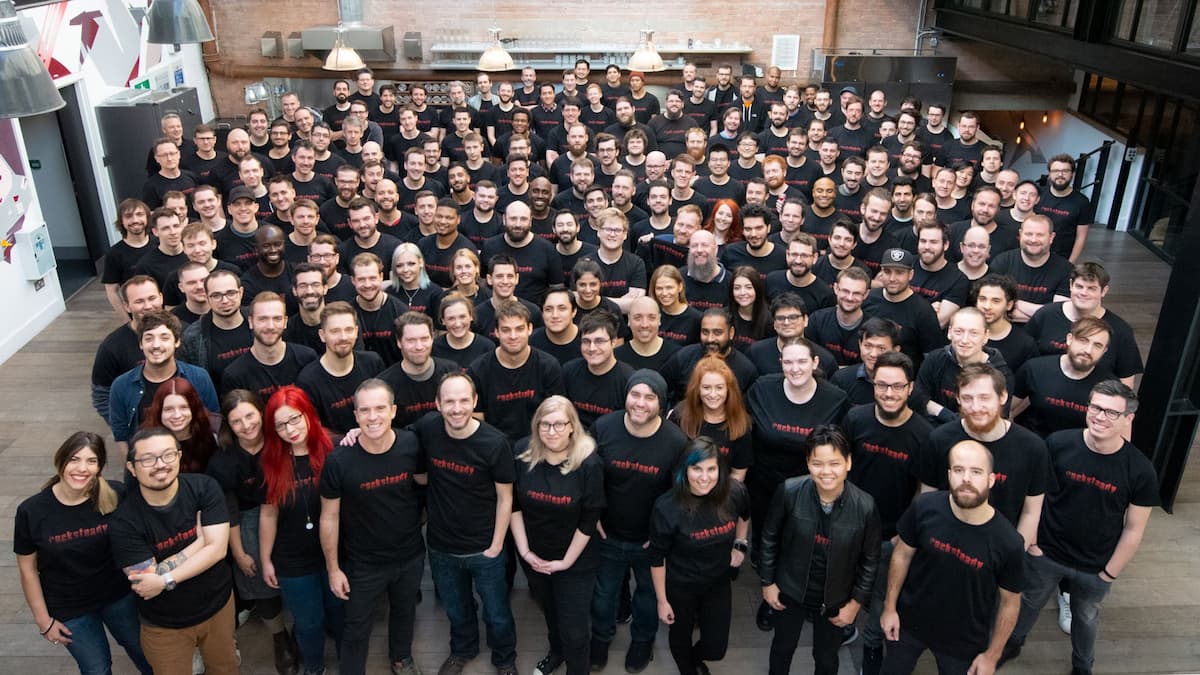 Much like any workplace, the video game industry is subject to high turnaround as members come and go in search of new challenges and opportunities. However, that doesn’t make it any less shocking when some of your favorite developers leave. Announced today, Rocksteady co-founder Sefton Hill and Jamie Walker have announced that they will be departing the studio, yet their reasons are unknown. Here’s what you need to know about Sefton Hill and Jamie Walker’s departure, as well as a few theories we have on their departures.

Before we go into our theories, it’s important to brush up on the news. Announced midday on Oct. 26, Sefton Hill and Jamie Walker composed a heartfelt letter describing that both would be stepping down from their roles at the end of the year.

Needless to say, after being with the company for 18 years, the news came as a bit of a shock for fans. The letter itself wasn’t exactly telling of what would come next for the two aside from a new chapter in gaming, yet there weren’t any signs of animosity or dysfunction either.

The most interesting piece of news from the letter was, of course, this quote from David Haddad:

“We have the utmost respect and gratitude for Jamie and Sefton and wish them all the best in their new endeavor, and like many fans, we look forward to what they do next.”

Co-founders and highly prolific names leaving studios is fairly common in this industry. In August 2018, Patrick Söderlund announced he would be departing EA after 12 years of service with the company that saw many advancements that he was well-known for, such as the development of the Frostbite Engine that would power a number of the publisher’s catalog.

Söderlund’s farewell letter echoed similar sentiments of commencing a new chapter in his career in the gaming industry. If you’ve followed his story, Söderlund’s gone on to become the CEO of Embark Studios, the studio in charge of THE FINALS and ARC Raiders. As the announcement has just been released, it’s fair to say Hill and Walker might follow a similar path which they will no doubt succeed in. Being at the helm of the Batman Arkham series is a nice addition to have on any résume.

Suicide Squad: Kill the Justice League May Be in Trouble?

Let’s play the bad guy for a moment, and think of how their departure could be a sign of foreshadowing. Since Rocksteady’s upcoming title was announced back in August 2020, fans have only seen brief glimpses of what’s to come from the studio’s next work.

Silence is never a cause for concern, but a sudden departure amidst a game we haven’t received an extensive look at is a little fishy, no matter how confident the higher-ups at Rocksteady and WB Games are. With Gotham Knights causing a divide in the Batman fandom, a lot of pressure is on Rocksteady to deliver a title that can fan the flames. Going back to Söderlund’s departure from EA, his announcement came after the firestorm of Battlefield 5 started.

Let’s be clear with one thing, we all know Rocksteady is very capable when it comes to making games. However, this new endeavor, that is the Suicide Squad game, is foreign ground for them after working on the Arkham series, which was a single-player experience.

That’s everything you need to know on a few theories as to why co-founders Sefton Hill and Jamie Walker left Rocksteady, as well as a quick recap of the announcement. Stick with us as we’ll cover any information in regards to their departures and what comes next for the duo. For now, be sure to check out our review of Gotham Knights or the latest update we received on Suicide Squad, which is the game’s delay until next year.