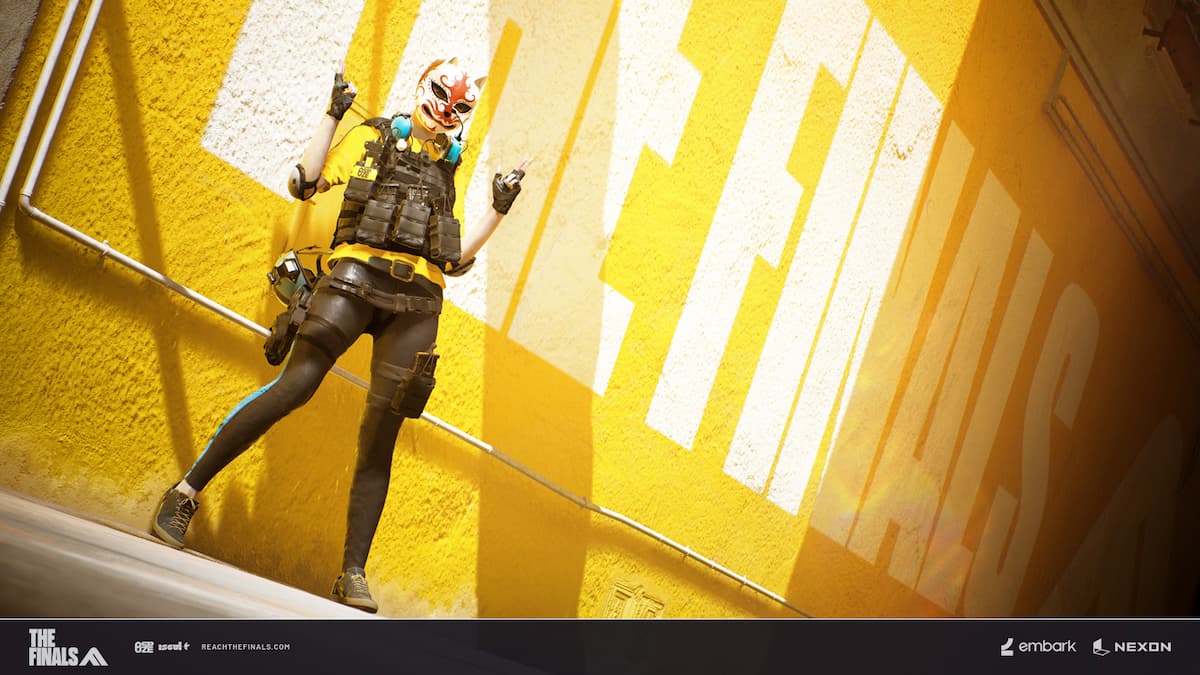 In 2018, EA’s chief design officer, Patrick Söderlund, left the giant publisher behind to found his own studio. Fast forward to 2022, and the small studio, comprised of former Battlefield developers, is looking to do something different with upcoming projects such as ARC Raiders and THE FINALS.

A new trailer has dropped for the latter title showing off insanely detailed graphics, explosions, and destruction aplenty as well as a look into some of the weapons players will use in Embark Studios’ arena shooter. Check out the trailer below.

THE FINALS is an upcoming free-to-play, FPS, “combat-centered game show” that tasks players with winning in a variety of virtually recreated spaces. These spaces take inspiration from real-world locations and, as shown in the pre-alpha trailer, can be torn down to the players liking as they aim to succeed. Using a variety of different firearms such as rocket launchers, melee weapons, and even a foam gun eerily reminiscent of the one from Prey. Players will need to outwit their opponents to succeed in search of the fame and fortune that comes from winning this prestigious event.

Even though this is pre-alpha footage, the footage is very well-done with clear inspiration from the older Battlefield trailers. There is no release date, but a closed alpha will commence on Sept. 29 for PC players. Those interested can sign up through the game’s Steam page, although it is not guaranteed access as slots are limited.