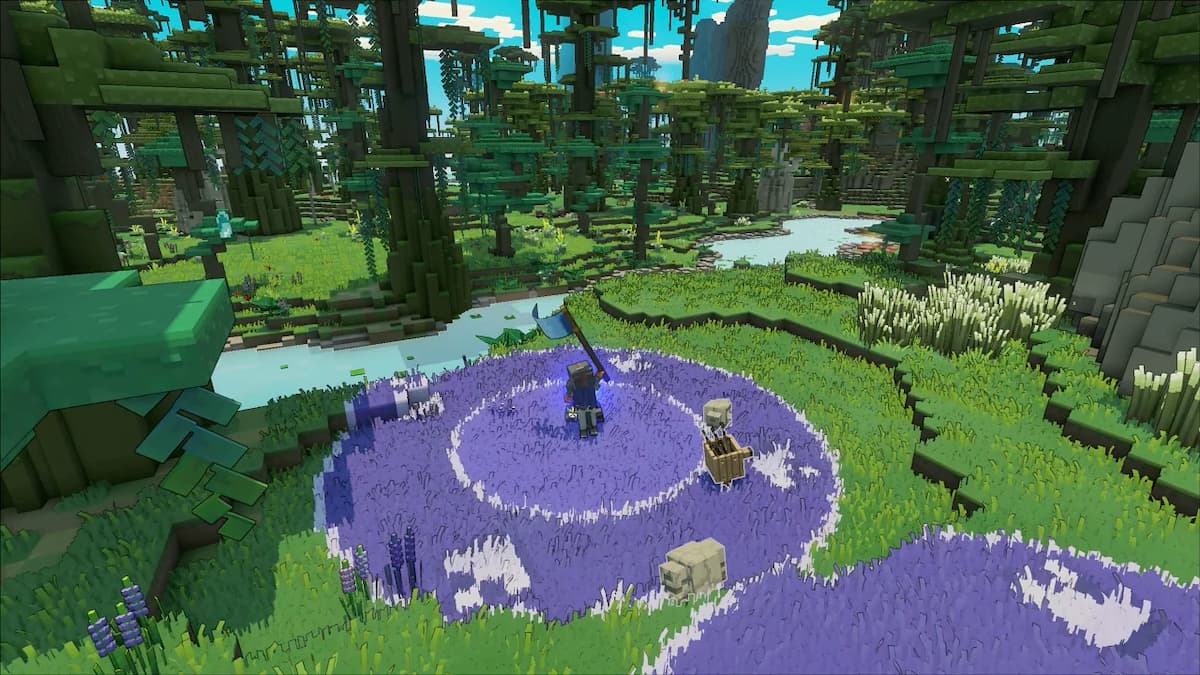 The creators of Minecraft have debuted a new action strategy game to the franchise. Discover the secrets in Minecraft Legends, where you’ll fight against evil Piglins to protect the Overworld—interested in playing this epic game? Here’s when Minecraft Legends comes out.

The release date of Minecraft Legends hasn’t been fully announced just yet. That being said, we know that the game will come out in Spring 2023.

The announcement of the release window has been made at Minecraft Live 2022, where the developers also showcased the opening cinematic and new gameplay.

It’s likely that the precise release date will be announced soon enough, but for now, we have to wait.

This latest addition to the franchise will be available on multiple platforms: Xbox, PlayStation, Windows, Nintendo Switch, and Steam. Xbox Game Pass users can also access Minecraft Legends on Day One.

Explore the beautiful Minecraft world and build structures to defend yourself against the Piglins. The threat of danger draws near, yet bravery and friendship keep hope alive. Lead your allies into the battlefield to go down in history as the heroes of the Overworld. Do whatever it takes to forbid the Piglins from using their Nether corruption, which has the power to take over the world.

Players can dive into the story of The Overworld of Minecraft Legends. The tale has been passed down from generations of Villagers, with no records to prove its existence. But, fiction or not, the legend remains to tell the story of a courageous hero that saved the once peaceful world.

Now that you know (at least in part) when Minecraft Legends comes out, you can expect updates as time progresses. You can also watch the trailer that debuted during The Xbox & Bethesda Games Showcase to see more of the game’s content. Then, be sure to check out the relevant links below and search for Twinfinite to keep up with the latest news.