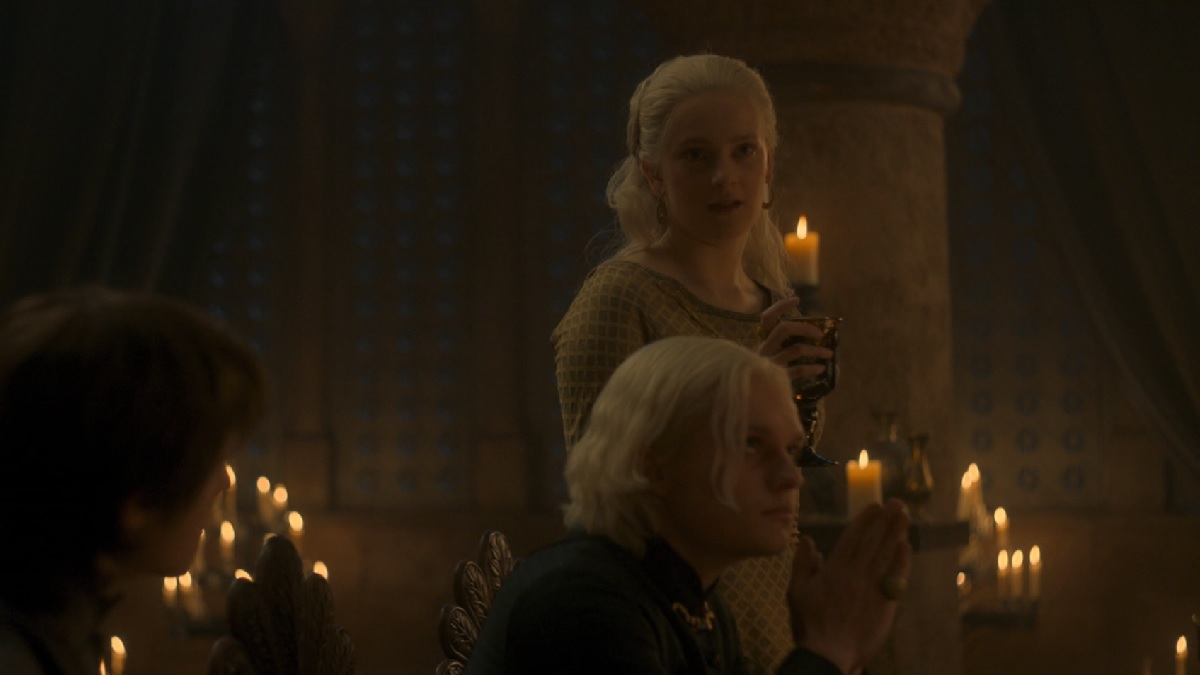 Helaena is a bit of a strange character in House of the Dragons. On more than one occasion, she’s made a few cryptic comments that, when viewed at a certain angle, referred to past and future events. Targayen’s aren’t strangers to prophetic visions, so what was Helaena’s latest prophecy about? What is the beast beneath the boards in House of the Dragon?

House of the Dragon Beast Beneath the Boards Explained

It’s unclear as to what Helaena is referring to when she says “Beware the beast below the boards,” but there are several possibilities.

One possible theory is that Helaena is foreshadowing the introduction of Blood and Cheese in House of the Dragon, two characters whose actions could be seen as “beastly”. Furthermore, they use hidden passageways to infiltrate the Red Keep, which takes care of the “beneath the boards” part of the phrase.

Another possible interpretation may refer to Larys. A fun fan theory suggests that Larys has skinchanger abilities, using the rats to scurry about and collect information. On several occasions, House of the Dragon has lingered on rats for a tad too long.

It’s also a possibility that the prophecy points to the White Worm, a creature that operates “below the boards,” so to speak. She keeps to the shadows, finding secrets about others, and gains power by pulling strings.

Finally, it could be as simple as Helena foreshadowing Rhaenys literally bursting out from the ground with her dragon at Aegon’s coronation. This act of defiance resulted in the death of hundreds of commoners, just so she could threaten the Hightowers with her power.

Whatever the beast beneath the boards in House of the Dragon means, Helaena has yet to be wrong. She once said that Aemond would have to “close an eye,” which was a twisted way of referring to Aemond losing an eye to tame Vhagar. For more guides and questions on House of the Dragon, find out why Criston killed Lord Beesbury.