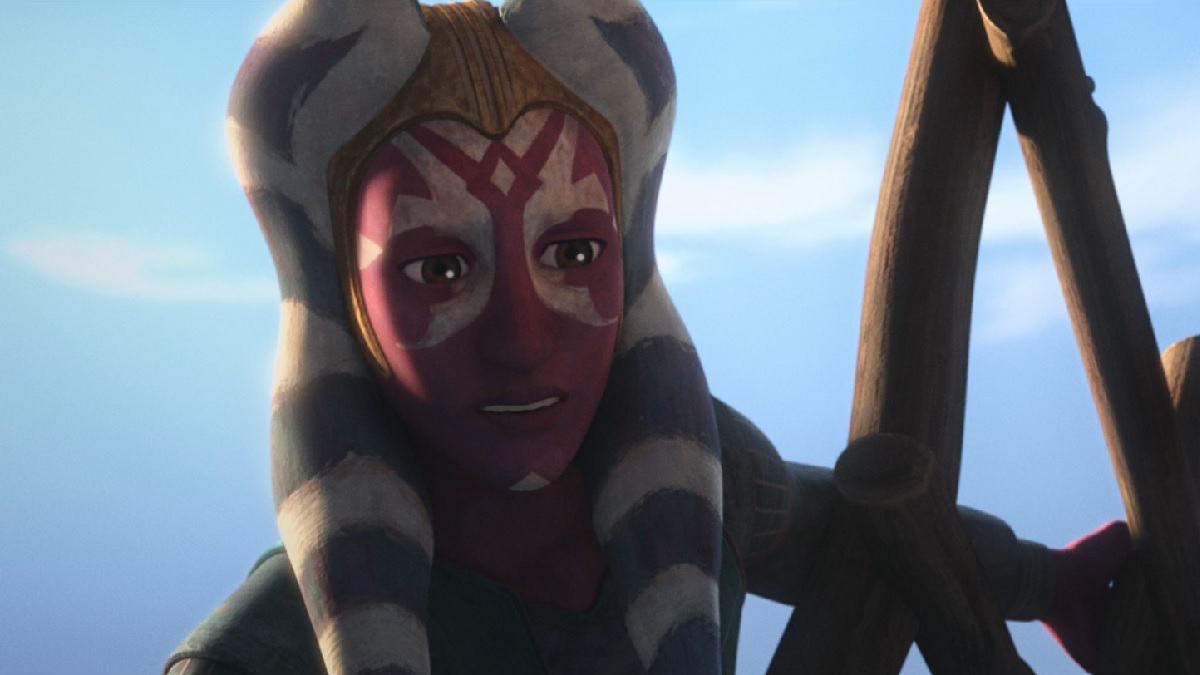 Tales of the Jedi is here and Star Wars fans couldn’t be happier; it handles the universe rather well, introducing viewers to new stories, along with a fantastic artstyle. The first season premiered with six episodes, with the first being “Life and Death,” which features Ahsoka Tano. There seems to be some confusion about what the Togrutas say in Tales of the Jedi: Life and Death at the start of the episode.

What Is Ahsoka’s Father Saying in Tales of the Jedi: Life and Death?

While the subtitles only state that Ahsoka’s father is speaking Togruti, we can use the context clues of the see to deduce that he’s announcing Ahsoka’s birth. Right after he speaks a few Togruti words, he shouts, “She’s here! She’s here!”

In Tales of the Jedi, the village gathers around to see the new baby Ahsoka, and even the village elder pays a visit to witness her naming. It’s clearly a special event for no other reason than her existence; Ahsoka’s Force-sensitive nature isn’t known just yet.

An explanation for that is simple: considering how the characters react to Ahsoka’s birth and Togruta’s attitude toward life, it’s a sacred moment. We don’t see any other children in the village, so either children are born at a very slow rate or it’s a rare event. Canonically, the Togruta population only numbers in the tens of thousands.

So, now you understand what the Togrutas say in Tales of the Jedi: Life and Death. You can hear Ahsoka’s cries just before her father announces to the village that she’s finally here. For more guides and inquiries for the new Star Wars animated series, find out if Tales of the Jedi is canon. Afterwards, learn why Count Dooku’s turn to the dark side was handled so well.