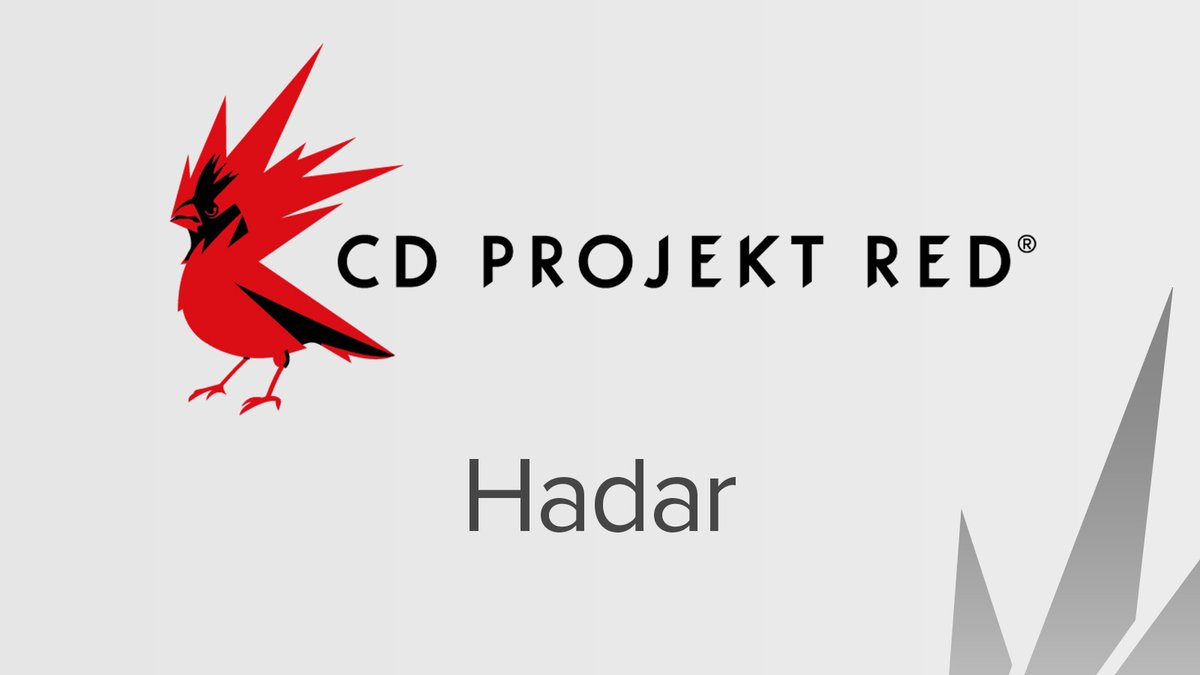 Polish developer CD Projekt Red has endured a torrid two years since the botched launch of Cyberpunk 2077, but its fortunes are slowly changing. Earlier this month, the studio unveiled an ambitious timeline of future projects following the success of the recent Edgerunners update. Here we’re discussing what CD Projekt Red’s new IP codenamed Hadar is all about and our theories as to what it might be.

While the sheer volume of CDPR’s string of new projects is somewhat surprising, their subject matter isn’t. All of the projects are set within its two immensely popular licensed IPs, The Witcher, and Cyberpunk 2077. Even after all the controversy surrounding the launch of the latter, and the resulting damage to its reputation, the studio was always likely to follow up with subsequent spin-offs and sequels. Project Hadar, however, is a different story.

The brand-new IP, codenamed “Hadar,” is the big mystery package in CDPR’s timeline. It’s an original IP, designed and conceptualized entirely in-house “from scratch,” and is said to be “distinct” from the studio’s other major pillar franchises.

So far, that’s about all we have to go on, other than the fact that it’s still in the “earliest stages of the creative process” by a “strike team” of developers. The actual development hasn’t even started on the project yet, and the company remains very tight-lipped about the nature of its design.

What Type of Game Is Project Hadar?

All we can do for now is speculate as to what sort of game Hadar might be, and with such limited information, it’s impossible to be even remotely sure. But there are a couple of hints in the announcement that we can extrapolate from.

Firstly, we know the game will be distinct from both The Witcher and Cyberpunk 2077, which means it is highly unlikely to feature a fantasy or cyberpunk aesthetic/setting. It would simply be too much of an overlap to have a game look anything like either of those.

We’ve seen studios such as Bethesda, who similarly has two major open-world IPs with very different aesthetics in The Elder Scrolls and Fallout, recently branched out to space opera with Starfield. Could CDPR be considering pushing the third pillar of its content resume in that same kind of direction?

Possibly. Although, it’s worth considering that an IP being “distinct” wouldn’t necessarily be limited to appearing different in aesthetic. There’s every chance Hadar isn’t even an open-world RPG at all. After all, we’ve seen major developers like Riot Games branch out from their usual wheelhouse to create completely new games in recent years. Think of Valorant compared with League of Legends — the massive leap from MOBA to FPS despite its lack of experience in the genre. Riot also has a fighting game and MMORPG in the works, too. Perhaps CDPR is thinking of adding an entirely new string to its bow with Hadar?

Another thing to consider is that CDPR was very clear in its belief that a multiplayer component would feature in many of its single-player games moving forward to “enrich the experience.” Such an interest in the multiplayer space might well telegraph that Hadar may not even be a single-player game at all. Perhaps this is some sort of PvE, live service title to compliment its typical single-player, story-driven content?

We’ll just have to wait and see before we can make any further assumptions, given that basically everything is on the table as of right now. That might not be for a while, either, considering the sheer volume of projects CDPR has in the pipeline and that the company typically takes a long time to develop its games.

Until then, for more on what CD Projekt’s IP codenamed Hadar is, keep it locked on Twinfinite, and check out some of our related CDPR content listed below.