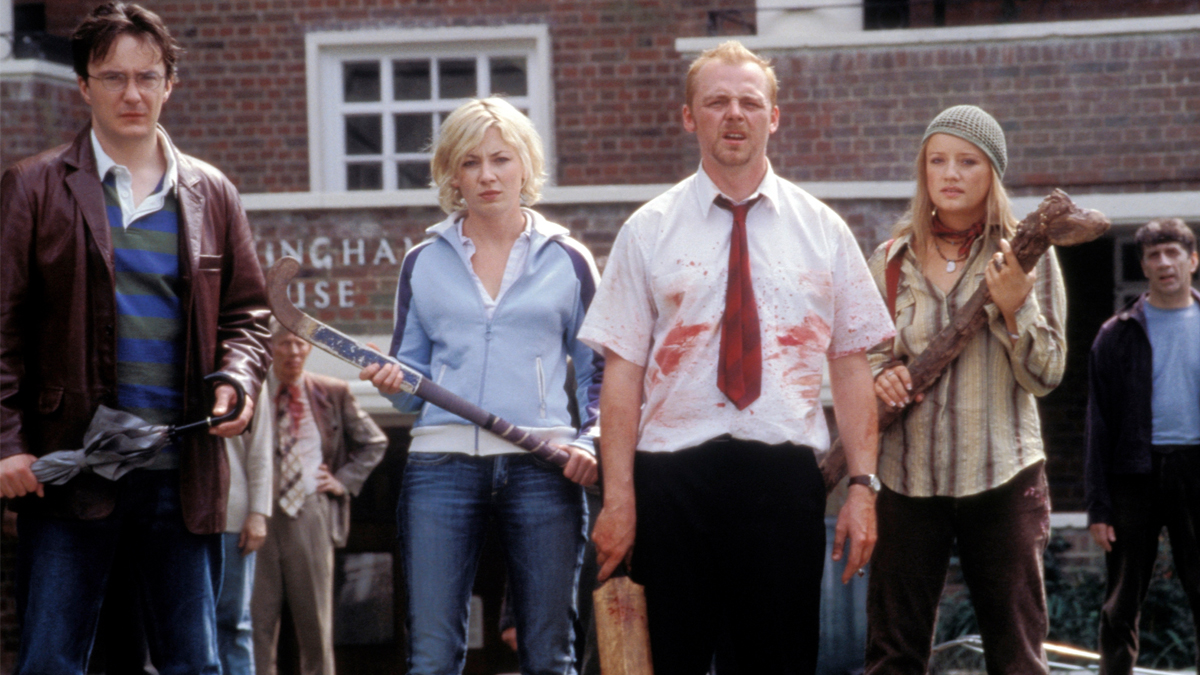 Whenever Halloween season rolls around, or if you’re in the mood to gather family and friends together at night for some giggles and cheers, there are the top 10 best funny scary movies to make your season full of spooky laughs. Watching any or all of these titles will leave you scared and happy at the same time, something that’s awkwardly enjoyable.

Give this film a watch if you’re in the mood for an outrageously quirky story based on a down-on-their-luck nice guy, who’s also a lovable loser with a romantic interest in a ditzy but naive stereotypical babe. The plant, named Audrey II or Twoey, is definitely charming, albeit morbid in its constant demand for food. This puts the protagonist, Seymour, in a tough spot as he succumbs to the plant’s wicked appetite.

There’s plenty of music to keep things lively and all of the zany situations will have you either laughing or totally baffled while making you weary of being around plants, especially the ones with teeth.

Shaun of the Dead

Shaun of the Dead came at a time when the genre of horror comedies had fallen flat and was believed to never resurface again. Well, Shaun of the Dead proved everyone wrong and added its own cup of tea to the mix. The premise may not be too original, with a sudden incoming zombie apocalypse at hand, but its goal was to parody zombie horror classics like Dawn of the Dead, and it did just that.

Instead of getting seriously complex with all the nuances of zombie viruses, it offers a simple mysterious disease as the cause and sets in motion the survival of the main group of characters. There’s nothing as serious or at stake for their survival, audiences already know there are still plenty of humans around this early in the stage of the zombie apocalypse. For that, you’ll be able to laugh at all the grossness going on and will enjoy a few jump-scares in the process.

Buffy the Vampire Slayer is light-hearted 90’s action and adventure at its pinnacle and can be easily enjoyed by anyone ready for some fantastical fun. Although it wasn’t the biggest box-office success of its time, it still made plenty of profit and earned its fair share of cult fans before being rebooted into a slightly more darker and dramatic television series.

Take the pop culture phenomenon of the 90s, the valley girl, and add vampires to the mix, and you get a vampire-slaying cheerleader who’s hot and ready to kick butt. The formula is simple and fun but gets the job done. This is a great flick to watch when you’re in the mood for action and some high school drama ramped up with a coming-of-age theme. There are plenty of vampires terrorizing humans and Buffy battles them with her stake and skills. This movie is pure campy fun, so grab your favorite snacks and watch this movie with your family and friends when you want to relive some 90’s high school shenanigans.

Hocus Pocus is a horror fantasy family film that has become synonymous with Halloween year after year and continues to casts a spell on audiences of each new generation. Disney+ just released a new sequel in time for Halloween 2022 and it might or might not quite capture the magic of the first movie, but you can always double dip by watching both movies back to back if want to have a fun Halloween movie night.

The original story follows two kids, Max, and his little sister, after they move to Salem and bring back a trio of wicked witches who once terrorized the 17th century. What ensues after is an adventure that gives ample screen time to the entertaining witches that steal the show, but by the end of the movie, you’ll still be rooting for the kids after realizing how terribly wicked the witches are.

Zombieland is the most serious movie on this list with its fair share of curse words, bunches of gore, and graphic mature content. It’s a prime example of a modern sci-fi urban adventure that plays out like an RPG video game set in a zombie-apocalyptic world. The story follows a group of survivors two months after an outbreak of a zombie plague who try to make it to Los Angeles where there’s a supposedly zombie-free amusement park where they can live out the rest of their lives.

Although the premise of this movie is a bit more serious and morbid, it does provide a comical perspective on what a zombie apocalypse could bring, without being overly dark and full of doom and gloom. Joining this group of iffy characters does provide hope that if ever zombies become an imminent threat, we just might survive and be able to rebuild.

The Haunted Mansion is another family-friendly horror comedy that, like most on this list, opened in theaters to negative reviews yet made double its budget in ticket sales and ended up becoming popular. It became so popular that Disney released an attraction in their theme park featuring a walk-through show while waiting in line and culminating into a ride on doom buggies through a haunted mansion.

The story is about a realtor, who’s also a father, and his family as they become trapped in a haunted mansion and must figure out how to escape before it proves to be the end of them. Watching this movie will bring you plenty of laughs and thrills while proving to be kid-friendly and without the typical jumps and scares you might expect from other horror movies. Since this was before the time of CGI, they did a great job without the overuse of computer special effects. The Haunted Mansion is an edgy family film that can be enjoyed by a wide range of audiences and might have you guys rushing to Disneyland to experience the thrill of the ride in real life.

Army of Darkness is a comedy action horror flick that balanced the campy lighthearted undertones of the 90s with a fantasy adventure feel. Almost like an isekai anime, the main character Ash gets transported back in time to the Middle Ages where he’s accused of being a spy for an opposing duke. He must find a way to escape, only to learn that he’ll need to find an evil book known as the Necronomicon Ex-Mortis to get back to his rightful place in time.

The entire movie achieves what few live-action Hollywood movies can: a cartoonish style that would naturally fit into any comic book or Japanese anime. This film is filled with dark comedy, straight-up horror, gore, and a good guy hero you want to root for, and as a result, it became an instant cult classic hit in 1981 and spawned a trilogy. Get in on the action by grabbing family and friends and watching this film showcase good guys kick but against hordes of diabolically evil undead.

The Goonies might seem like a family or kids movie, and that’s partially true, but it does have some scary edge that might frighten kids, and it’s also an original story that Stranger Things has used as inspiration. A group of ragtag adolescent kids that call themselves the Goonies finds themselves in a heartbreaking predicament when they realize their homes face foreclosure from businessmen who want to expand the land of their country club.

While poking around the attic of Mikey Walsh, the main character, the Goonies find a 1632 doubloon and a weathered treasure map that claims to know the location of a treasure once belonging to a pirate named One-Eyed Willy. They decide to go after the treasure in hopes to have enough money to save their homes. Soon after that, they run into a group of criminals on the run and both parties find themselves on an adventure to find the treasure.

While some kids might get scared by some of the characters and surprise dangers, almost everyone will be able to relate to this classic tale about a group of friends embarking on a coming-of-age adventure with a fantasy flair. Everyone owes it to themselves to watch this movie at least once, and you might even find yourself yelling, “Goonies never say die!”

The Gremlins is one of the few rare films to exist that can instantly combine cute and scary all into one live-action dark comedy movie. Expanding on the myth from the early 20th century, a gremlin was a slang term that later became a folkloric creature that was to blame whenever aircraft and other machinery would start to malfunction and break down without an immediate known cause. In the movie, a young man by the name of Billy is given an exotic pet called a mogwai for Christmas by his dad who bought it from a Chinatown shop. Billy’s dad explains that he was warned by the seller to keep the mogwai away from light, especially since sunlight will kill it; don’t ever get it wet, and never feed it after midnight.

The story sounds innocent enough, but there are plenty of mayhem and life-threatening moments where some characters don’t survive. All in all, it’s the type of movie that is no longer replicated today, and its special characteristics are difficult to capture in today’s modern forms of entertainment. Even though the movie takes place close to Christmas, it’s a flick that’s best enjoyed during a holiday like Halloween.

Nothing screams comedy, jump scares, and the supernatural like Ghostbusters. This group of four urban gentlemen from different walks of life in New York City joined together and started a cultural phenomenon that rocked pop culture with a dedicated following and is worth multi-billions of dollars. Ghostbusters is the movie on this list that launched rave reviews from critics and enjoyed instant success that only grew more over time.

Immersed in science fiction, the story follows professors Peter Venkman, Egon Spengler, and Ray Stantz as they encounter their first ghost and begin a business to help their city deal with paranormal activity. As their business takes root, they hire Winston Zeddemore to help with the growing demand for their services. As the team faces various challenges, they discover an ancient mythological deity of destruction bent on destroying the world. This adventure has it all: action, comedy, scares, and drama, so gather a group and watch this hit classic.

Most, if not all, of these films, share something in common; they were mostly bashed by film critics but later went on to entertain millions of people and become favorite classics after they were released on home video. All of these movies hold up incredibly well by today’s standards, even without the heavy use of CGI. In many ways, that’s an advantage that gives ample charm to each of them.

These top 10 best funny scary movies of all time might have become a bit more obscure than others, but they all still have their place in cinematic history and retain significant importance not only to their fans but also as movies that are watched every Halloween. 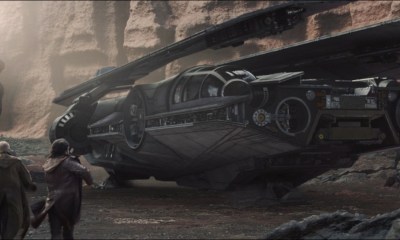