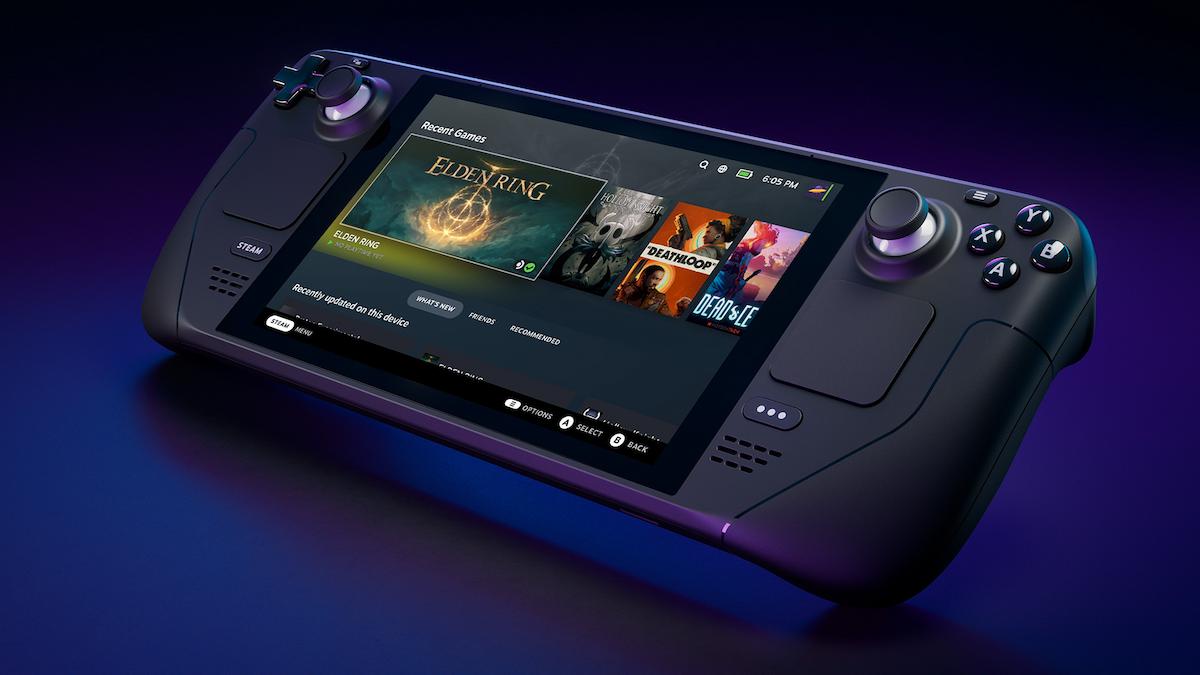 The Steam Deck is Valve’s latest hardware venture that puts your entire steam library into the palm of your hands. This portable console is aimed at bringing PC gaming everywhere but with power that surpasses what is possible with other handhelds on the market like the Nintendo Switch. This idea sounds promising and incredibly appealing but is a Steam Deck worth it?

The Pros and Cons of a Steam Deck

Since Valve announced that Steam Decks are now available without a reservation, many people are likely considering jumping in and grabbing one while they can. As with any purchase, there are plenty of pros and cons to weigh when deciding whether to get a Steam Deck. Let’s look at the reasons you may or may not want to get one.

Without question, the biggest pro for the Steam Deck is the games and the ability to take your entire Steam library on the go. But the access to games goes even further when you start to dive into emulation and expanding your library well beyond Steam and even other online stores.

Another pro you cannot ignore is the power that the Steam Deck brings to handheld gaming. Its specs far surpass the Switch and in a world with next-gen consoles like the PS5 and Xbox Series, the Switch is really starting to show its age. The hardware will give you the power to run games like Elden Ring which you just can’t expect to ever come to the Switch.

Pro: Not Just A Console

The Steam Deck is incredibly customizable. Unlike other consoles, the Steam Deck is a full-fledged computer that you can use beyond gaming. While most will likely purchase it for its gaming possibilities, this does mean that the Steam Deck can be customized to run Windows OS, install software you normally couldn’t, and use the device like a PC.

At the top of the list of cons is one for the technologically illiterate like myself. The Steam Deck is not a device that you can take out of the box and fully experience without some tinkering and configuring. If this is something that intimidates you, it may hold you back from the console. Luckily, there are tutorials that can help you get games like Overwatch 2 running, but you have to be willing to invest in a console that will require some work to fully enjoy.

It’s not a surprise, but the Steam Deck is quite a bit pricier than a Nintendo Switch. There are three tiers for the pricing: the base model is set at $399.00, the middle tier is $529.00, and the most expensive is $649.00. Many are likely to go with the middle tier or higher because of the SSD storage that comes in both those models. On top of that, the dock to connect to a monitor is a separate purchase that doesn’t come included with the console.

It really becomes a debate when you compare the Steam Deck and the Nintendo Switch or even the opportunity to upgrade your existing PC. If handheld gaming and power aren’t a big enough factor for you, it can be easy to opt out based on the price and look toward some of the competitors for gaming.

Should You Buy a Steam Deck?

Ultimately, I still debate on whether or not I should purchase a Steam Deck. There are a lot of exciting possibilities like emulation and opening my gaming world to a wider array of games that have been available on PC. I also have a love for handheld gaming and travel quite regularly, so the Steam Deck is a piece of hardware that is appealing to me overall.

As for whether you should buy a Steam Deck or not, it is likely a great purchase for anybody who is excited to fine-tune their gaming experience and patient enough to configure their settings to get the absolute best experience in handheld gaming. For now, I will personally wait for the price to drop a bit and build my confidence in configuring the technology.

That does it for our take on whether you should buy a Steam Deck. Be sure to search for Twinfinite for more gaming news and information.