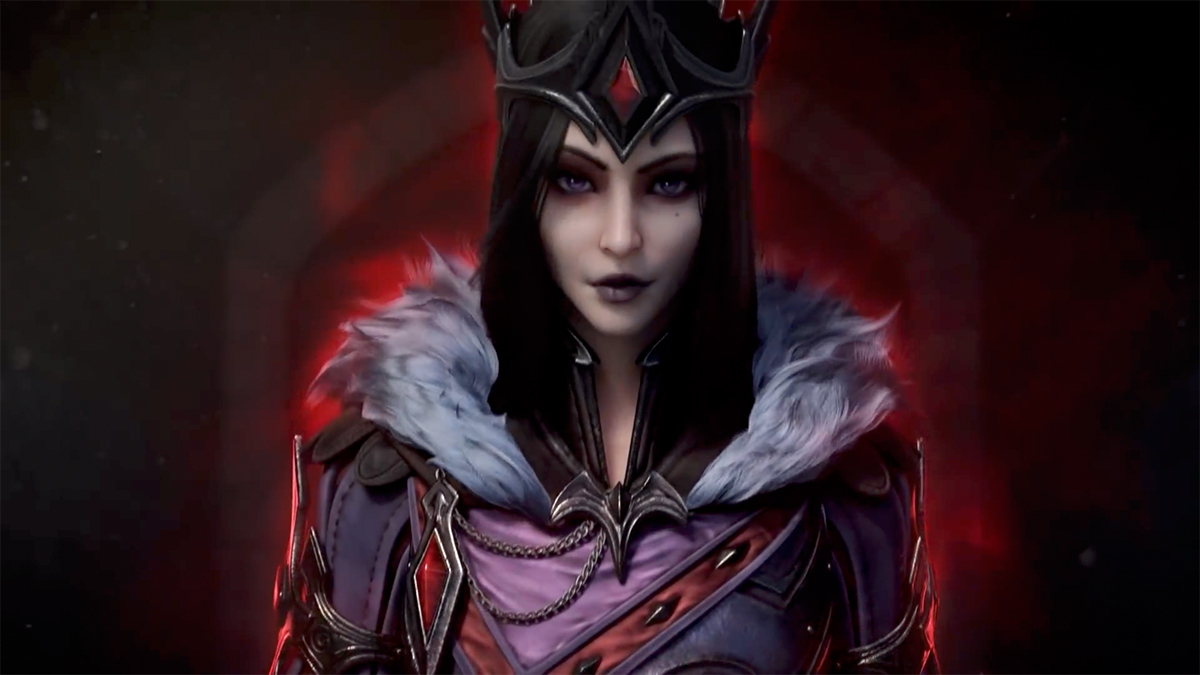 One of the members of the Arthurian Pantheon, Morgan Le Fey is an evil sorceress bent on destroying King Arthur. Introduced into the world of the MOBA game Smite, Morgan combines three types of magical abilities: mind, body, and soul. This means that among other mages in Smite, she has a few more options with her abilities and adds her own thematic effects. Here’s how to build Morgan Le Fay for Competitive Smite Conquest to enjoy her maximum potential as a mage. Before diving in, though, let’s briefly look at what makes Morgan so special.

She has one of – if not the highest – damaging magical AoE attacks in the game with her second ability. It also knocks enemies up and away for added crowd control and self-peel. The more enemies you can mark with her sigils, the more the game will reward you when using her consuming power. Her attacks also benefit from various crowd control making her an aggressive threat who works well with your assassin and hunter teammates. Finally, as a mage, she’s an exceptional balance of offense and support for your team comp because she has powerful Area of Effect (AoE) abilities that hit multiple enemies in a large radius paired with multiple Crown Control (CC) effects that negatively hinder the status of your enemies, unlike most other mages.

Building Morgan Le Fay in Smite for the Early Game

When it comes to building your characters in Smite, it all boils down to the permanent equipment items you choose to buy. All players start with a fixed amount of gold, so you’ll need to spend it wisely. You have enough gold to spend on at least two starting items, and you should have some leftover to buy some generic consumable items like potions. Finally, every character gets two free relic items that have a specific ability, one in the beginning of the game, and the second later in the game.

Thanks to the MP5 of these two items, you won’t need mana potions, but you can risk saving some of your leftover gold but make sure to buy 1-3 healing potions in case you find yourself getting ganked early or being out-poked by the enemy mid-laner. Starting relics are always based on playstyle, preference, and the enemies on the opposing team, but Purification Beads are always a safe choice.

Building Morgan Le Fay in Smite for the Mid Game

After saving up gold and returning to your fountain, you’ll be able to move into the second phase of the match. During the mid-game, you’ll want to complete these items to truly become a force to be reckoned with.

For the endgame, it’s all about making sure your damage is at its maximum potential and it can penetrate the defense of all enemies on the battlefield.

Now that you’ve learned how to Build Morgan Le Fay For Competitive Smite Conquest, you’re ready to take on the competition. Enjoy tearing up your opponents and helping your team attain victory. Morgan Le Fay has a steep learning curve, but has one of the most versatile kits in the game. Give her a try or continue to master her with this guide. You can also check out our guides for Scylla and Thanatos to help you keep up with the competition.

Be sure to search Twinfinite for more Smite content, including a rundown on how to get the PTS on consoles, as well as our ranking of the best gods in the game.