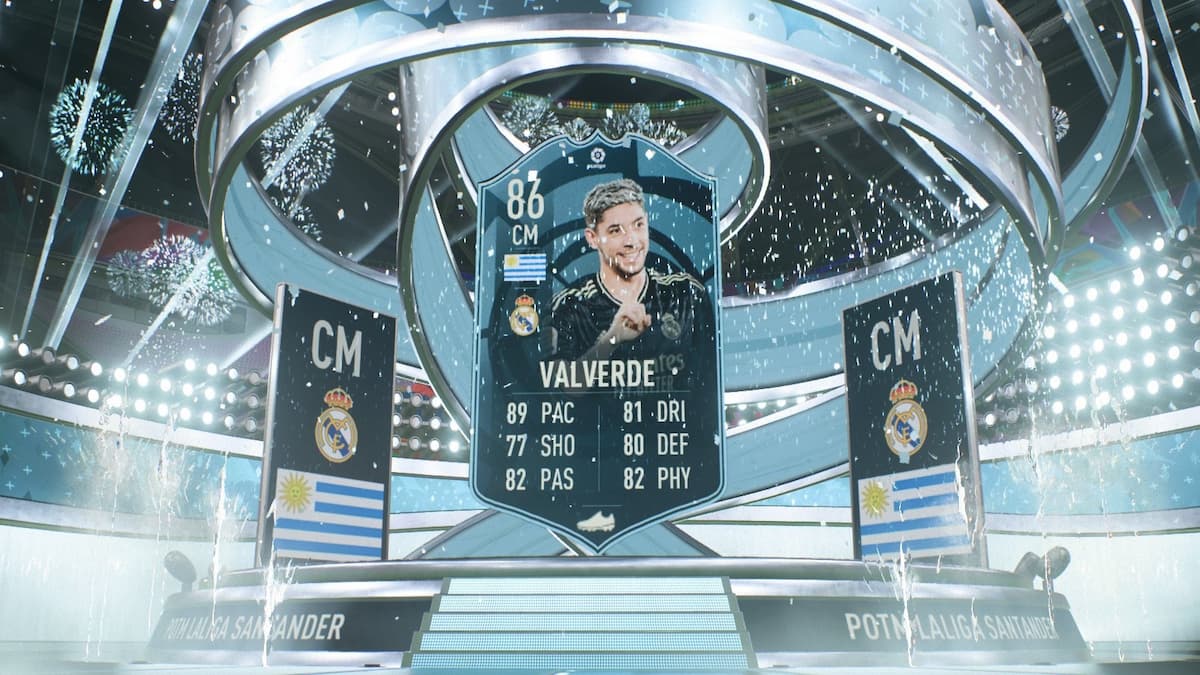 If players are looking to get a leg up in Ultimate Team, they don’t have to stray very far. From Road to the Knockouts and season-based objectives to specialty SBCs, cards are everywhere. That’s why today, you’re here to find out how to complete the Federico Valverde La Liga POTM SBC in FIFA 23.

Get ready to spend, FIFA fans. This 86-rated CM does not come cheaply. So, will he be worth it in the end? As always, that choice belongs to you. Below you will find three separate slates of objectives, as well as the rewards you’ll receive for completing them.

As promised above, this does not come cheaply. Of course, one could deduce that simply by observing an 87-rated squad requirement. So without further ado, let’s dive in!

This will be the cheapest of the three slates by a wide margin, and that 86-overall player requirement is a big reason why. Once you’re done finding the cheapest available option at that mark, you’ll be all set to fill out the rest of your build for a relatively minimal fee.

Fair warning, it only gets more staggering from here on out.

Get used to seeing Trent Alexander-Arnold, because he comes in handy for the next two builds. In this particular squad, he fills the 87-overall player requirement. He’s also one of the cheaper cards at that rating.

But an 85-overall squad rating is what it is, and it’s always going to run players a solid five figures. You will be able to get away with a small handful of 84-rated players due to TAA’s presence, but that’s about the only reprieve to be found.

This is where you ask yourself: Should I just buy a standard, still very good CM? That’s because players need not one but two folks at 88 overall or higher. We go with Ruben Dias and ter Stegen, who again fall on the cheaper end of 88+ players.

After that, however, you’re still going to have to blend a variety of 85, 86, and 87s throughout the build. There’s no way to get around this—an 87-rated squad is always going to be pricey. Unless you’ve got some high-rated cards lying around that you’re not using, there’s no avoiding have to shell out.

But that’s all you need to know to complete the Federico Valverde La Liga POTM SBC in FIFA 23. Have at him if you dare. And if you’re looking for more FIFA 23-related tips, keep it here at Twinfinite with guides such as how to heel to heel flick and how chemistry works—as well as endless information at the links below. Wishing you the best of luck, as always.