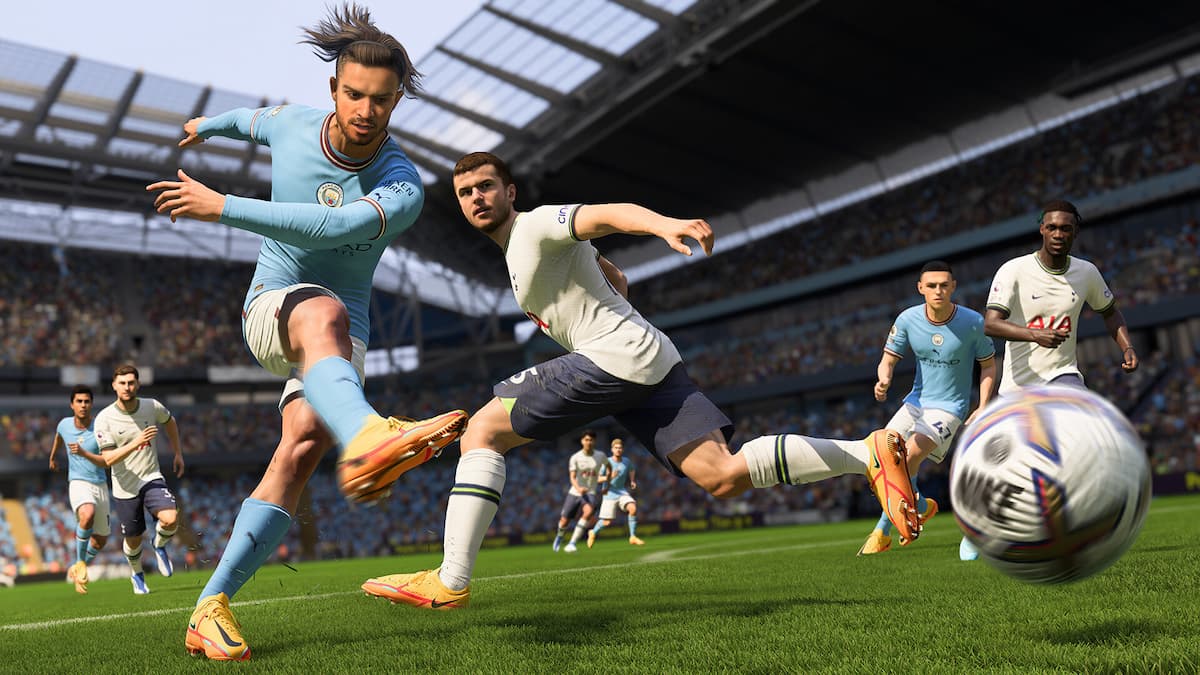 Every year, FIFA players hope for a couple of changes that will increase their enjoyment. And every year, some changes are made. One such change lies within the chemistry system. Chemistry has long been a big factor in building your Ultimate Team squad, so this year, we’re here to explain how chemistry works differently in FIFA 23.

The first thing players will notice with regards to how chemistry works differently in FIFA 23 is that the links of the past—be it red, yellow, or green—are no more. Instead, a points-based system has been introduced.

Going forward, this is what players will need to keep in mind while constructing their squads:

As you can see above, this is a very early Premier League squad. Of the starting XI, five are English. You’ll notice the diamonds on the bottom-left of each card; three diamonds represent full player chemistry. Since every player represents the PL, the squad has full chemistry. But that’s not all.

From the same screenshot, you’ll also notice a nice little breakdown of your squad’s total chemistry on the left-hand side. It indicates how many chemistry points your squad is earning based on league, country, and club. It also shows which leagues, countries, and clubs your squad is made up of.

Key Change to Chemistry in FIFA 23

One of the bigger changes is that it no longer matters where players are in relation to one another with regards to chemistry. So if you have a striker and goalkeeper from the same team or league—Jordan Pickford and Patrick Bamford, for example—that combination is going to give your club chemistry.

While they play for different clubs, they still represent the same league. Therefore, there is chemistry between them. Both of them representing England only adds to that.

Likewise, if you’re building a league- or nation-specific squad, your team will eventually rise to full chemistry. Yes, both Pickford and Bamford are English. But because all 11 are PL players, full chemistry is reflected regardless.

So that’s that, FIFA fans—everything you need to know with regards to how chemistry in FIFA 23 works. Does this feel a little unnecessary? Perhaps. Will it become an annoyance long-term? That remains to be seen. Taking away the links feels like a step in the right direction. We’ll see how everything else lands.

Until then, keep your eyes on Twinfinite for plenty more FIFA 23-related content ranging from how to fix the FIFA 23 web app not working and an explanation of the release dates of the web and mobile apps, as well as endless information at the links below.