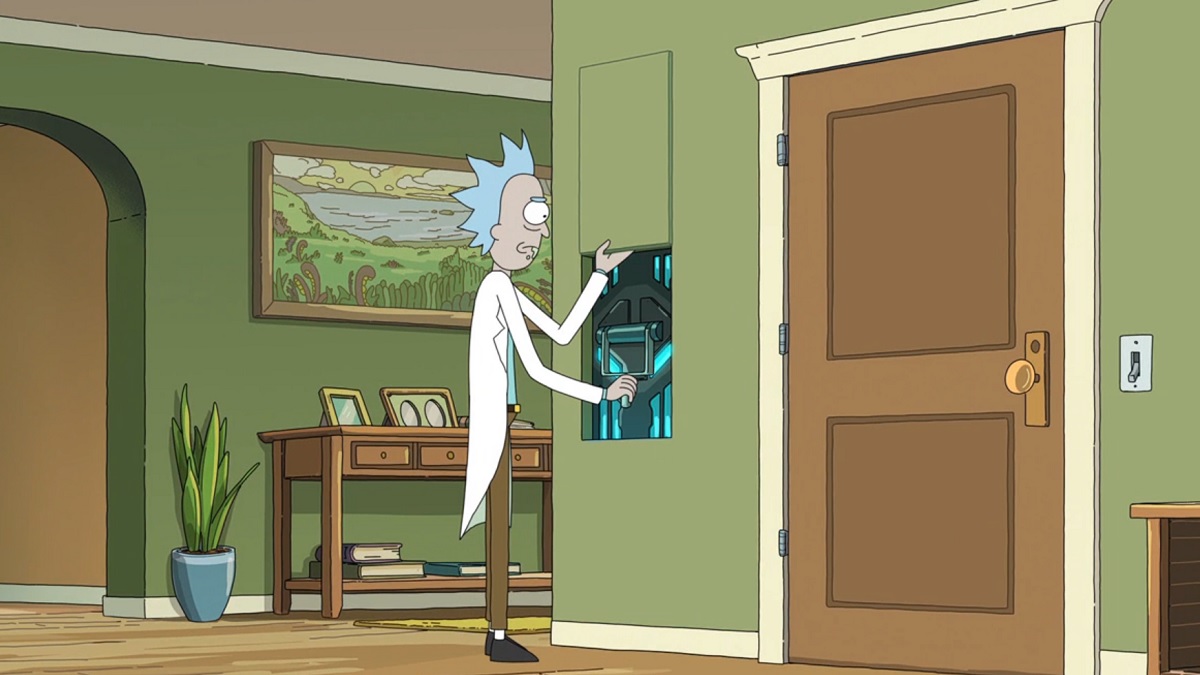 The premiere of Season 6 unveiled even more backstory to Rick’s past, along with a few pop culture references. It was also an episode about regret, like Morty being the catalyst for a post-apocolytpic universe where his father is the sole survivor or the consequences of Rick’s mistakes. Speaking of which, why did Rick flip a switch & what did it do in Rick and Morty season 6? It too is tied to Rick’s backstory.

Why Did Rick Flip a Switch & What Did It Do in Rick and Morty Season 6?

Rick flipped a switch to end a time loop that he installed. The citizens around him were forced to relive a single day, over and over again.

Just moments before, Rick C-137 was sent back to his original universe, the one in which Diane and Beth were killed. It was such a traumatic event for Rick that he must have invented a time loop device for the sole purpose of reliving the day they were killed. It’s not the only machine he built to torture himself—an AI Diane still “haunts” Rick to keep him on his path of vengeance.

Of course, as Rick put it, he used to “drink-drink,” and in his drunken stupor, his time loop invention had an unintentional  flaw: those around him were trapped to relive the same day as Rick, but their bodies were still aging.

When Rick flipped the switch, it ended the time loop and presumably everyone else who was stuck in it. You can even hear Mr. Goldmanbachmajorian crying out in happiness that “sweet death” has come at last.

Now you know why Rick flipped a switch & what it did in Rick and Morty season 6. For more Rick and Morty content, brush up your knowledge of the show by discovering who Diane is; otherwise, check out any relevant content below.